The warning issued today comes just weeks after state Governor Andrew Cuomo issued a desperate plea urging the richest residents to return to the city to help save it from economic ruin.

Stringer told Bloomberg TV he believes the city could save $400 million by refinancing debt and as much as $1 billion through efficiencies. The wealthy may need ‘to pay a little bit more to get us through this crisis,’ he said.

‘People of great wealth have done great in the city in the last 10 or 20 years, they should be prepared if necessary to step up, to help out as well when that happens,’ Stringer, who is running for mayor in 2021, continued.

‘It seems reasonable that people who have great wealth would want to help this city in which they make money.’ 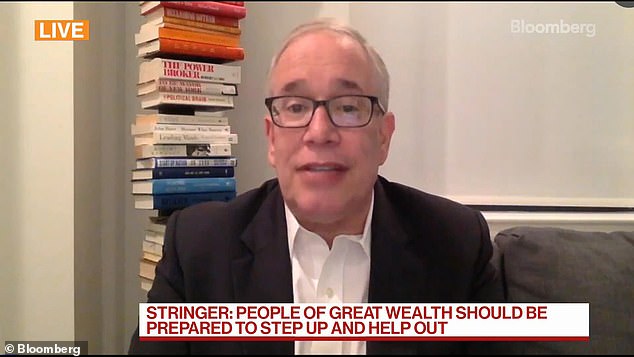 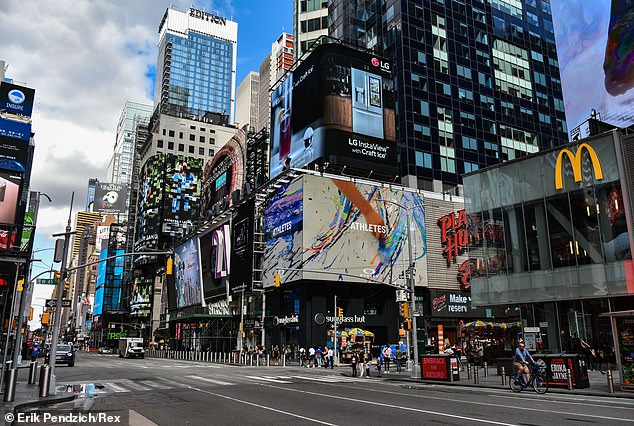 New York City already holds the unfavourable distinction of being first in the nation for the highest combined burden of state and local income taxes, at a total rate of 12.7 percent

Stringer also dismissed concerns that raising taxes for those in the highest percentile would likely drive them out of New York for good.

He said that people have fled many times over the years during various crises but inevitably return.

‘There will be some that leave,’ he said. ‘Why would you risk your life going to Texas or Florida or any place where you have governors who just ignore health and safety laws? You’ve got to be nuts to go there.’

While Gov. Cuomo had long been reluctant to the idea of raising taxes of the wealthy, late last week he appeared to have changed his tune.

Cuomo said that if Washington DC fails to provide additional crisis funding to offset losses incurred by the coronavirus pandemic, he will have no choice but to increase the burden on New York’s already heavily taxed residents.

‘This will be a hole in the financial plan so large that it will be impossible to fill,’ Cuomo said Thursday of the mounting debt. ‘What would we do to try to fill it? Taxes, cuts, borrowing, early retirements [of government workers]. All of the above.’

According to the governor, that scenario will not play out until others have been exhausted.

The ideal scenario would be for the federal government to provide relief, Cuomo said, before adding that ‘Washington is doing absolutely nothing.’

The second-best option would be for the U.S. government to increase taxes nationwide, so that New York is not put at a competitive disadvantage when compared to other states and cities, the Democratic governor added. 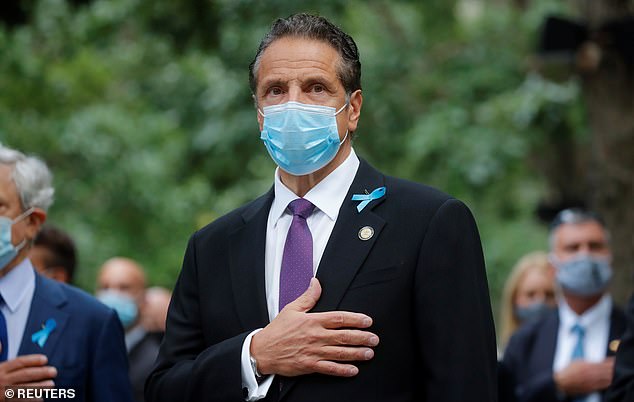 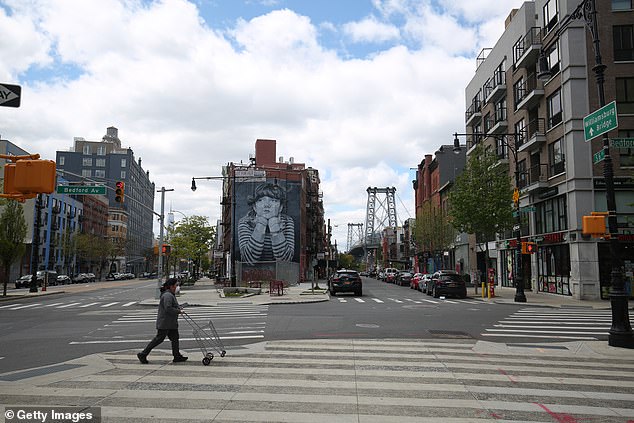 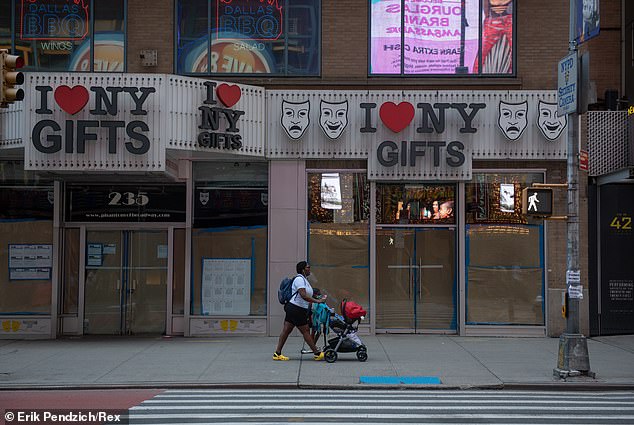 The governor has projected a deficit of $30 billion in the state over the next two years, due to the deadly impact of COVID-19

New York City already holds the unfavorable distinction of being first in the nation for the highest combined burden of state and local income taxes, at a total rate of 12.7 percent, according to Tax Foundation.

That works out to be an average annual hit of $2,877, the foundation said.

And only last month, the American Legislative Exchange Council ranked New York State’s economic outlook as the worst in the country for the seventh year in a row, mainly on account of its burdensome taxes.

Cuomo’s new threats to raise taxes comes as a stark reversal on his previous warning that such a motion would put New York at a competitive disadvantage with other states and lead to an exodus among high earners. 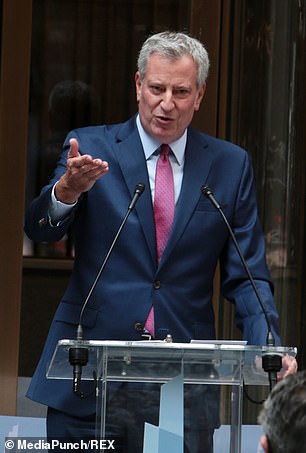 New York City Mayor Bill de Blasio, meanwhile, has been more vocal about raising taxes for the rich over the last few months

At the time, Cuomo even pleaded with the rich to return to help balance the Big Apple’s books.

New Yorkers have been leaving the city in droves since the pandemic began. Between March 1 and May 1, more than 420,000 fled, many of whom resided in the city’s richest neighborhoods, including SoHo, the West Village and the Upper East Side.

By the end of June more than 16,000 New Yorkers had permanently changed their address from NYC to a Connecticut address.

The moves away were driven, in part, by an increased fear of living in densely populated cities amid the pandemic.

But in addition to grappling COVID-19, New York City in particular has also struggled with escalating crime and homelessness in recent months, with encampments taking over large areas of the city.

The city’s up-scale Upper West Side neighborhood experienced an exodus of its own across August, with moving trucks lining residential streets and long-lines forming outside of U-Haul stations.

The exit came in response to a surge in crime, random violence, drug use, public urination and open prostitution following City Council’s decision to move thousands of homeless people into boutique hotels in the area to try and stop the virus spreading.

Following a public outcry, and threats of legal action, the city has since placed the scheme on hold.

Amid the unrest, Gov. Cuomo has projected a statewide deficit of $30 billion in the over the next two years, due to the deadly impact of COVID-19.

New York City Mayor Bill de Blasio, meanwhile, has been more vocal about raising taxes for the rich over the last few months, to ease the city’s woes.

Just two weeks ago, on an appearance on The Brian Lehrer Show, de Blasio said: ‘Help me tax the wealthy. Help me redistribute wealth. Help me build affordable housing in white communities if you want desegregation,’ in response to a question about integrating public schools.

And on Monday, de Blasio advocated for owners of local sports stadiums, such as Madison Square Garden and Yankee Stadium, to also pay more taxes to help aid the city’s bounce-back.

‘Let’s be clear – sports franchises have gained incredible value over the years,’ de Blasio said during a press briefing. ‘They clearly have the resources. I think the history in this city and pretty much all over the country was stadium deals were not good deals for the public, by and large. Some of the more recent ones have been better, but mostly they haven’t been that good.

‘Everything should be reevaluated especially at a point when the city is going to need resources for our recovery.’