Hotel quarantine blame game continues: Police and jobs ministers both claim they don’t know why private security was used instead of the ADF or police

The duo placed the blame squarely on the Department of Health and Human Services when they appeared before the state’s hotel quarantine inquiry on Wednesday.

‘It was a health emergency, therefore the control agency was DHHS,’ Police and Emergency Services Minister Lisa Neville told the inquiry.

The ministers said they don’t know who made the decision to hire private security companies to guard the state’s quarantine hotels, rather than Victoria Police or the Australian Defence Force. 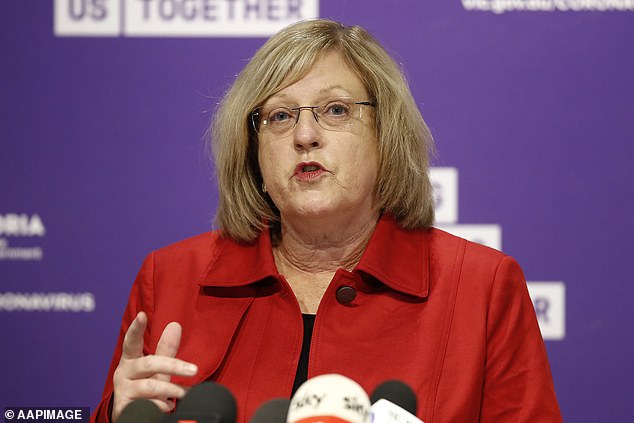 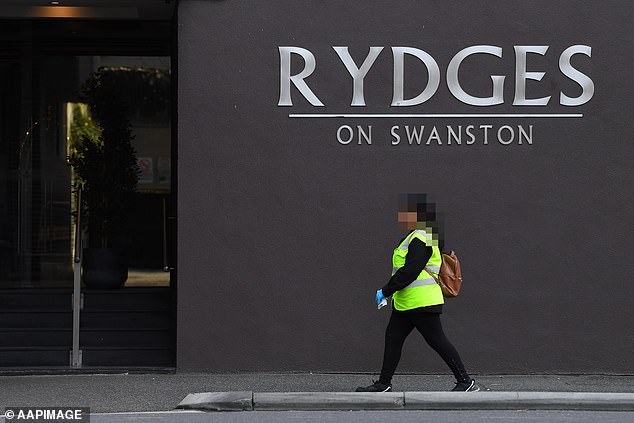 Pictured: A woman in a hi vis vest leaving Rydges on Swanston hotel in Melbourne, July 14.

The inquiry has previously heard it was Victoria Police Chief Commissioner Graham Ashton’s preference that private security be used, while Emergency Management Commissioner Andrew Crisp maintained there was no need for ADF ‘boots on the ground’.

Ms Neville had a scheduled meeting with Mr Ashton and Mr Crisp at 2pm on March 27, immediately after national cabinet announced the hotel quarantine program.

‘I believe that private security was raised by Commissioner Crisp. I’m pretty confident the ADF issues were raised by Mr Ashton,’ she said.

Mr Crisp previously told the inquiry he couldn’t remember what was discussed at the meeting but didn’t think he would have brought up security.

‘It was clear to me and I think to both commissioners that a decision had already been taken about the front line of enforcement at the hotels,’ Ms Neville said.

Jobs Minister Martin Pakula said his department was tasked with contracting hotels and security companies for the program but it was clear the DHHS had ‘overall responsibility’. 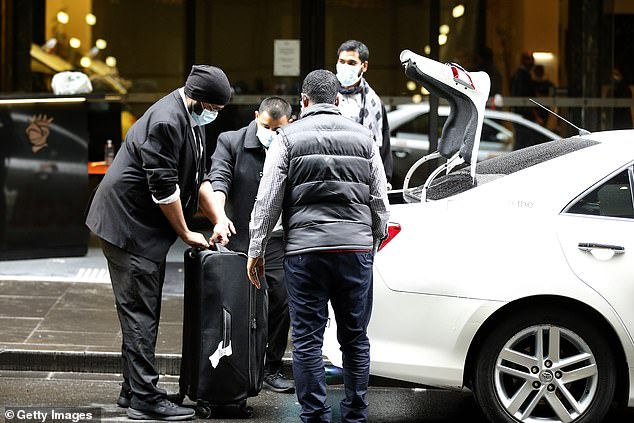 The contracts written up by the jobs department placed the responsibility of training guards, including in the use of personal protective equipment, on the security companies.

Cleaning obligations were put on the hotels, unless a returned traveller tested positive to COVID-19.

Mr Pakula said it was appropriate to place some onus on the contracted parties.

‘I don’t take from it a suggestion that there were no obligations on anybody else in addition to that,’ he said.

He said the DHHS were responsible for providing infection control advice to contractors.

More than 30 security guards and staff working at two quarantine hotels caught coronavirus from returned travellers and spread it into the community.

Some 99 per cent of second wave cases in Victoria can be linked to the two outbreaks.

The inquiry has previously heard guards received little to no training in appropriate PPE use and failed to adhere to social distancing rules.

Some were accused of sexually harassing nurses, hotel staff and guests. 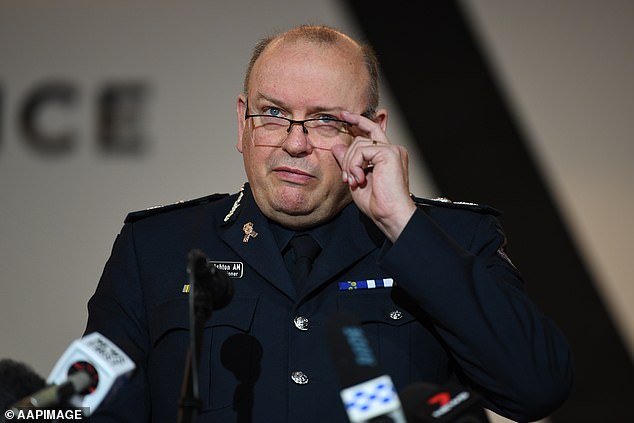 Victoria Police Chief Commissioner Graham Ashton speaks to the media in June. The inquiry has previously heard it was Mr Ashton’s preference that private security be used

The inquiry heard public servants in Mr Pakula’s department had concerns about the program as early as April.

But he admitted he did not know about them until the inquiry ‘had commenced or had been called’.

The Department of Justice and Community Safety took over the program in late June, using Corrections Victoria staff.

A submission to the Crisis Council of Cabinet around that time warned the police union and the Community and Public Sector Union may be concerned about ‘workplace health and safety risks for staff working in hotel quarantine’.

DHHS secretary Kym Peake will also continue to give evidence.

On Tuesday, she denied her department had ‘sole accountability’ for the program despite being the control agency.