By Frances Mulraney For Dailymail.com

Protesters immediately took to the streets in Louisville, Kentucky, on Wednesday afternoon after a grand jury indicted only one of the three police officers involved in the fatal shooting of Breonna Taylor.

Hundreds had gathered in downtown Louisville to hear the jury’s decision and erupted in anger, disgust and mourning as the charges in Taylor’s case were announced.

Women were seen breaking down in tears and screaming while others quickly gathered together to begin marching, despite the incoming 72-hour curfew and large parts of the city being closed down.

‘That’s is?’ some questioned while others called to burn the city down. 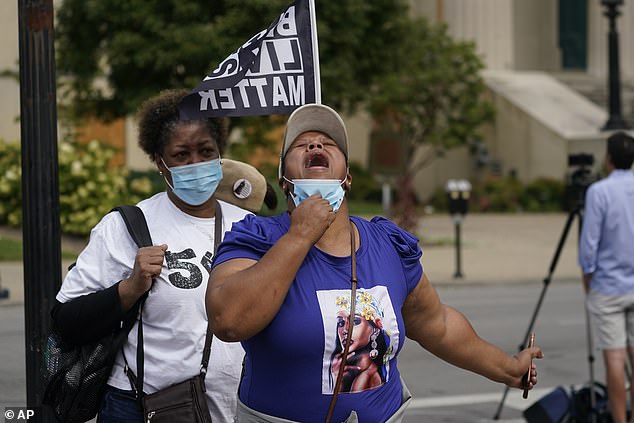 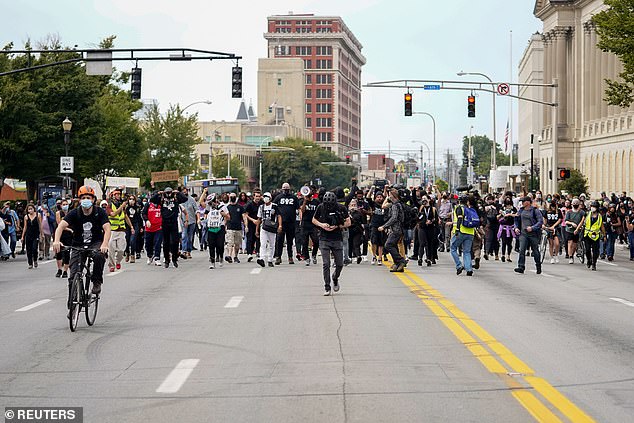 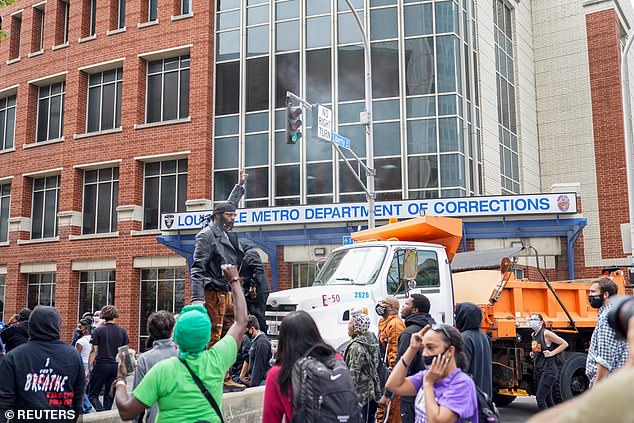 The protesters appeared to have been prepared to take action with a U-Haul van quickly arriving with shields and signs.

Video footage showed them rushing to offload the van before they marched toward the barricaded part of the city.

Helicopters watched over the demonstration as it kicked off shortly after the decision was heard.

By 2.15, the New York Times reported that 250 protesters were already marching with two dozen police cruisers in pursuit.

Earlier a group of 150 people had blocked an intersection of Broadway and 6th Street, just outside a barricade that authorities have established around city buildings to keep protesters away.

Cops quickly arrived and demonstrators moved along, watched over by more police cars.

‘It tells people, cops can kill you in the sanctity of your own home,’ Linda Sarsour, a Palestinian American activist, told the Times of the decision.

‘It’s unjustifiable,’ added Desaray Yarbrough, a Louisvilel resident who came out to watch the march as it went by.

‘The lack of charges is getting ready to bring the city down.’

Ahead of the announcement, Louisville Mayor Greg Fischer had announced a 72-hour curfew for the city beginning at 9 pm, with exceptions for those going to work or to seek medical treatment, in anticipation of unrest following the decision.

‘I urge everybody to choose peaceful and lawful protest,’ Fischer, a white Democrat, said shortly before the announcement.

‘This is obviously a really important time for our city. I want us to think about our kids and our grandkids and get this right.’

He had declared a state of emergency of Tuesday.

Barricades had also been placed around downtown this week to reduce access to the area.

Demonstrations over Taylor’s death have taken place for 100 days in Louisville.

Around the country, other cities were bracing for protests where there have also been weeks of unrest over Taylor’s shooting.

Gov. J.B. Pritzker of Illinois had spoken to the National Guard about being prepared for protests and had spoken to Mayor Lori Lightfoot of Chicago.