Families have given an emotional welcome to the crew of the Royal Navy’s oldest seafaring warship has returned home after being on deployment for three years.

Minehunter HMS Ledbury sailed into Portsmouth Naval Base having completed its mission to the Gulf, where it worked alongside three other mine countermeasure vessels.

The crew, who have been on board since January, were waved home by loved ones from the Round Tower in Old Portsmouth as the traditional homecoming was cancelled because of Covid-19 restrictions. 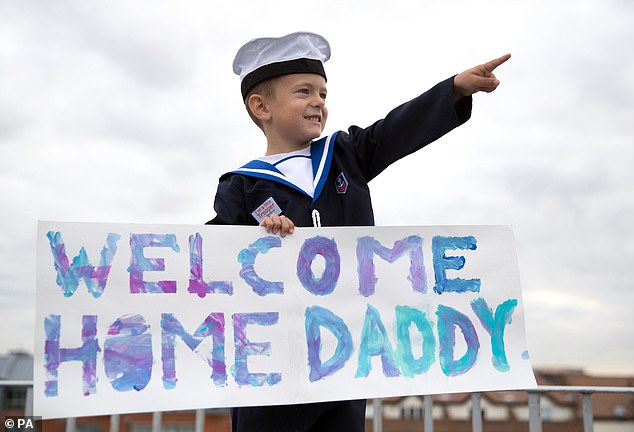 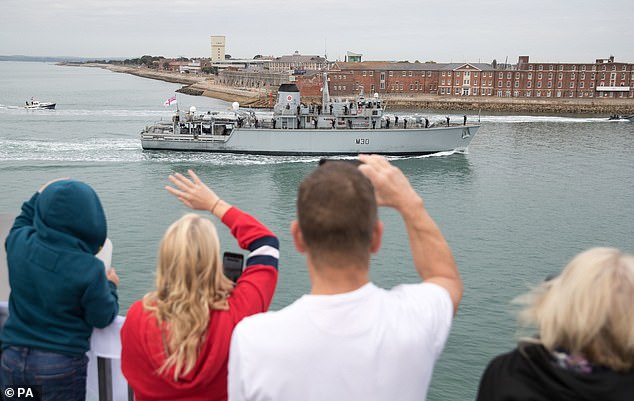 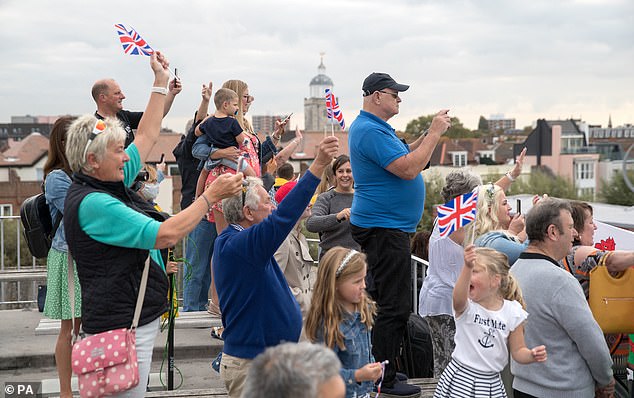 She said: ‘I’m excited, but I’m used to running everything myself and now I’ve got to fit him back in.’

She added that her husband and the crew were preparing themselves for a world changed by the coronavirus pandemic.

Mrs Lamb said: ‘He’s excited but daunted as everything has completely changed. For them it’s been business as usual.

‘They’ve been allowed shore leave but we were meant to go out and visit him in Dubai in May for my birthday but it was cancelled. I was gutted.’

Ethan said: ‘I’m really excited. I’m going to say ‘I love you’ when I see Daddy.’

AS Lamb, 27, said: ‘I’m absolutely buzzing to be back, it’s a little bit worrying as we don’t know how things will be with Covid-19.’

During the crew’s eight-month deployment, they have spent 116 days at sea, with the ship’s anti-mine drone Seafox carrying out 57 missions and the vessel’s clearance teams making 88 dives. 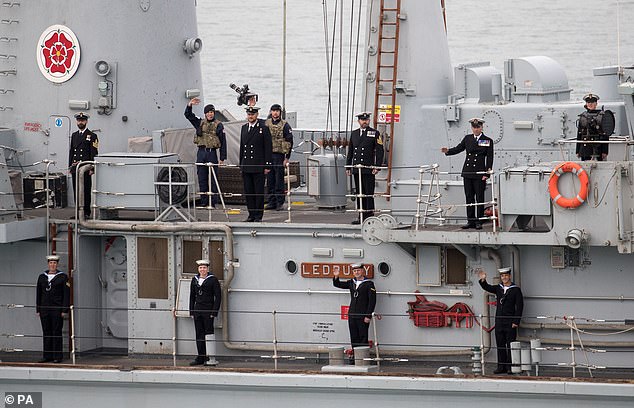 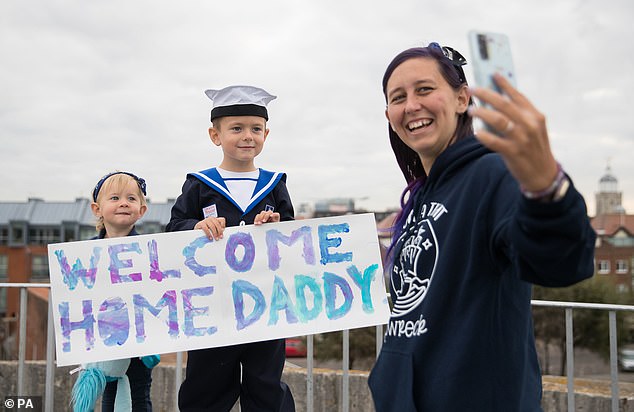 Jane Lamb makes a video call to her husband Able Seaman Shaun Lamb onboard HMS Ledbury alongside her son Ethan, 4, and daughter Aria, 2 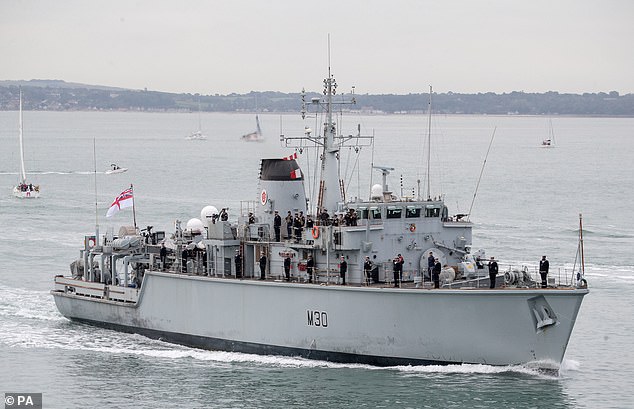 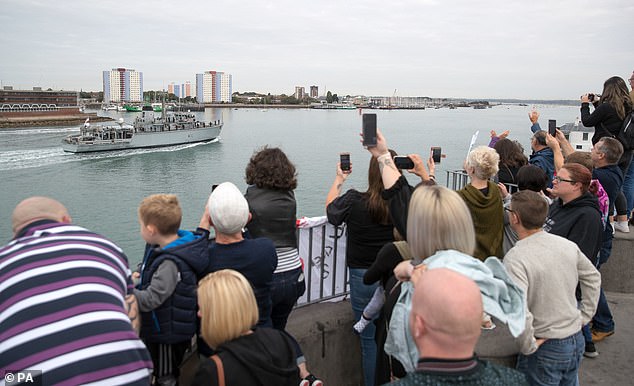 Commanding officer Lieutenant Commander Matt Ellicott said: ‘We’re delighted to return to the familiar sights of Portsmouth Harbour and to have brought HMS Ledbury, the oldest seafaring vessel within the Royal Navy, home after another successful deployment over the past three years.

‘It is a shame that our families aren’t able to greet us within the naval base but it’s always great to see them and so many well-wishers at Round Tower and Southsea Beach to welcome us home.

‘A proud crew have completed a highly successful eight-month deployment in the Middle East against a backdrop of high regional tensions.

‘This is a hugely commendable effort and testament to our people.’

HMS Ledbury, which was commissioned into the Navy in June 1981, will now undergo a period of maintenance in base.