Scott Morrison repeatedly refused to say whether Australia’s unemployment has peaked amid the coronavirus pandemic.

The Prime Minister was asked if the unexpected drop in the jobless rate from 7.5 per cent in July to 6.8 per cent in August meant the worst was over.

More than 110,000 Australians returned to work over that month, according to ABS figures, as all states but Victoria stayed open and the economy improved.

‘Well it’s a bit hard to say, on the measured rate, I must say and there are conflicting views,’ he said.

‘The figures that came out this week were a pleasant encouragement in terms of their improvement but for those who still don’t have a job, that is no comfort to them.’

Mr Morrison instead said he was pleased the economy was adding more jobs and expected there would be more over the next three months. 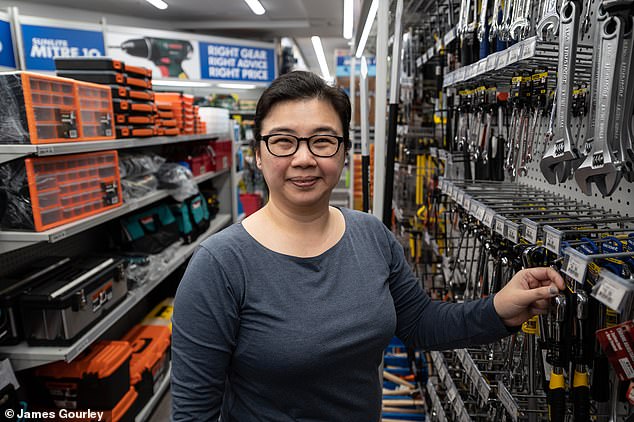 Women are leading Australia out of the coronavirus recession with unemployment falling in August for the first time since the health crisis – creating 111,000 new jobs. Pictured is Sydney Mitre 10 hardware manager Ching Ching

Mr Morrison said he was trying to answer the question, but failed to give Speers a straight answer for a third time.

‘I’m saying there are going to be more jobs come back in.

‘The measured rate of unemployment will depend on how many people, what the participation rate is, and all of those things.

The PM said once Victoria finally got out of lockdown there would be many more back at work, and he expected hundreds of thousands more by Christmas.

However, what that would do for the actual unemployment rate, he refused to make a prediction.

‘I’ve got to say, I hope it’s lower, but at the moment it’s hard to say where the course of the pandemic is,’ he said. 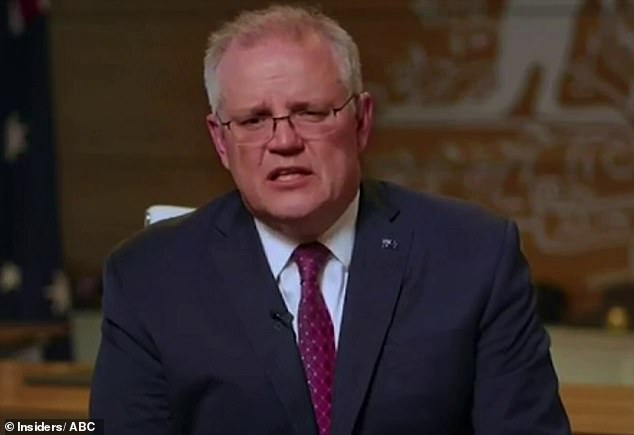 Mr Morrison said unemployment rates could also be affected by the course of the pandemic overseas, regardless of what happened in Australia.

‘We’re in the middle of a global pandemic recession and so Australia’s growth is also going to be affected by that and they’re issues that are well beyond our control,’ he said.

Mr Morrison was also likely taking into account the effects of JobKeeper ending and unemployment payments being cut.

JobKeeper will be dropped from $750 a week to $600 a week from September 28, which could cause businesses to retain fewer staff.

Jobs recovery at a glance

Unemployment rate fell from a 22-year high of 7.5 per cent in July to 6.8 per cent in August

The program has been extended to the end of March while unemployment welfare will stay doubled at $550 a week, with tighter criteria, until the new year.

Almost two-thirds, or 55,000 of those leaving the unemployment queues, were women.

Australia’s youth unemployment also fell from 16.3 per cent to 14.3 per cent.

Victoria’s unemployment rate of 7.1 per cent was above the national average, as the number of people employed fell by 42,400 as a result of the COVID-19 restrictions.

Of the big states, New South Wales had the lowest unemployment rate of 6.7 per cent.