Scott Morrison has warned that coronavirus is ‘keeping us from living’ as he urges state premiers to open up their borders and economies.

In a speech in Newcastle, NSW on Tuesday, the prime minister said successfully fighting the virus means protecting jobs.

‘During this pandemic we continue to do better than almost every other developed country in the world when it comes to protecting lives and livelihoods,’ he said. 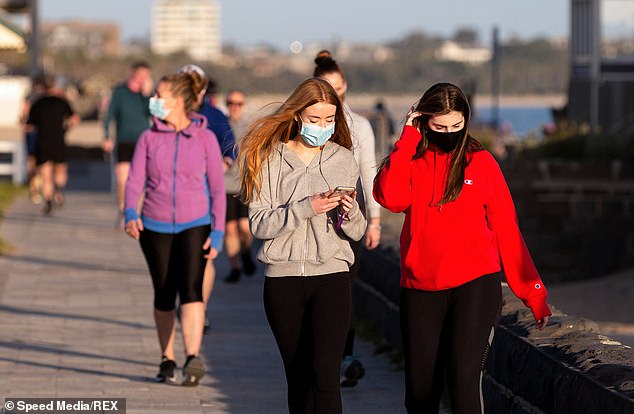 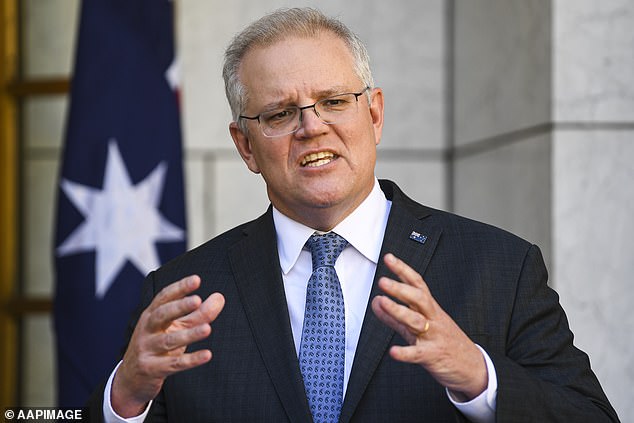 ‘But as long as we are closed, we cannot claim success, as a country. If we are shut, we are not living alongside the virus, the virus is actually keeping us from living.’

Victoria premier Daniel Andrews on Tuesday announced that regional Victoria will be allowed out of lockdown from Wednesday night.

Melbourne will remain locked down until it has fewer than five cases per day, which is expected to take until October 26.

The prime minister said: ‘So as we emerge from this second wave in Victoria, and I had a good message from the Victorian Premier this morning, let’s now seize the opportunity ahead of us to safely and successfully reopen this country, reconnect this country, and stay open.’ 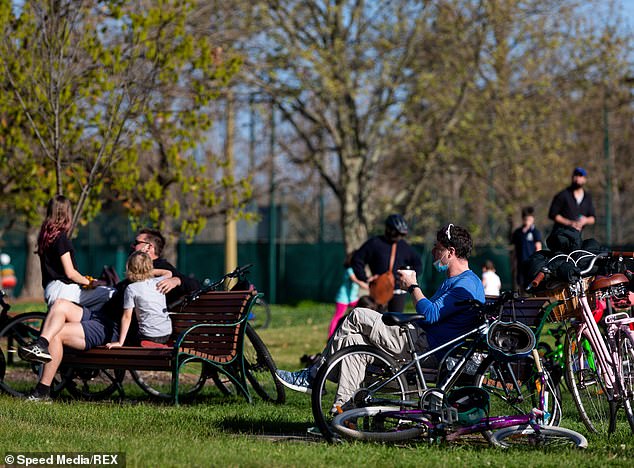 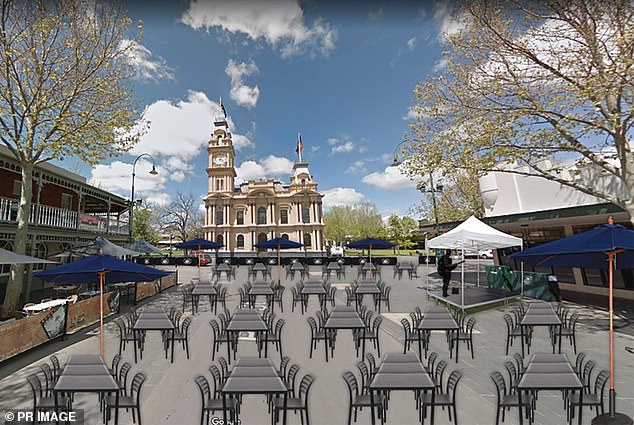 Victoria wants restaurants to set up outside to reduce the spread of coronavirus. Pictured: A CGI of what Melbourne may look like

Mr Morrison has been pressuring state governments to open their borders.

The federal coalition has berated the Queensland Labor government over its strict border restrictions which denied a Canberra woman permission to attend her father’s funeral.

A dying Queensland father desperate to see his children also caused outrage. He will get to see them but they will be in full PPE and unable to touch. The prime minister has contributed $1000 towards a GoFundMe campaign for the visit.

Queensland Health Minister Steven Miles accused the federal government on Saturday of targeting the Labor premier because of their hopes for a Liberal win at the looming October state election.

‘These restrictions apply in Tasmania, South Australia, Western Australia and the Northern Territory,’ he told reporters.

‘But did you see Scott Morrison talk about any of those states?

‘No you didn’t. What you saw was a planned and orchestrated attack.’

The NT has announced a significant relaxation of its borders to Sydneysiders from October 9, dropping the two-week quarantine requirement.

‘Our hotspots policy is nation-leading and it is working,’ chief minister Michael Gunner said.

The federal government is aiming to convince the rest of the nation to adopt a hotspot approach, with the topic again on the agenda at next week’s national cabinet meeting. 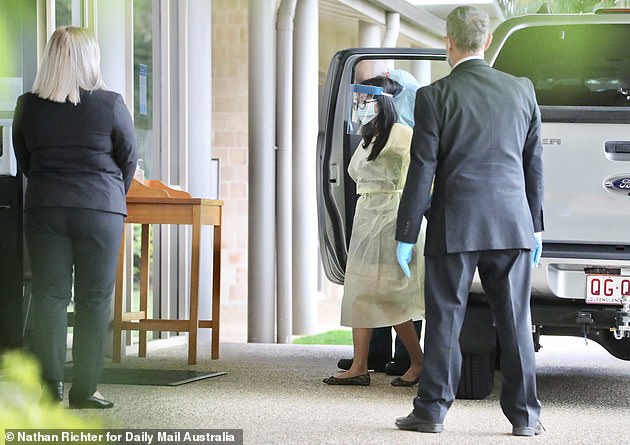 Sarah Caisip (in yellow) was allowed to have a private viewing of her father’s body, dressed in PPE and with security guards minding her. She was not allowed to greet her family