South Australia could reopen its borders and allow NSW and ACT residents into the state without quarantining as early as today.

SA Premier Stephen Marshall said he hopes open the border to business and family travel as soon as possible.

The South Australian Transition Committee will meet on Tuesday morning to discuss the border restrictions as well as COVID-19 cases in NSW and the ACT. 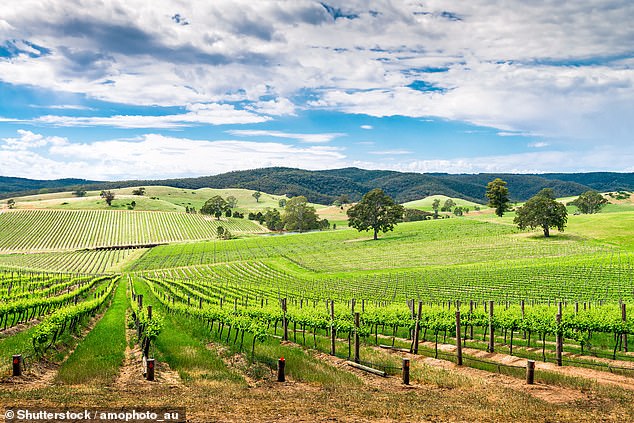 South Australia is set to reopen to NSW and ACT this week, allowing eastern residents to travel to the state without spending 14-days in quarantine. Pictured: Barossa Valley 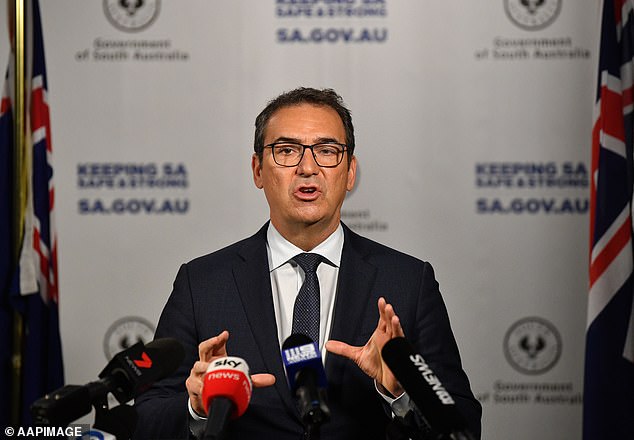 But Mr Marshall says he will not do anything that is contrary to health advice.

‘We want to give as much of a leg up to those people who want to travel as soon as possible,’ the premier said on Monday.

‘The numbers are looking really good. Just four new (coronavirus) cases in NSW. If they give us the advice tomorrow, we’ll be very quick to open that border.

‘I’m very keen to open that border the minute I get the advice that it’s safe to do so.’

Visitors from NSW and the ACT have been forced to quarantine on arrival in South Australia since March and must self isolate for 14 days.

The anticipated border announcement is set to remove this mandatory quarantine period.

In other changes to coronavirus rules, the premier said he was hopeful crowds of up to 25,000, or about 50 per cent capacity, would be possible at Adelaide Oval for any AFL finals matches.

He said significant crowds were at games over the weekend, and SA Health officials were reviewing how those games were managed to consider any next steps in increasing numbers.

SA reported no new virus cases on Monday, leaving the state’s total since the start of the pandemic at 466. 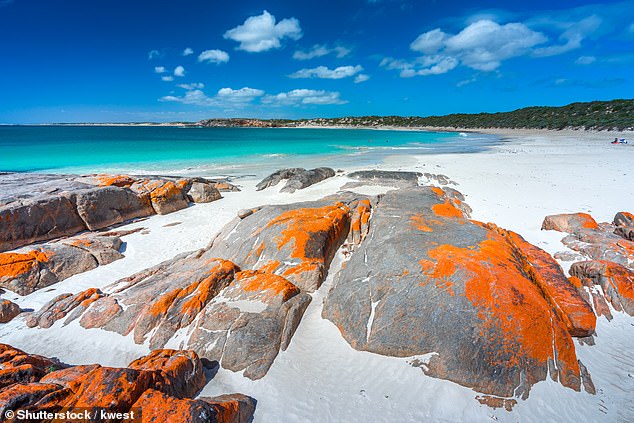 Mr Marshall said he is eager to open the border but it the decision will depend on the latest health advice. Pictured: Dolphin Bay on the Yorke Peninsula, South Australia 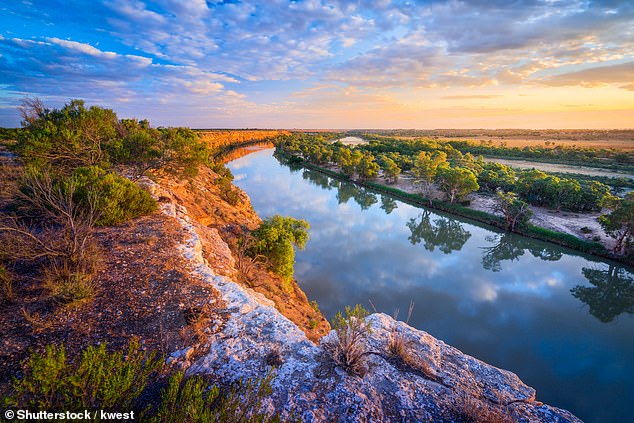 SA reported no new virus cases on Monday, leaving the state’s total since the start of the pandemic at 466. Pictured: Murray River

The state has no active infections.

Meanwhile, Queensland Premier Annastacia Palaszczuk has faced growing calls to reopen her state for the sake of the national economy.

The pandemic-induced lockdowns and border restrictions have jeopardised one million tourism jobs, and are set to cost the country a whopping $54.6billion this year.

But on Monday, Ms Palaszczuk doubled down on her stance, telling reporters she is prepared lose the election to maintain hard borders and keep COVID-19 out of her state. 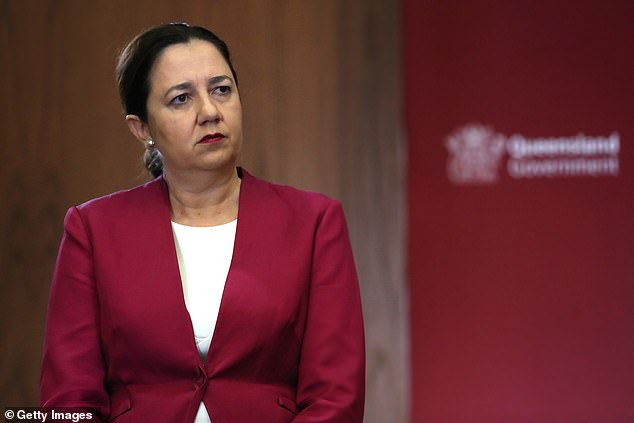 Political opponents have accused Ms Palaszczuk of being heartless for not being more lenient about exemptions on compassionate grounds ahead of the election on October 31.

She’s promised to speed up the exemption application process, but she will stake her political future on keeping borders shut.

‘Now if it means I have to lose the election, I will risk all that if it means keeping Queenslanders safe,’ Ms Palaszczuk said on Monday.