By Associated Press and Karen Ruiz For Dailymail.com

A hurricane watch has been issued for parts of Texas as Tropical Storm Beta gains strength in the Gulf of Mexico and is expected to hit the coast by early next week.

The National Hurricane Center warned of ‘an increasing risk of heavy rainfall and flooding’ along the coast from Sunday through at least the middle of next week as the slow-moving storm approaches the state.

As of Saturday morning, Beta was 290 miles east of the mouth of the Rio Grande with maximum sustained winds at 60mph, the NHC said in an advisory.

Forecasters said the storm is expected to become a hurricane on Sunday. 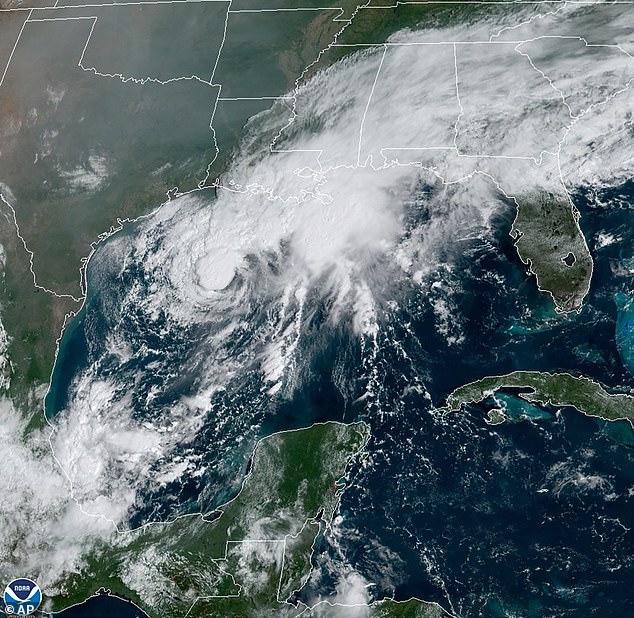 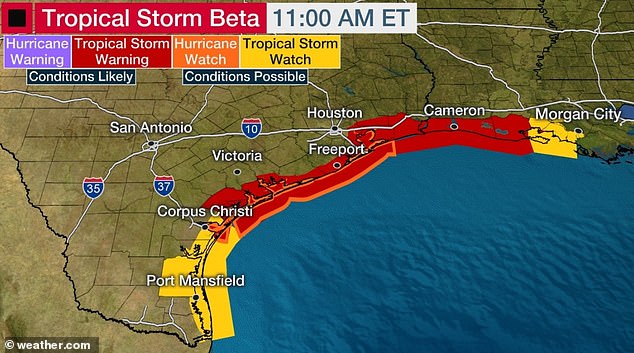 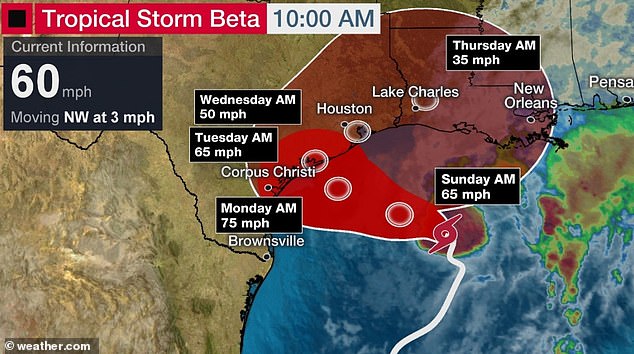 As of Saturday morning, Beta was 290 miles east of the mouth of the Rio Grande with maximum sustained winds at 60mph, the NHC said in an advisory 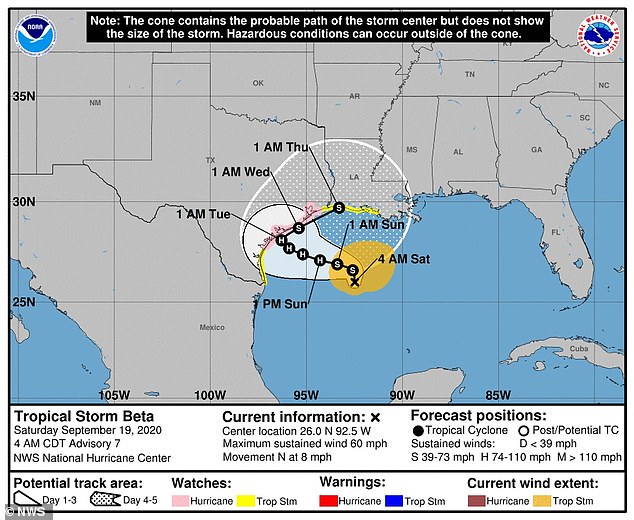 A hurricane watch was issued from Port Aransas, Texas, to High Island, Texas.

Also in effect were a storm surge watch from Port Mansfield, Texas to High Island; and a tropical storm watch from south of Port Aransas to the mouth of the Rio Grande, and east of High Island to Morgan City, Louisiana.

Forecasters were predicting up to four feet (1.2 meters) of storm surge along parts of the Texas coast.

Wind, heavy rainfall and life-threatening surf and rip current conditions were also expected with the storm.

It comes amid an exceptionally busy Atlantic hurricane season that saw forecasters ran out of traditional storm names earlier Friday, forcing the use of the Greek alphabet for only the second time since the 1950s. 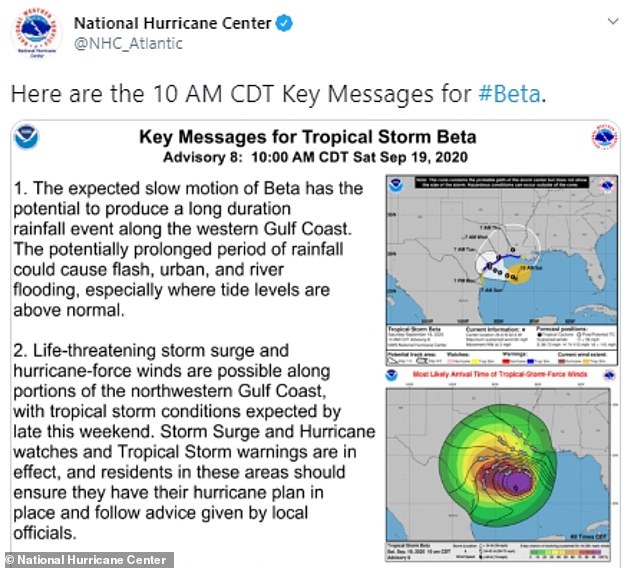 Forecasters were predicting up to four feet (1.2 meters) of storm surge along parts of the Texas coast

Alpha was a post-tropical cyclone Friday night after bringing rain to Portugal.

Tropical Storm Wilfred remained at sea but was 830 miles west-southwest of the Cabo Verde Islands with maximum sustained winds at 40 mph (65 kph).

Teddy was centered 730 miles southeast of Bermuda less than a week after Hurricane Paulette made landfall in the wealthy British territory.

Large swells from Teddy were forecast to impact the Lesser Antilles, the Greater Antilles and the Bahamas, and by Saturday were to spread to Bermuda and the U.S. East Coast.

Parts of the Alabama coast and Florida Panhandle were still reeling from the effects of Hurricane Sally, which roared ashore on Wednesday.

At least two deaths were blamed on the system, and hundreds of thousands of people were still without power late Friday.