A Tinder creep was fired from his job after abusing a woman he met on the dating app when she rejected him.

Brave Ebonie Sanderson, 26,  took to Instagram to share horrific voice messages from the man after she refused to have sex with him.

Mr Sanderson posted the messages as a warning for single women across Sydney to avoid the ‘privileged misogynistic PIG’ called ‘Tom’ from Bondi.

Her post was quickly picked up by Clementine Ford and her feminist army whose social media campaign reportedly got him fired in less than 24 hours. 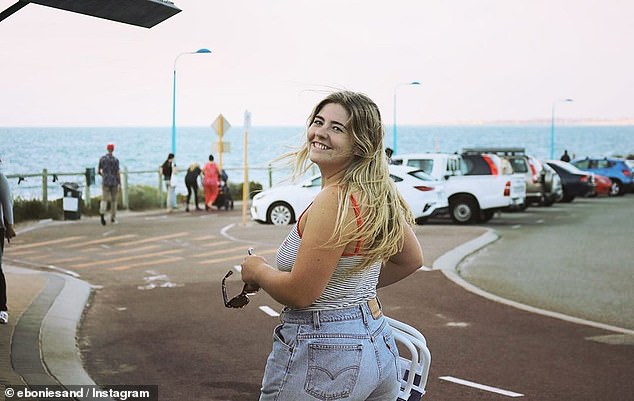 Writing on Instagram Ms Sanderson said: ‘This is what happens when you say NO or call out a man for being disrespectful.

‘You apparently earn yourself the right to get verbally abused and fat-shamed on more than one platform.

‘No I didn’t “ask for it” and yes, I’m entitled to change my mind and tell someone I’m not interested anymore because I feel uncomfortable and intimidated by one’s aggressive and forceful nature.

‘If anyone comes across this man on dating apps or social media, please report him. 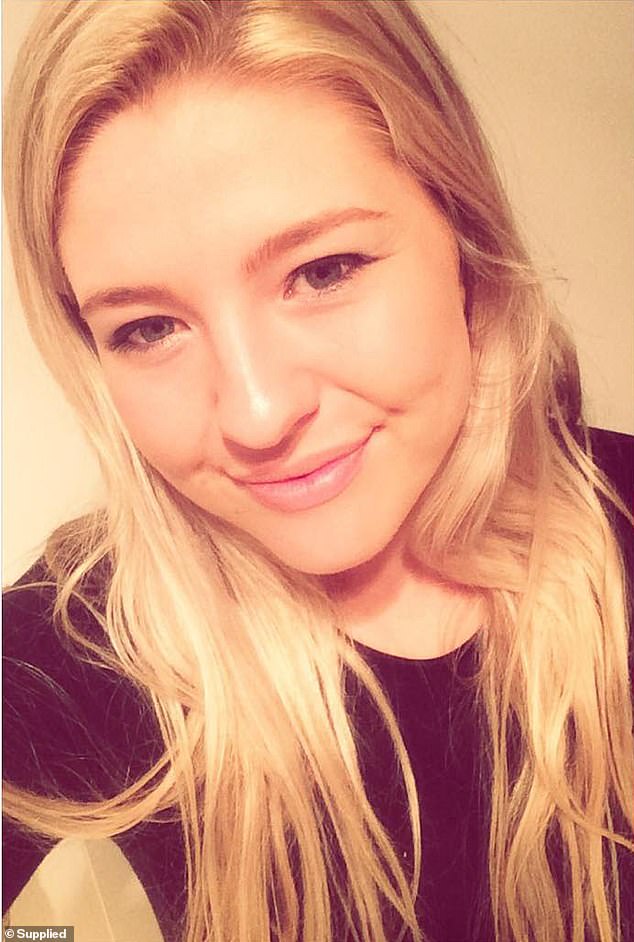 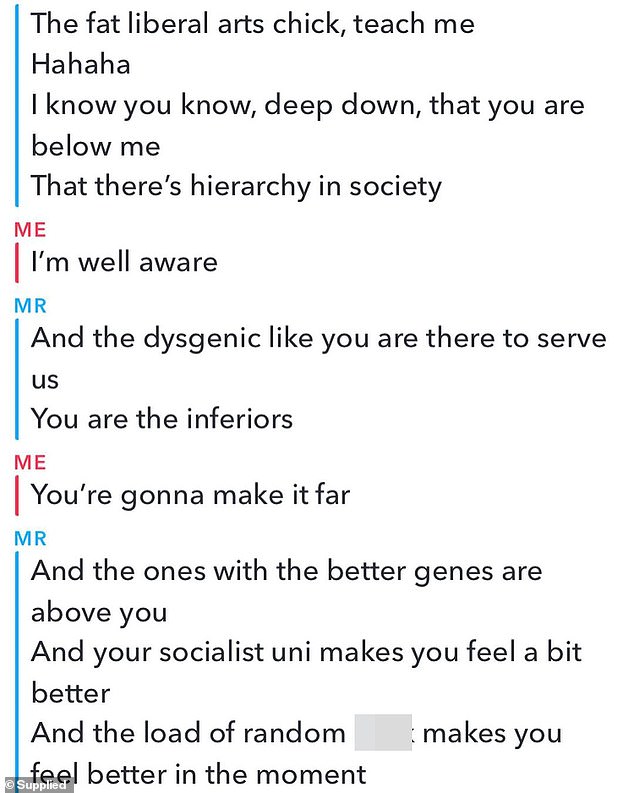 ‘I will never change my weight for anyone else but MYSELF!!!’

Ms Sanderson shared a series of messages she had received on Snapchat from ‘Tom’, after declining his invitation to come to his house.

‘The fat liberal arts chick… teach me,’ he wrote.

‘I know you know deep down you are below me, that there is hierarchy in society.

‘And the dysgenic like you are there to serve us.

‘You are the inferiors.’

She also shared voice messages from the man which became increasingly vulgar and abusive before she blocked him.

‘You’re actually a fat f***ing pig. You know that? Thanks. You did waste my time,’ he said.

When she called him out for his aggressive behaviour he then doubled down and defended himself.

‘Look at my f***ing face. I don’t have to struggle to get laid. I especially don’t need a FOUR like you to get laid.’

Clementine Ford shared the series of messages on Friday night along with a screenshot of the man’s LinkedIn profile and the name of the company where he worked.

‘This is horrifying male entitlement. It’s abuse meted out in response to rejection. It’s violent and disgusting,’ she wrote.

In the 24 hours since the post was shared thousands of women have rallied around Ms Sanderson in a show of support.

The response was big that Clementine Ford shared an update urging her followers to stop contacting the man’s company calling out his behaviour.

‘Someone has forwarded me an email they were sent from the CEO of the company Tom worked for,’ she wrote. 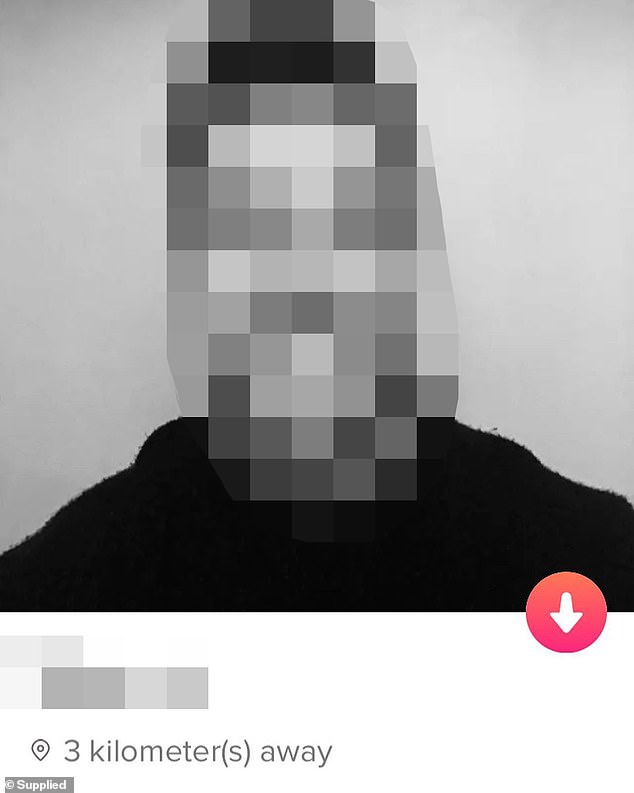 ‘If anyone comes across this man on dating apps or social media, please report him,’ Ms Sanderson wrote 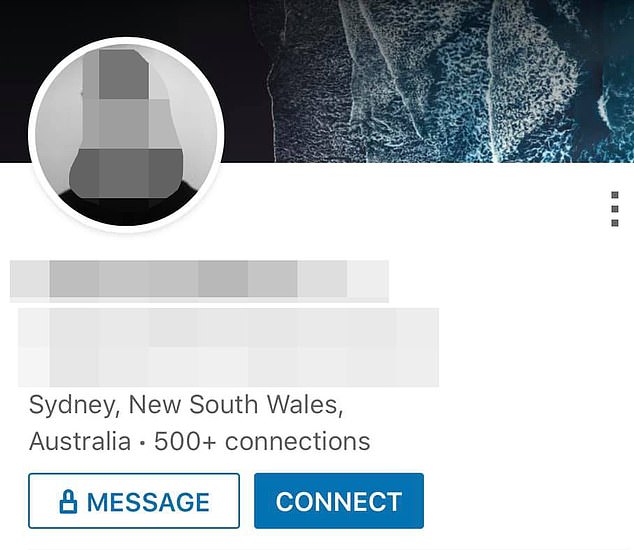 ‘HE HAS BEEN FIRED, EFFECTIVE IMMEDIATELY!’

Ms Sanderson told Daily Mail Australia the situation unfolded over a period of only hours.

‘He was persistent.. he wanted me to come over THAT night. That was when I started to feel uncomfortable,’ she said.

She sent him a message apologising and saying she was no longer comfortable meeting up with him.

‘Then all these voice messages came through, just abusive messages about my appearance, and my weight,’ she said. 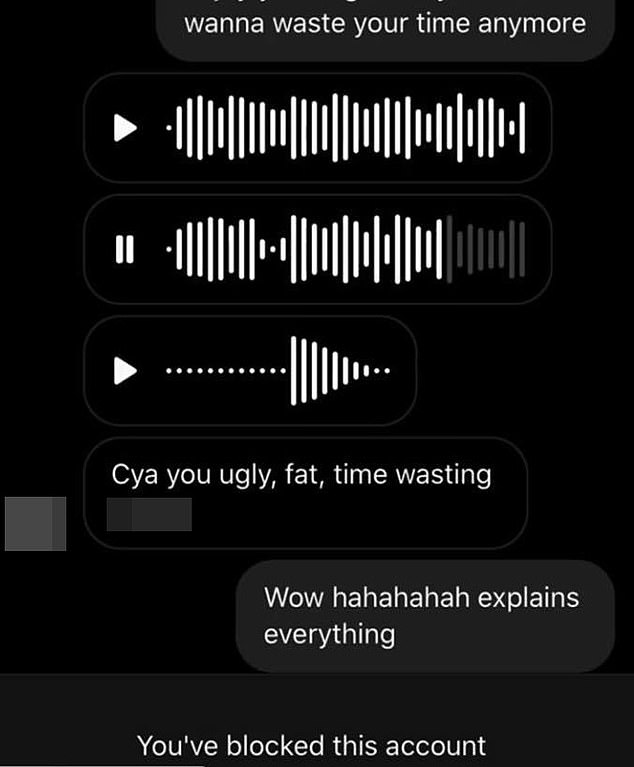 She blocked him on Snapchat and Instagram, but he added her another account and continued messaging her.

She said despite being a strong and confident woman the comments he made were incredibly hurtful.

‘I am I am really comfortable with my weight and initially I was like this doesn’t matter but then in the end I realised an insult is an insult and I realised subconsciously I couldn’t stop thinking about it,’ she said.

‘That was when I snapped and thought he can’t get away with this and have no consequences whatsoever.’ 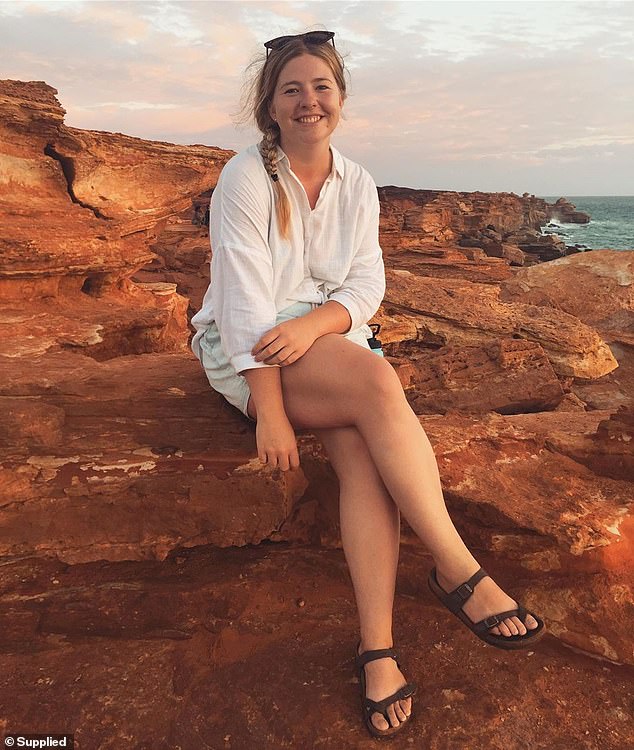 ‘I had a read through of the contract and validated that it was an act of serious misconduct and that he was no longer fit for employment with us,’ he said.

Mr Scott said he was ‘shocked and disgusted’ by the messages.

‘There is just no place in our workplace for someone who treats women with that amount of disrespect.

‘I have four daughters aged between 10 months and nine years old so that was one of the first things I thought about, and my blood boiled to imagine someone to ever speak to one of my little girls like that.’

Under Commonwealth Law it is a criminal offence to use a carriage service to harrass, menace or cause offence.