Tory heartlands will have to find space for 1.5million new homes under Government’s ‘mutant’ planning algorithm

The traditionally Conservative heartlands will have to find space for 1.5million new homes under the Government’s ‘mutant’ planning algorithms.

The plans will require tens of thousands of extra homes over the next 15 years to be built in rural counties like Kent, Surrey and Devon.

Tory MPs who have been left unimpressed with the proposals have pinned the blame on a ‘mutant algorithm’. 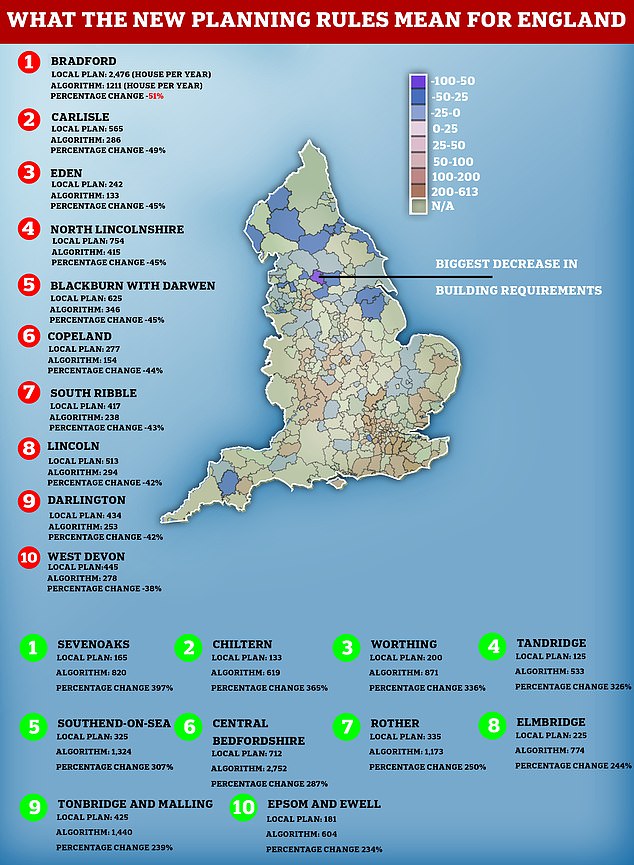 The map above shows (in red) the top areas that will do best under the new rules. The list in green shows areas which will suffer most housebuilding 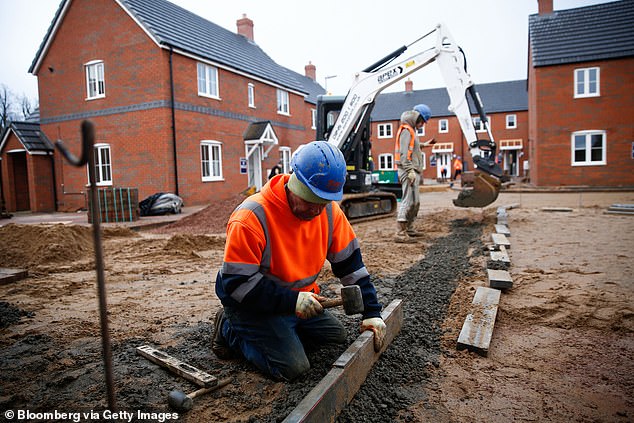 The traditionally Conservative heartlands will have to find space for 1.5million new homes under the Government’s ‘mutant’ planning algorithms

The initiative will see an additional five million homes built across England over the next 15 years, with nearly a third in rural counties.

According to analysis by the House of Commons library, the target is two million more than that which was previously agreed upon by local councils.

‘The key fact is this: cities across England are being asked to build relatively less compared with the rural and suburban areas around them. Instead of levelling up the North, I fear we are concreting out the South’.

He continued: ‘The algorithm row, which will worsen the more our constituents across England know about it, is an unnecessary, self-inflicted wound.

‘Britons in the Red Wall seats will see little change in their communities as infrastructure cash goes to the shires. Shire voters will react with anger at swathes of greenfield planning.’

Crispin Truman, chief executive of the countryside charity CPRE, also spoke out against the plans.

‘Governing by algorithm simply doesn’t work. We are in the midst of a housing crisis, and we need many more well designed, genuinely affordable homes, including in rural areas,’ he said.

‘But combining this algorithm with far reaching, untested reforms to local planning, could result in irreparable harm to our countryside, without delivering the housing we actually need.

While many urban areas and parts of the north of England would see their housebuilding requirements remain largely unchanged or reduced, counties in the south of England could be hit hard.

The Telegraph estimated that the 34 councils with local plans spanning the Home Counties are likely to see an average increase in housebuilding numbers of 104 per cent compared to what had already been agreed.

Meanwhile, some 13 of the 20 areas forecasted to see the largest increase are represented by Tory MPs. 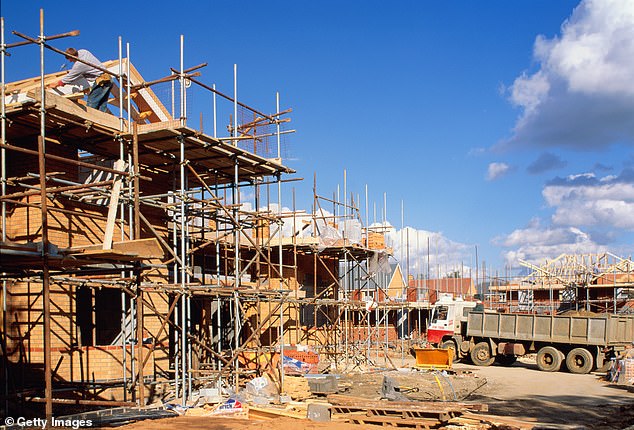 The initiative will see an additional five million homes built across England over the next 15 years, with nearly a third in rural counties

The algorithm approach is being pushed by the Government as it tries to deliver on its annual target of building 300,000 new homes.

It calculates new home requirements based on either the most up-to-date annual household growth projection for the next decade or 0.5 per cent of the existing housing stock in the local area. Whichever figure is higher would be adopted.

Local affordability of homes is then factored in as part of a drive to build more properties in areas where houses are less affordable.

The proposals are especially controversial because no limit would be put in place on the number of homes required.

A Government source told the Telegraph: ‘These figures are purely speculative.

‘We are consulting on the new proposed formula, which will only be the starting point in the process of planning new homes.’