REVEALED: Trump’s clubs charged Secret Service more than $1.1m including $21,800 for rooms at Bedminster when Ivanka visited while the resort was closed to the public

By Keith Griffith For Dailymail.com

President Donald Trump‘s businesses have charged the federal government more than $1.1 million to stay at his properties since he took office, according to a new report.

The Washington Post reported on Thursday that the Secret Service released documents and receipts in response to a public records lawsuit, adding $188,000 in previously unknown charges to the newspaper’s running tally.

Trump frequently travels to his own commercial properties, and his advisors and Secret Service escort pay to stay when they accompany him, as they would at any other hotel, using taxpayer dollars.

Though the arrangement is not illegal, it is highly unusual, and raises ethical questions about how Trump’s businesses may be profiting from his presidency. 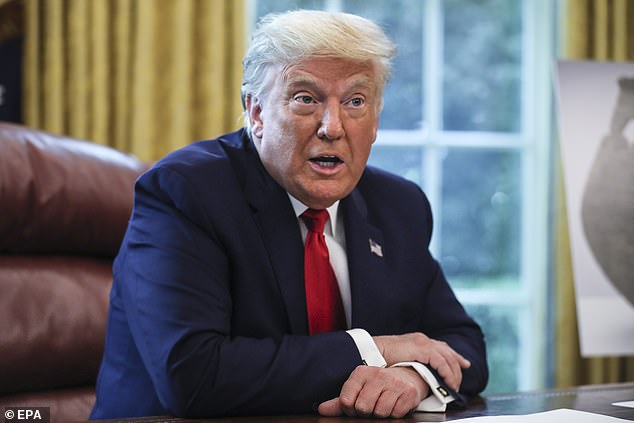 President Donald Trump’s businesses have charged the federal government more than $1.1 million to stay at his properties since he took office, a new report says 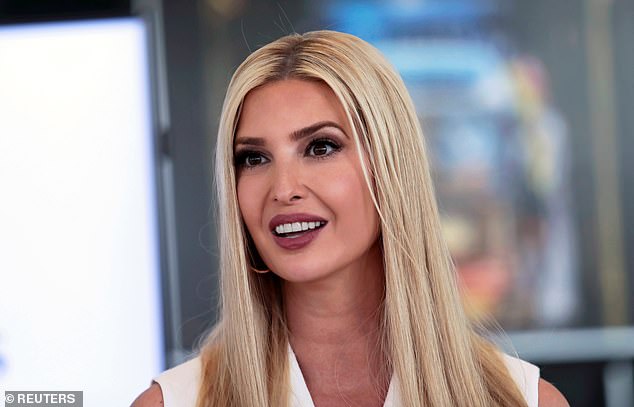 ‘The waste inherent in this is appalling,’ Lisa Gilbert, executive vice president at the watchdog group Public Citizen, told the Post of the Trump Organization’s charges to the government.

Gilbert was especially dismayed that some of the charges came during a pandemic that has devastated the economy and stretched federal budgets thin.

‘They’re nickel-and-diming the American people. At a moment when every penny counts,’ she said.

Some of the newly discovered charges to the Secret Service came from Trump National Golf Club Bedminster during the spring, while the New Jersey club was closed to the public during the coronavirus pandemic. 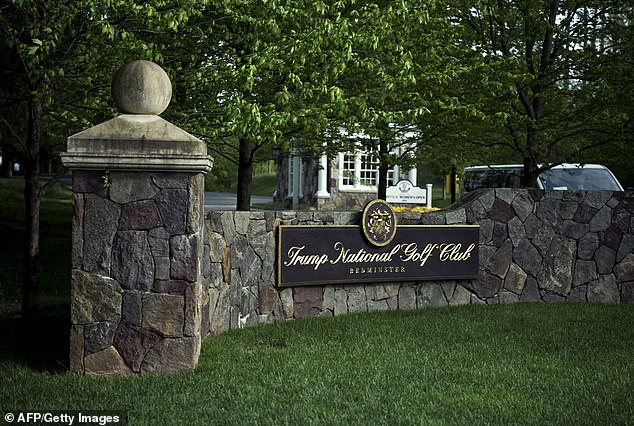 The Bedminster club charged the Secret Service more than $21,800 to rent a cottage and other rooms while the club was closed to the public due to pandemic lockdowns

The club charged the Secret Service more than $21,800 to rent a cottage and other rooms while the club was closed to the public due to pandemic lockdowns, the Post reported.

The rentals stretched from March 17, the day the club shut down to the public, through April 15.

Although Trump did not visit the New Jersey club during the period in question, his daughter and advisor Ivanka Trump reportedly celebrated Passover there with her husband and family.

The documents do not reveal a reason for the Secret Service charge. Although New Jersey was under strict lockdown at the time, those rules did not apply to federal employees. 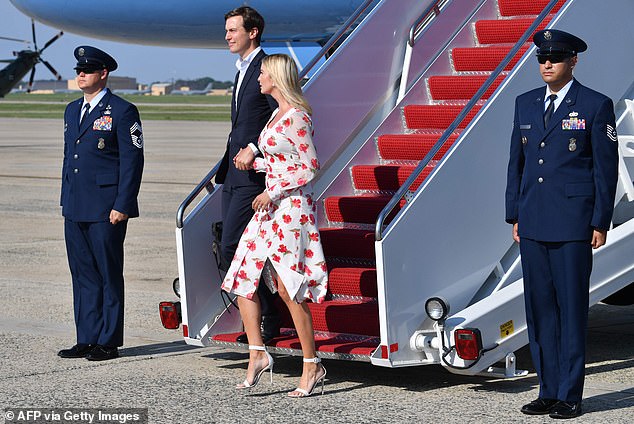 Ivanka Trump and Jared Kushner walk off Airforce One at Joint Airbase Andrews, Maryland on July 26, 2020, after returning from Bedminster, New Jersey

The records show that Trump Bedminster charged the Secret Service $17,000 a month — or $567 per night — to rent the three-bedroom ‘Sarazen Cottage’ near Trump’s own villa.

The rental stretched from May to October, despite the fact that Trump usually only spends summer weekends at the New Jersey club.

A senior administration official told the Post that it was necessary for the Secret Service to secure space at Bedminster because Trump frequently does not announce his travel plans far in advance, and there are few hotels in the area that agents could use in the event of a last-minute trip.

‘We always had space reserved at Bedminster weeks before the president arrived, just in case,’ the official said. ‘If he came in the Oval on, let’s say, on a Wednesday and said, ‘I want to go this weekend,’ you have to be ready.’