Back to class! Victoria is branded a ‘national joke’ as health officials get schooled by New South Wales experts on how to properly contact trace two months after second-wave explosion

Victorian health officials went back to class in Sydney on Friday to learn how to contact trace as Premier Daniel Andrews prepares to relax coronavirus restrictions.

The New South Wales contact tracing system has been hailed as the ‘gold standard’ and been credited with allowing the state to open its economy while keeping the virus at bay.

Teams of Victorian and federal health officials were treated to PowerPoint presentations and lectures by NSW officials at the state emergency operations centre at Olympic Park. 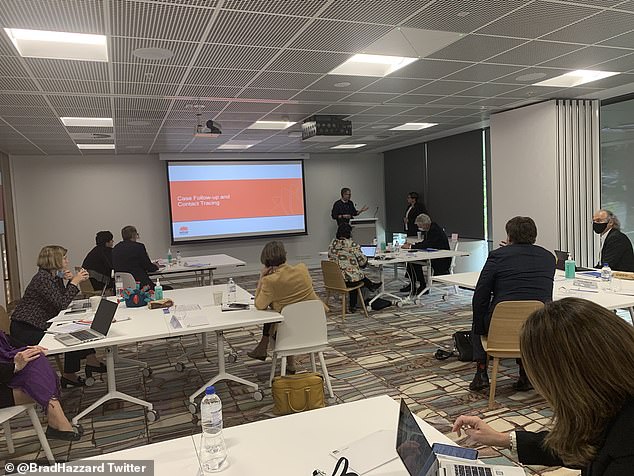 Victorian health officials went back to class in Sydney on Friday to learn how to contact trace as the state prepares to relax coronavirus restrictions. The board reads ‘case follow-up and contact tracing’

‘Every Australian knows that the third-world grade contact-tracing system in Victoria led to the prolific spread of the virus in this state.’

Contact tracing involves tracking down the close contacts of confirmed coronavirus patients and asking them to self-isolate to prevent the disease spreading.

Victoria failed to stop coronavirus cases exploding from single digits in mid June to more than 100 in early July and the tracing system has been overwhelmed since.

There were reports of close contacts not being called for days or even weeks after someone they knew caught the virus. 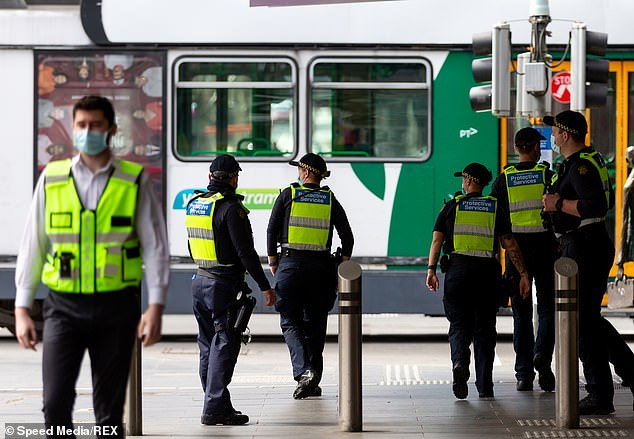 By contrast, New South Wales has managed to keep new case numbers below 20 almost every day since mid April.

Melbourne has been in lockdown since July 8 after coronavirus escaped from hotel quarantine and rapidly spread around the city.

Premier Andrews does not plan to lift city restrictions, including a strict 9pm curfew, until daily cases drop below five, a number many expects have said is too low.

But regional Victorians may get their stage three restrictions relaxed next week because case numbers in rural areas are already below five per day.

NSW Health Minister Brad Hazzard said: ‘It is a privilege to work with our Victorian colleagues and share intel and experiences aimed at keeping our states safe.’

Federal Health Minister Greg Hunt said this week Melbourne’s outbreak could have been prevented if the contact tracing system was better.

‘My belief is that it could largely have been avoided,’ he said. 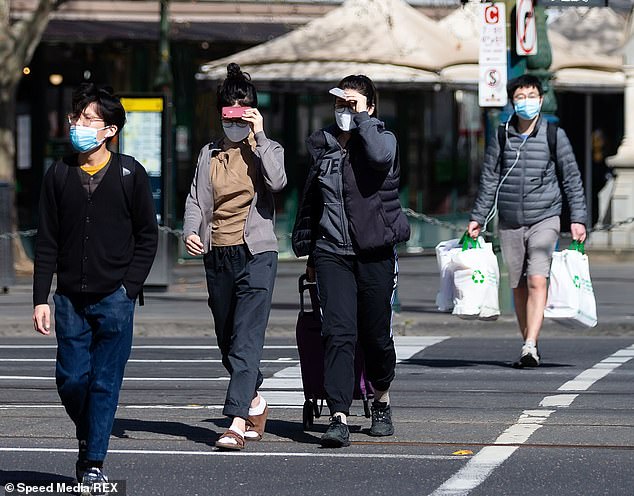