Wells Fargo CEO Charles Scharf apologized Wednesday for comments he made suggesting it is difficult to find qualified black executives in the financial industry.

Scharf said in a memo to employees ‘there is a very limited pool of black talent to recruit from’ in corporate America. The memo was written in June, but became public only this week.

The comments and similar statements made in a Zoom meeting, reported by Reuters, led to an intense backlash in Washington and on social media.

‘Perhaps it is the CEO of Wells Fargo who lacks the talent to recruit black workers,’ said Rep. Alexandra Ocasio-Cortez of New York, on Twitter. 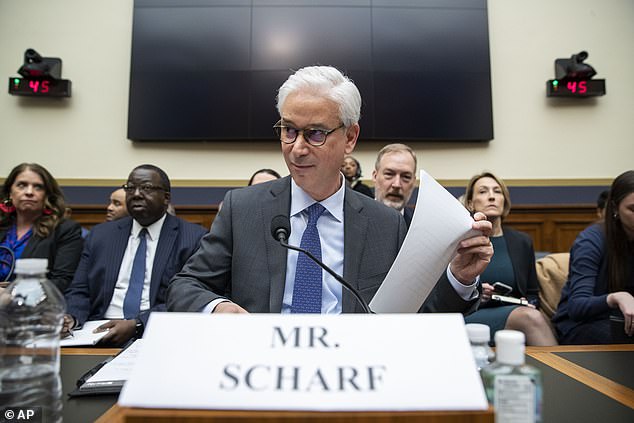 ‘Perhaps it is the CEO of Wells Fargo who lacks the talent to recruit black workers,’ said Rep. Alexandra Ocasio-Cortez of New York, on Twitter

Scharf apologized on Wednesday for ‘making an insensitive comment reflecting my own unconscious bias.’

‘There are many talented diverse individuals working at Wells Fargo and throughout the financial services industry and I never meant to imply otherwise,’ he wrote.

I’ve worked in the financial services industry for many years, and it’s clear to me that, across the industry, we have not done enough to improve diversity, especially at senior leadership levels.

‘There is no question Wells Fargo has to make meaningful progress to increase diverse representation.’

San Francisco-based Wells has pledged to increase hiring of minority candidates, particularly through Black colleges and universities, as well as new anti-racism training programs at the bank.

Black senior executives across corporate America hit back at Scharf’s comments saying the excuse is a major reason why companies have struggled to add enough racial and ethnic diversity to their leadership ranks.

‘There is an amazing amount of Black talent out there,’ said Ken Bacon, a former mortgage industry executive who is on the boards of Comcast Corp, Ally Financial Inc and Welltower Inc. 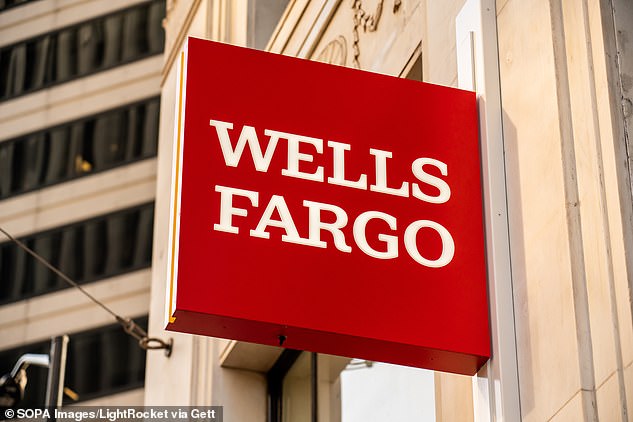 Wells Fargo Chief Executive Charles Scharf defended the company’s record on diversity in a Zoom call over the summer and shifted the blame to a lack of black talent in the industry, according to two employees who were on the call

‘If people say they can’t find the talent, they either aren’t looking hard enough or don’t want to find it.’

Bacon said he was ‘shocked and puzzled’ by Scharf’s comments.

Lauren Holland, who chairs a word-of-mouth professional network called Wall Street Friends, said she has 8,000 members in minority communities, and sent out more job posts to them in the last two months than in the last five years.

‘I literally get emails every single day from people asking to be added to our list,’ she said.

‘The talent is there. It’s just a matter of the firm accessing it and connecting with it.’

Wells Fargo defended the CEO and pointed to the diversity efforts that have happened under his watch.

The bank has pledged to double the number of black leaders at the firm over five years and has tied executive compensation to reaching diversity goals. 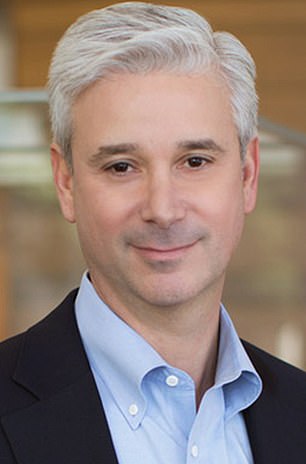 Scharf is also requiring hiring managers to consider diverse candidates for high-paying roles that are vacant and ensure diversity on interview teams.

Wells Fargo’s latest proxy disclosed more diversity data than those of many other companies, with two of 12 directors black and one Latino or Hispanic.

Scharf ‘is committed to deep and systemic change to increase diversity and has held several forums where there has been candid conversation and unfiltered feedback,’ Wells Fargo spokeswoman Beth Richek said in a statement.

Scharf was not available for an interview, she said.

One attendee on the Zoom call said they weren’t offended by Scharf’s comments and praised their boss as ‘genuine and sincere’.

‘The meeting was incredibly constructive… I walked away being incredibly surprised at how genuine and sincere he is,’ said Alex David, president of the Black/African American Connection Team Member Network.

His comments come as companies face mounting calls to improve the diversity of their organizational make-up amid nationwide protests demanding an end to systemic racism following the killings of multiple black men and women by cops across America.

Like much of the political and corporate world, the banking industry has had to face a reckoning in the wake of the death of George Floyd for its role in the racial and economic inequality that Black and other minorities face.

Banks have announced changes to how they lend, and created new programs to spur economic development in communities of color. 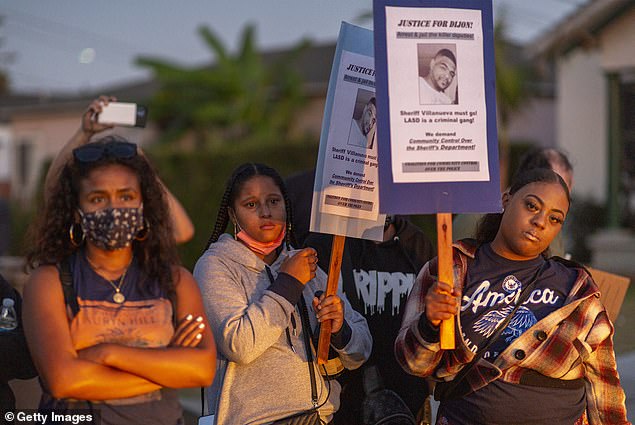 His comments come as companies face mounting calls to improve the diversity of their organizational make-up amid nationwide protests demanding an end to systemic racism following the killings of multiple black men and women by cops across America. Pictured a protest in LA after the death of Dijon Kizzee 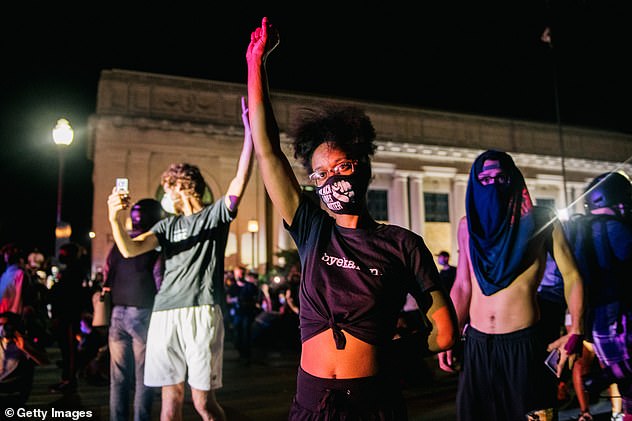 On Wednesday, Citigroup announced that it would direct $1 billion of the firm’s capital toward closing the ‘racial wealth gap’ in the United States. It would include $550 million in homeownership programs for communities of color, and hundreds of millions toward Black-owned businesses and suppliers.

American banking is dominated by leadership that is largely white and male. None of the six big Wall Street banks have ever had a Black or female CEO. Citigroup two weeks ago announced it would promote a woman to CEO next year, the first on Wall Street to do so.

Banks large and small are still regularly cited for discriminatory practices, including allegations of ‘redlining’ Black homebuyers. Redlining is a practice in which banks deny or avoid providing credit services to consumers because of racial demographics or the neighborhood where they live.

About 13% of named executives at financial services companies are a racial or ethnic minority, according to Institutional Shareholder Services.

The last prominent African American to serve as CEO at a large financial services company was Kenneth Chenault, the former CEO of American Express. He retired in 2018. In an interview with The Associated Press at the time, Chenault called the lack of a pipeline to recruit and retain diverse talent ’embarrassing’ to the financial services industry.

Stanley O’Neal, the former CEO of Merrill Lynch while it was still an independent company, is also Black. He resigned in 2007 during the firm’s collapse.