A monstrous squall! Zombie tropical storm Paulette comes back from the dead and revives off the coast of Africa after hitting Bermuda last week – the first reanimated storm since 2016

By Matthew Wright For Dailymail.com

A semi-rare  ‘zombie tropical storm’ has popped back into existence after it seemingly disappeared earlier in the month.

The National Weather Service said on Tuesday that the tropical storm Pauletta had sprung back to life off the coast of Africa.

‘Because 2020, we now have Zombie Tropical Storms, the NWS said in a tweet. ‘Welcome back to the land of the living, Tropical Storm #Paulette.’ 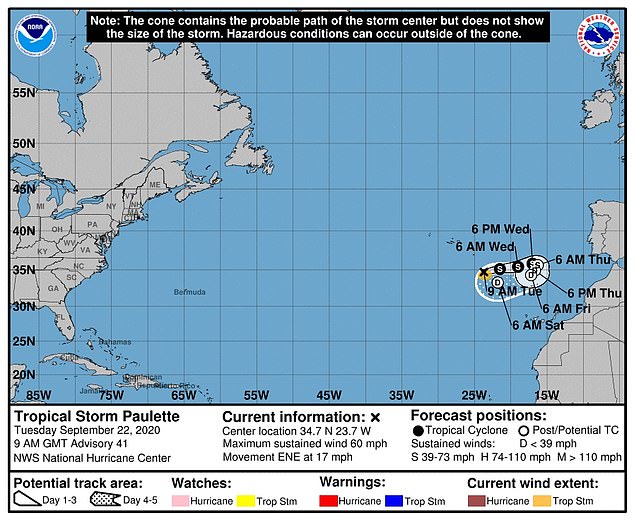 Hurricane Paulette made landfall in Bermuda as a Category 1 storm and then strengthened into a Category 2 on September 14, knocking down trees and leaving thousands without power.

The National Hurricane Center said on Wednesday that the tropical storm was located just 445 miles southeast of the Azores, islands located in the north Atlantic Ocean.

The storm is currently moving east at 12mph with maximum sustained winds of 40mph.

‘There are no coastal watches or warnings in effect,’ the center shared in their advisory. 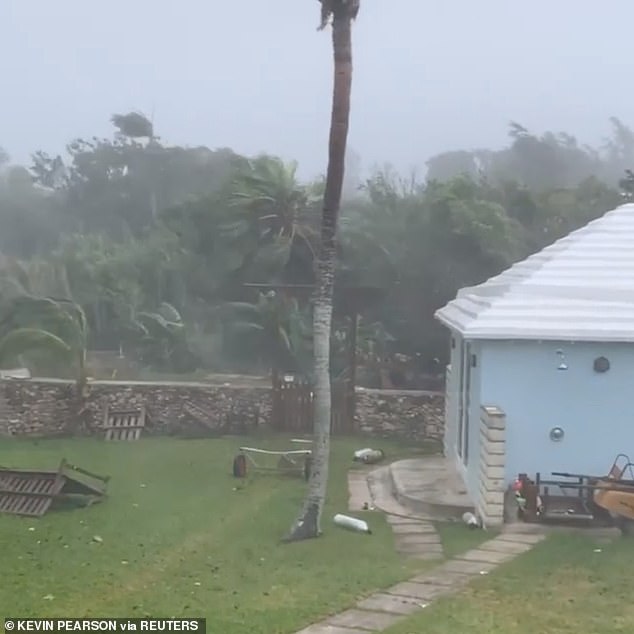 Paulette is not the first tropical storm to make its return from the aquatic grave.

In 2013, Hurricane Humberto formed in the Atlantic as a Category 1 storm. The tropical storm hit the Cape Verde Islands with ‘minor flooding’ and downed trees but no deaths, the Orlando Sentinel reported last year.

The storm was expected to die off as it continued north.

‘But then, the unthinkable happened,’ the Sentinel reported. ‘The wind eased. Bursts of strong convection were seen. Thunderstorms boomed into development. Rain fell, and Humberto rose from the grave.’ 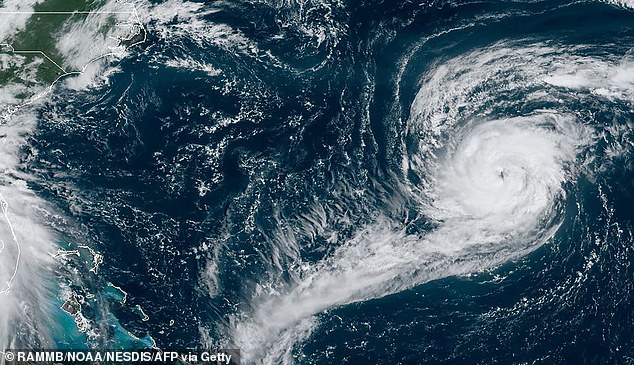 Paulette is not the first tropical storm to make its return from the aquatic grave. Paulette off the southern US coast on September 13

The storm was dubbed a ‘zombie tropical storm’ by NASA at the time, the News & Observer reports.

While storm downgrades occur when their ‘inner core isn’t warm anymore,’ but the storms are still just as dangerous.

‘The problem is that a hurricane may lose its name, its structure and even its place on National Hurricane Center tracking maps, but remain dangerously strong, even deadly,’ the Old Farmer’s Almanac reads. ‘The hurricanes may have died, but as long as the remnants travel over relatively warm water, they still have a lot of energy and flooding rainfall.’

More recently, NASA found the reformation of Tropical Cyclone Aere in the South China Sea in 2016.

The storm had initially gone just south of Hong Kong and was on track to travel along the southeastern coast of China. The storm began dissipating on October 11 but reemerged two days later as a ‘zombie tropical storm’ and made landfall in Vietnam.