A race row broke out among New York City Hall staffers last month, 11 minutes before mayor Bill de Blasio was set to give his daily coronavirus briefing with a nod to the 100th anniversary of woman’s suffrage included.

A series of leaked emails obtained by the New York Post show that the row exploded over the wording of talking points prepared for the mayor after they were sent to staffers ahead of the briefing on August 26.

One staffer demanded the mayor explicitly acknowledge it was only white women who were allowed to vote, which led to her white colleague to say she found ‘being negged for something that happened 100 years ago unnecessarily confrontational in this context.’ 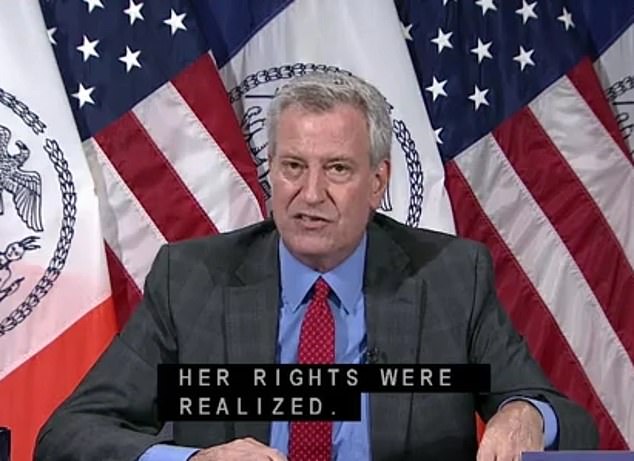 A race row broke out among New York City mayor Bill de Blasio’s staff ahead of his coronavirus briefing on August 26 (pictured), during which he was set to pay tribute to the 100th anniversary of the passing of the 19th amendment to the U.S. constitution

De Blasio’s briefing was to include a tribute to the 100th anniversary of the 19th amendment to the U.S. constitution, which prohibited states and the federal government from denying citizens the right to vote based on sex.

One of the talking points included in the communication was to acknowledge ‘not all women could exercise that right’ to vote because of segregation and other laws, adding ‘Women of color excluded – fought for decades for equal access.’

But at 9:49 a.m. and 11 minutes before de Blasio’s briefing was scheduled to start, a row in the email chain kicked off.

City Hall’s social media manager Ashley Ross-Teel replied to the email, demanding that the mayor explicitly acknowledge it was only white women who were given access to voting booths with the amendment’s passing.

She also criticized the talking point for saying women of color were discriminated against, and for not singling out African American women.

‘Sorry, but why wasn’t white women added when it was flagged by [women of color],’ she wrote, according to The Post. ‘Also there is a growing negativity around incorporating Black women into WOC. Everyone’s struggles are not the same.’

Three minutes later at 9:52 a.m., now just 8 minutes from the scheduled briefing, the author of the bullet points – Marjorie Sweeney – fired back at Ross-Teel.

‘Because as a white woman, I find being negged for something that happened 100 years ago unnecessarily confrontational in this context,’ she wrote. ‘We’re trying to bring people together here, not trying to score points off each other.’

The Post reported that at least two other high-ranking de Blasio aides were pulled into the row, offering further last minute suggestions that were then signed off by Peter Kauffmann – de Blasio’s recently hired $17,000-a-month special adviser – at 10:03 a.m., now three minutes late. 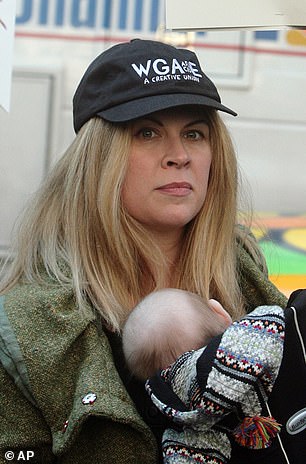 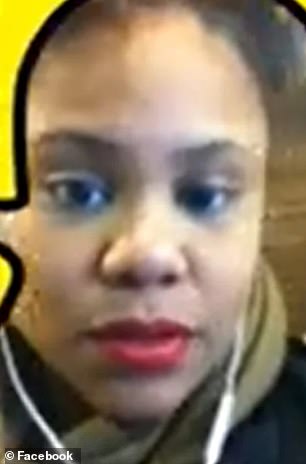 Marjorie Sweeney (left during a writers strike in 2007) works in City Hall as a speechwriter. Bullet points she wrote for mayor de Blasio’s coronavirus briefing on August 26 were criticized for not explicitly noting that only white women gained the right to vote through the 19th amendment to the U.S. constitution in the mayor’s talking points about its 100th anniversary. City Hall’s social media manager Ashley Ross-Teel (right) demanded that the mayor explicitly acknowledge it was only white women who were given access to voting booths with the amendment’s passing

In the briefing, the mayor did specifically reference white women in his remarks about the 100th anniversary, but he kept the initially proposed description of ‘women of color’.

‘Not all women’ could vote, he said, referencing the notes. ‘Only white women — women of color excluded and they had to fight for many decades more.’

But the row continued afterwards, with Chief of Staff Emma Wolfe chastising the staffers for the argument.

‘This should never have been a debate, not the least of which over email,’ Wolfe wrote, telling the staff to find a ‘more professional process’ when dealing with such conflicts.

Critics say that the row is an illustration of a wider problem in New York’s City Hall, and a result of a number of experienced top aids leaving the mayor’s officer which they attributed to de Blasio’s mercurial leadership, and the stress of the pandemic.

This exodus, sources say, has resulted in City Hall being run by people who are not experienced enough, while the Post has reported that sources have called de Blasio’s management style ’emotionally, mentally and physically taxing’. 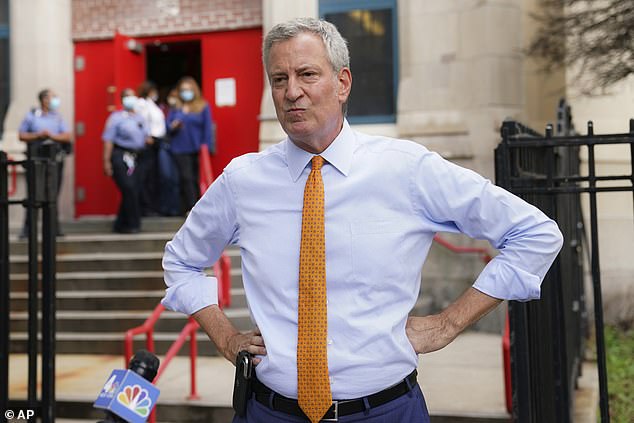 In the August 26 briefing after the row, de Blasio did explicitly acknowledge that only white women gained the right to vote following the passing of the 19th amendment, but the wording ‘people of color’ remained

‘It is amateur hour. It’s a bunch of people who have no idea how City Hall works running the show because everyone else has left,’ one former staffer said to the news outlet.

‘There are a lot of sharp elbows, it’s very vicious and very personal — and it gets in the way of focusing on the work at hand.’

Speaking about the mayor himself, another ex-staffer said:  ‘He will just blow everything up on a whim and it’s a domino effect. It leads to avoidable last-minute scrambles on everything — from key policy decisions to the briefing notes.’

The work that goes into putting together the binder for de Blasio’s briefings should – in theory – be completed by the morning, but insiders told The Post that the mayor often asks for re-writes at the last minute, leaving staffers stressed.

Sources say that the problem is particularly noticeable in the press and communications departments of the mayor’s office.

The heads of both – former Press Secretary Freddi Goldstein and former Communications Director Wiley Norvell – quit on the same day in July, with only Goldstein being replaced so far.

‘In the end, the Mayor makes the call and he acknowledged our country’s painful history of denying women of color the right to vote.’