One father was killed and three people were hospitalized this week after a massive semi-truck caused a nine-vehicle collision along a California highway.

The California Highway Patrol on Tuesday confirmed that a horrendous crash had taken place at 5:40pm on Interstate 5 in south Sacramento.

It would result in the death of Joel Broussard, a 39-year-old father and former mayoral candidate in the nearby city of Elk Grove.

‘I was the last person he talked to,’ his mother Irma Brousssard said. ‘It just made me think what was on his mind when that truck hit him from behind. He was my baby.’

Footage shows an orange big rig speeding down the southbound lanes before slamming into the rear of a black BMW station wagon.

Wild video shows a semi truck slamming into another car, pushing it into several other vehicles Tuesday on Interstate 5 in Sacramento. A total of 9 vehicles were involved in the crash. 1 person was killed, & 3 others were hospitalized. pic.twitter.com/K3c38d7lPn

On Tuesday, an orange semi-truck sped down Interstate 5 and caused an 11-vehicle collision that killed one man and sent three people to the hospital

The force of the hit sends the black BMW into a nearby car, while the semi-truck continues to plow through other vehicles.

The semi-truck rear ends a red Chrysler, which smashes and careens into vehicles further along on the interstate.

One by one, cars collide into each other until a silver Ford falls onto its side and acts as a makeshift blockade for the semi-truck. 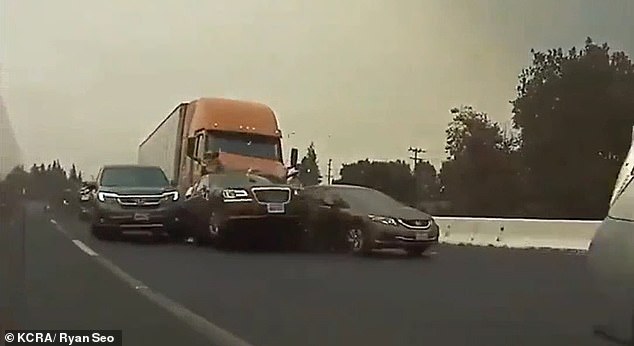 The semi-truck slammed into a number of vehicles, including a red Chrysler (center) belonging to Joel Broussard 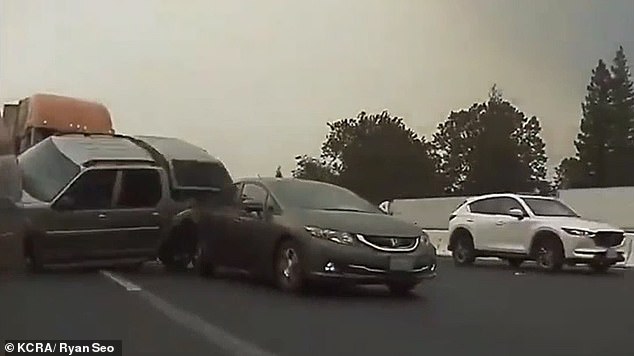 Authorities are investigating the matter, but do not believe alcohol or drugs were involved in the tragic incident 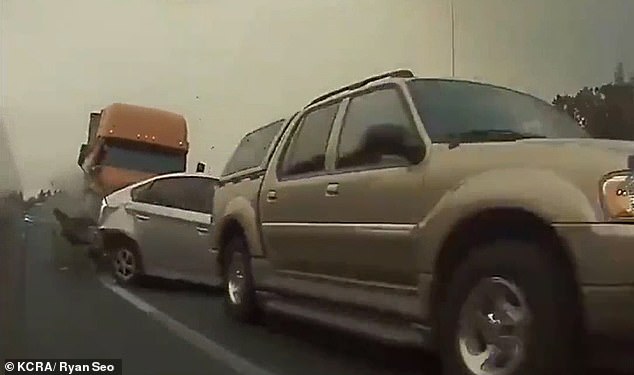 The California Highway Patrol confirmed that the incident happened at 5.40pm on Tuesday near Sacramento

Investigators don’t believe drugs and alcohol were a factor in the crash, but are still determining why the semi-truck did not slow down.

Broussard, the driver of the red Chrysler, was pronounced dead at the scene. 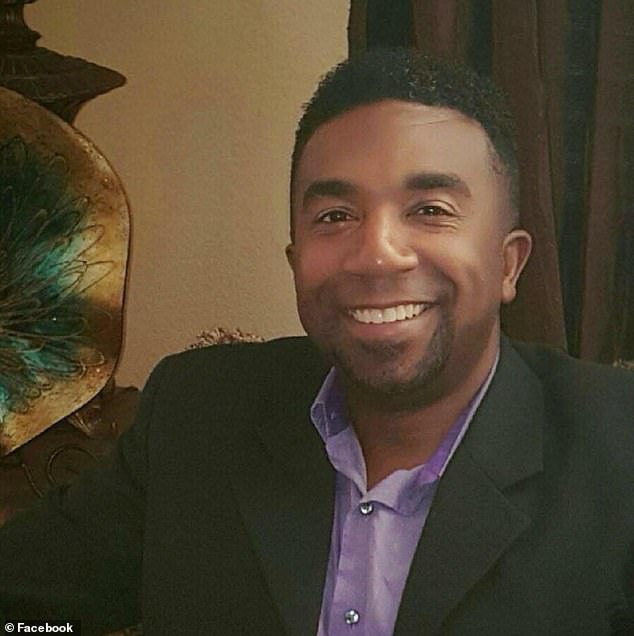 Joel Broussard (pictured), a resident of Elk Grove, was killed in the car crash on Tuesday evening 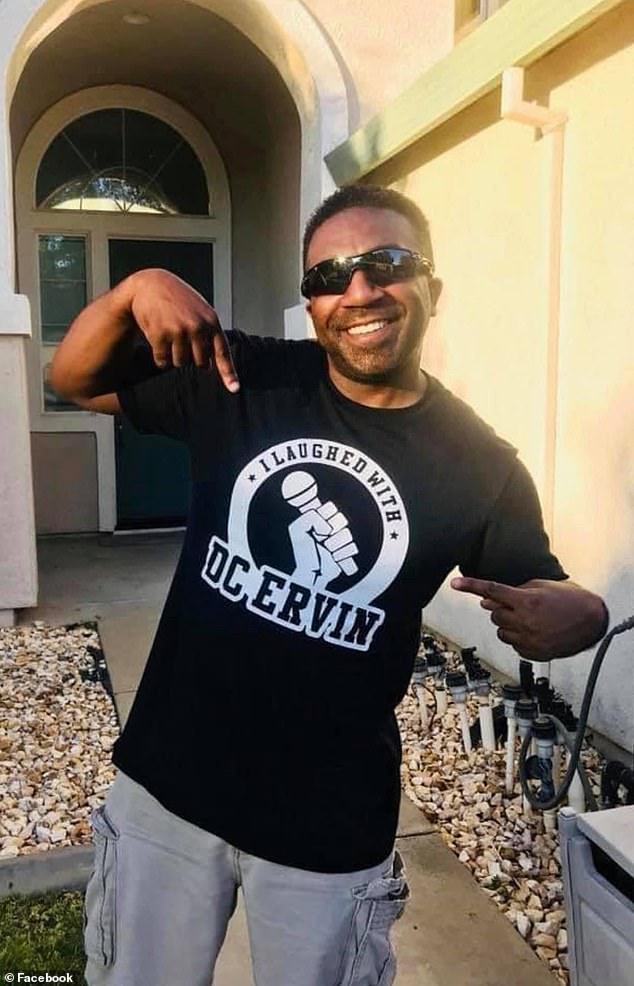 Broussard (pictured) was a father-of-four, a former firefighter and a 2016 mayoral candidate in Elk Grove, California

He had been driving home from work on Interstate 5 and wishing his mother a happy birthday over the phone.

‘It was my birthday and Joel would always call me on his way home from work. But this particular day, he calls and he’s singing “Happy Birthday!”‘ said Irma.

His wife, Angie Broussard, and their four children were waiting at home when the crash happened.

‘He was an amazing dad, amazing husband, great friend,’ she added. ‘He always wanted the best for them. Always wanted them to be their better selves.’ 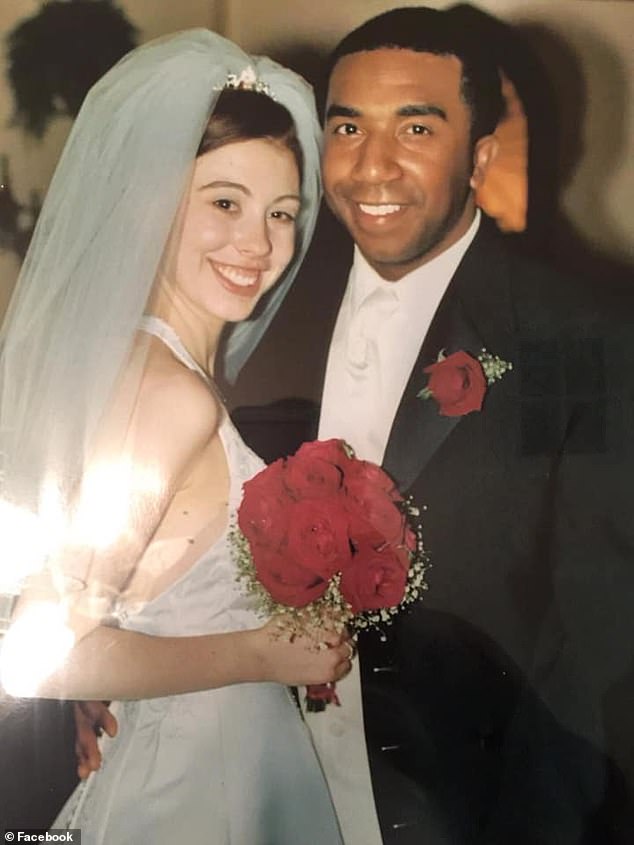 Angie Broussard (left), who was married to  Broussard (right) for 17 years, was waiting with their children at the couple’s home when the incident happened

Their oldest child, Alyssa Broussard, is a senior in high school and will graduate this year.

‘He was really amazing,’ his nine-year-old daughter, Arielle Broussard, said.

‘My grandbabies,’ said Irma, ‘they have to go through life without him. We just ask for prayer.’

A GoFundMe was created by Kids Care Dental & Orthodontics in Sacramento, where Broussard worked and was recently promoted to leadership in August.

‘Joel was a perfect example of how with the right self-confidence and motivation you can achieve your wildest dreams. He made it his mission to spread this message of self-empowerment to everyone around him,’ an accompanying message read.

‘Joel’s absence will be felt throughout the many communities he touched, including his Kids Care Dental & Orthodontics family.’

The fundraiser already surpassed its $30,000 goal in just one day and all the money will be given to the Broussard family to cover expenses.

Broussard was a former firefighter and district manager for The Coca-Cola Co. when he ran for mayor of Elk Grove in 2016. 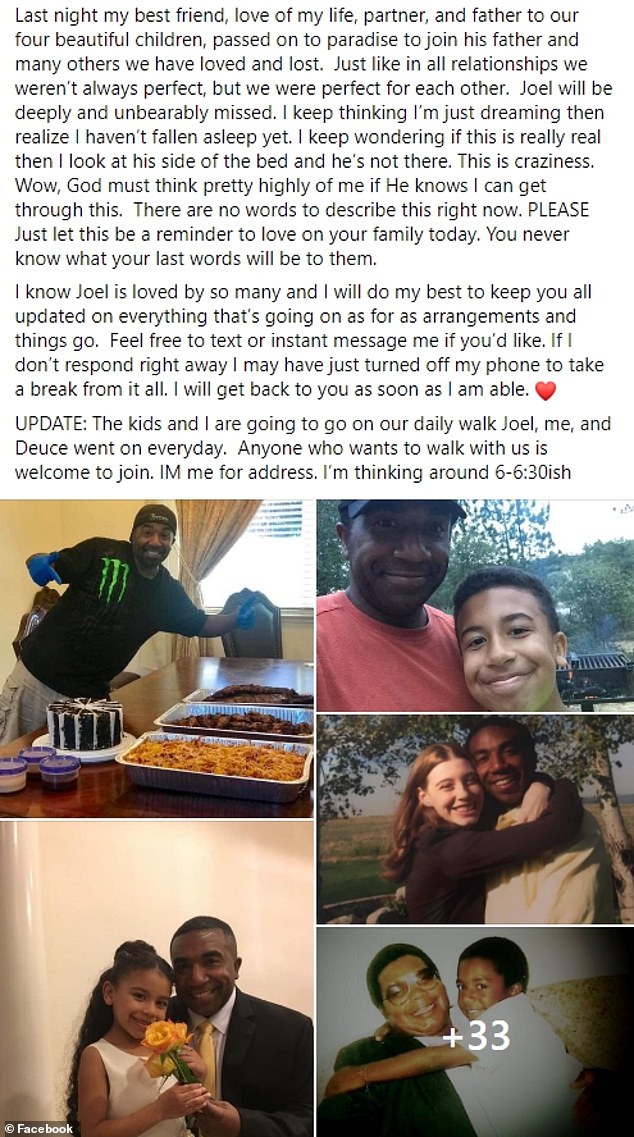 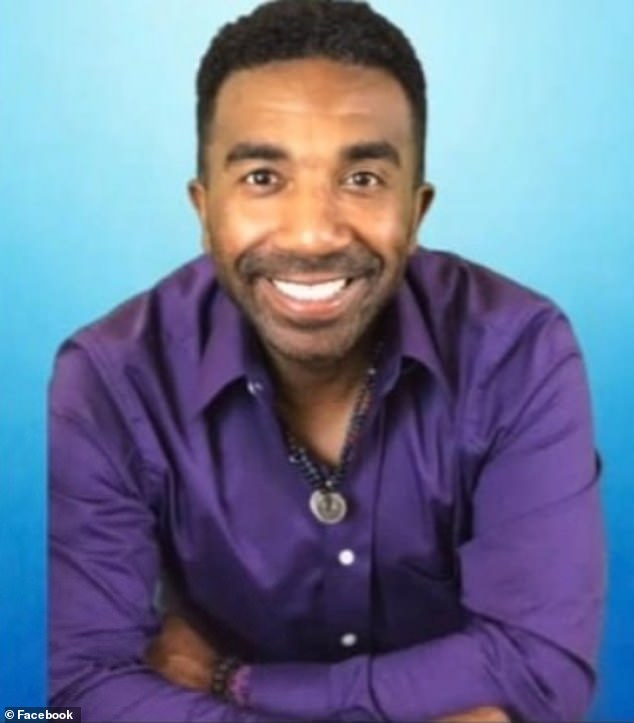 Although he was one of six candidate who lost, Broussard’s ties to the community run deep.

He was a life coach, volunteered with children,  often donated blood and worked with students in Tami Nelson’s class.

Nelson is an educator and trustee on the Los Rios Community College District board.

‘He was a good guy,’ Nelson told KCRA. ‘We need more people like Joel, more people that are active in their community, selfless, looking to do good, helping those in need.’

Elk Grove mayoral candidate Bobbie Singh-Allen, who is currently running for leadership, mourned the death of her friend. 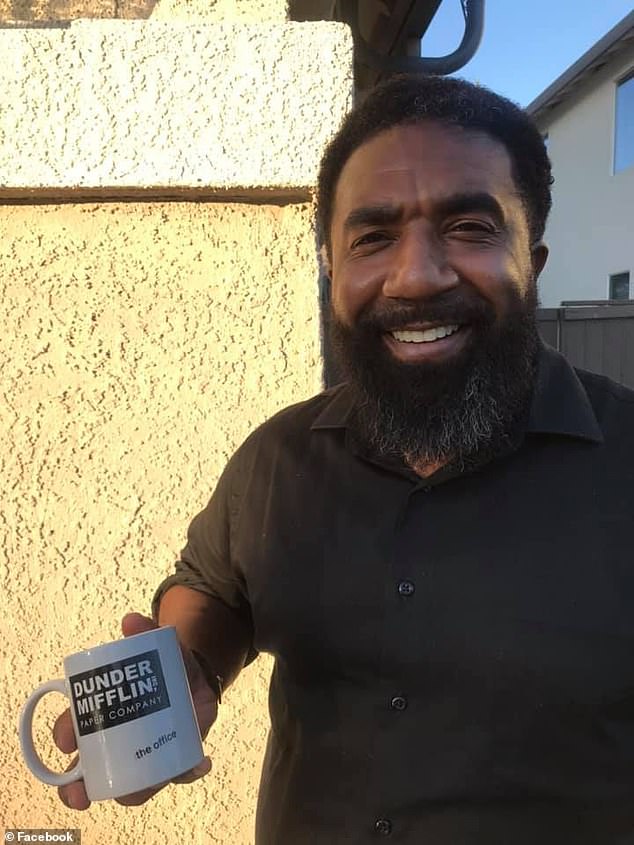 Tami Nelson: ‘[Joel] was one of those rare human beings that those who got to know him, work with him, really drew from his positive energy because he was one of those that truly brought our community together’

‘Even through COVID-19, he was still so positive. It’s a tremendous loss for Elk Grove. And, my prayers for the family. Four children are going to grow up without their dad. It’s heartbreaking,’ Nelson said.

The generosity and love Broussard showed his community left a lasting impact on his children.

‘He would really help out people,’ said his son, Joel-David II Broussard. ‘I really want to continue that with helping people.’