‘He’s s*** at maths!’: Autistic comedian brings the house down with hilarious routine about living with his non-autistic brother

By Nicole Conner For Mailonline

This is the hilarious moment an autistic comedian who has written for Have I Got New For You brings the house down with his sketch about his non-autistic brother.

Joe Wells, 30, performed the routine at the Top Secret Comedy Club in London where he spoke about all the traits of his ‘severely not autistic’ sibling.

The young comedian, who has has supported Frankie Boyle and Alexei Sayle on tour, joked with the crowd about his own diagnosis with autism in February 2019.

‘I am properly diagnosed and everything. So if you heckle me, technically that is a hate crime,’ Mr Wells quipped, to roars of laughter.

He then started cracking jokes about his brother, claiming that his sibling has ‘achieved incredible things for a not-autistic person’. 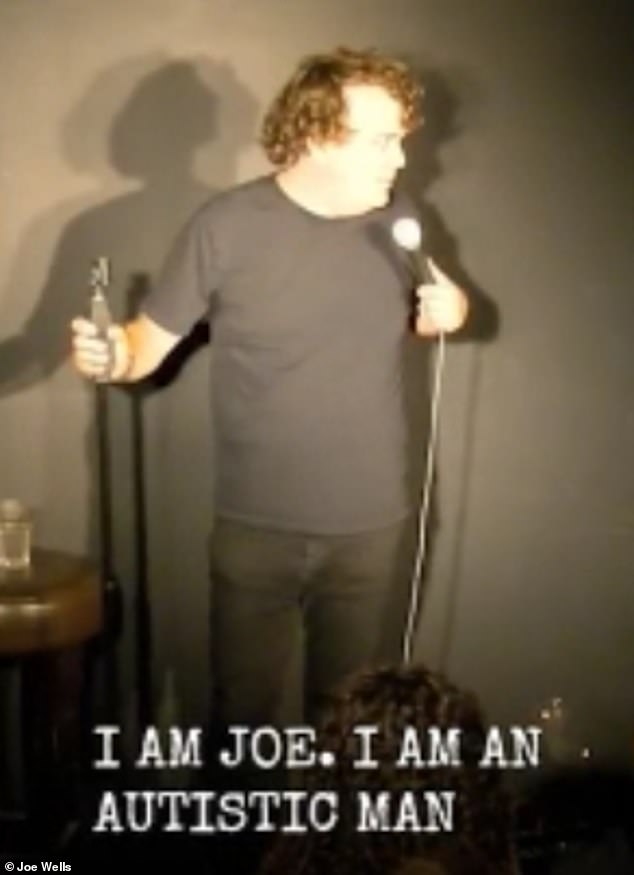 ‘He’s very severely not autistic. He’s got all the symptoms. He loves making eye contact. He’s really into loud, sudden noises. S*** at maths,’ he said.

Mr Wells, who has written a book about his experiences of OCD, joked that ‘wasn’t fair’ on non-autistic people – and that they could also be good at maths.

‘With the right support you can achieve anything,’ he tells the captivated crowd.

In the video, posted online on September 7, Mr Wells turns round comments typically made to autistic people and uses them to joke about his sibling.

He said: ‘He went to university, which I think is amazing for a not autistic person.

‘I mean obviously he had a specialist course that was adapted to meet his needs. It’s called film and media studies.’

The comedian’s writing career began after his first book – Touch and Go Joe, written when he was 16 – was published in 2006.

He has since made a name for himself as a stand up comic, writer and speaker.