By Keith Griffith For Dailymail.com and Reuters

Bill Gates has claimed that President Donald Trump‘s pandemic travel bans actually worsened the coronavirus crisis in the U.S. by prompting a stampede of Americans returning from overseas.

‘We created this rush, and we didn’t have the ability to test or quarantine those people, and so that seeded the disease here,’ Gates told Fox News anchor Chris Wallace in an interview clip released on Friday.

‘The ban probably accelerated that because of the way it was executed,’ Gates continued.

Sounding skeptical, Wallace pressed Gates to explain further, and the software billionaire continued: ‘March saw this incredible explosion, the West Coast coming from China, and the East Coast coming out of Europe.’ 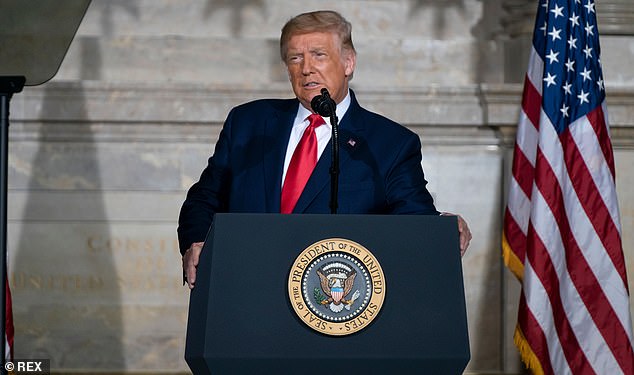 In response to the international crisis, Trump banned travel to the U.S. from China on January 31, and from continental Europe on March 11, adding the UK soon after 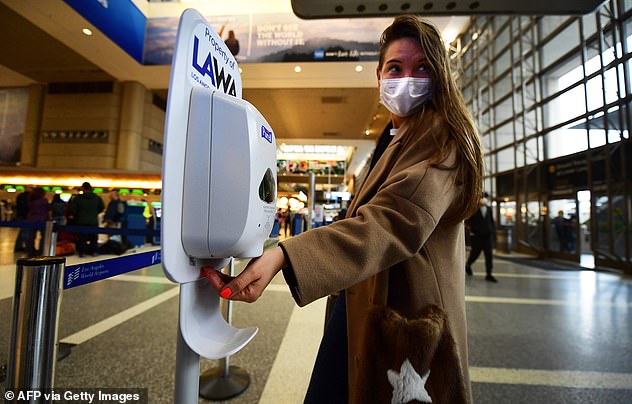 A woman wearing a facemask uses hand sanitizer on arrival at Los Angeles International Airport on March 12, 2020, one day before a US flight travel ban hit 26 European countries

‘So even though we’d seen China, we’d seen Europe, that testing capacity and clear message of how to behave wasn’t there,’ Gates continued.

In response to the international crisis, Trump banned travel to the U.S. from China on January 31, and from continental Europe on March 11, adding the UK soon after.

The president has frequently pointed to the travel bans as evidence of his swift action in the face of the pandemic, saying that he imposed the China ban even as his advisors hesitated and his critics decried the move as racist and xenophobic.

Gate’s full interview with Wallace is due to air on Fox News Sunday.

Gates, a longtime philanthropist on issues of global healthcare and poverty, earlier this week issued a report saying the coronavirus pandemic has wiped out progress on lofty goals such as ending world poverty and hunger in the next decade. 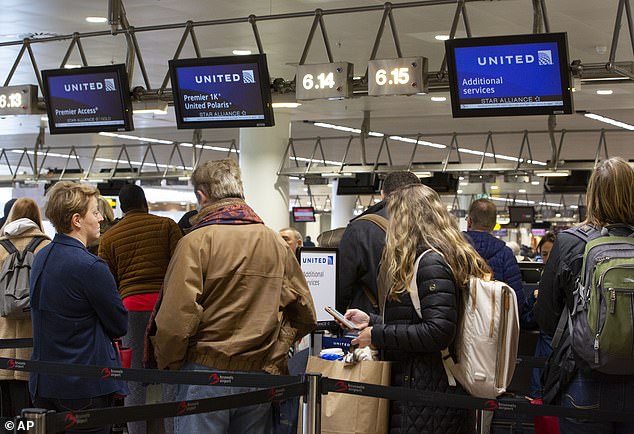 People wait to check in to a flight to Chicago at the United Airlines counter in the main terminal of Brussels International Airport in Brussels, Thursday, March 12, 2020

The report outlines ways in which COVID-19 has wreaked economic damage and derailed progress on many of the global development goals adopted by the United Nations five years ago.

‘The COVID-19 pandemic not only stopped progress, it kicked it backward,’ said Gates, who co-founded Microsoft Corp, in a conference call with reporters. He and his wife Melinda set up the philanthropic foundation in 2000.

U.N. members unanimously passed 17 Sustainable Development Goals, known as SDGs, in 2015, that read like a blueprint of ambitious tasks from ending hunger and gender inequality to expanding access to education and health care.

‘The SDGs represent the values that we have for humanity as a whole,’ Gates said.

‘The importance of the goals if anything is reinforced by the pandemic,’ he said. ‘After all, the pandemic has in almost every dimension made inequity worse.’