By Jack Elsom For Mailonline

Restrictions on travel between the UK and US will cost the British economy £11billion this year, an alarming report by the aviation sector has warned.

Its bleak forecast reckons £32million will be wiped off UK GDP each day from next month if constraints to wrestle down the pandemic are not eased.

Ministers are facing growing calls to thrash out an airport testing regime with their counterparts in Washington so the curbs can be lifted.

People arriving in the UK from the US are required to self-isolate for 14 days, while the US will not allow foreigners to enter if they have been in the UK during the previous fortnight.

As a result, total capacity of trans-Atlantic flights this month is down 85 per cent from last year. 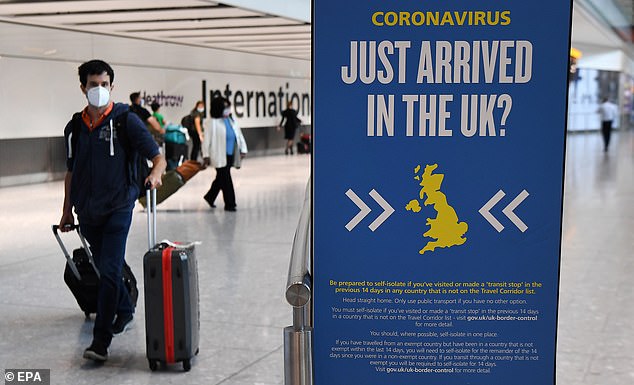 Passengers arrive at Heathrow Airport in London last month, where they are greeted with a reminder to quarantine if they have not flown from one of the approved counties 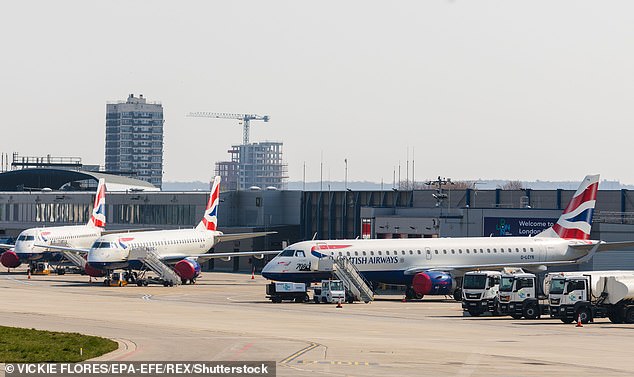 The US is the UK’s most lucrative market for inbound travellers, with nearly four million visits in 2019.

Arrivals from the US spent a total of £3.8billion last year but that is expected to fall by £3.1 billion in 2020, according to the report.

The analysis stated that the average length of each trip is seven days, meaning the UK’s quarantine rules ‘effectively lock these high-spending visitors out of the UK’.

It also warned of a ‘catastrophic loss in trade between the US and the UK of £45.8billion due to closed borders’.

Heathrow chief executive John Holland-Kaye said the report’s findings are ‘a stark warning that action is needed immediately to safely open up connections with our key trading partners in the US’.

He has repeatedly called for the UK Government to reduce the quarantine requirements for passengers who pay for coronavirus tests and get negative results. 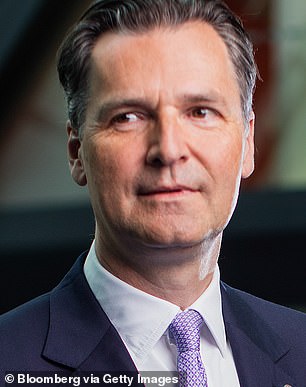 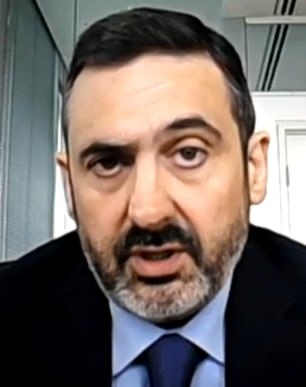 He said: ‘We can start with flights to New York, a city where infection rates are now lower than here, and which is the UK’s most valuable route.

‘PCR testing in private labs, both pre-flight and on arrival, would ensure that there is no risk of importing Covid and could pave the way to a common international standard for aviation testing.’

‘Ministers must reach agreement with their US counterparts on a testing regime that minimises quarantine and permits regional travel corridors to reopen the UK-US market.

‘They must learn from trials across the globe and start implementing new measures as soon as possible to return confidence in flying and protect thousands of jobs.’

Mr Cruz last week told MPs British Airways was fighting for survival as it faced its ‘worst crisis in its 100 year history’.

Britain’s flag carrier is burning through £20million each day and will likely see 10,000 redundancies.

The study noted that airport-based testing for Covid-19 is used by more than 30 countries and at many of the world’s busiest airports, including Paris Charles de Gaulle, Tokyo Haneda and Dubai International.

A testing facility has been set up at Heathrow in a partnership including Collinson, but it will not begin operating unless the UK Government relaxes its quarantine rules.