Emotional moment husband is reunited with his missing wife, 73, after she got lost on a hike and spent three nights alone in the wilderness

An elderly hiker has been reunited with her husband after being lost on Queensland’s Fraser Island for three nights.

Madeleine Nowak, 73, was found alive and well on Sunday morning after she became separated from a tour group on the island’s Great Walk on Thursday.

After spending three nights sleeping rough, she walked from the scrub onto Eastern Beach, about 7km from where she got lost, and approached campers for help. 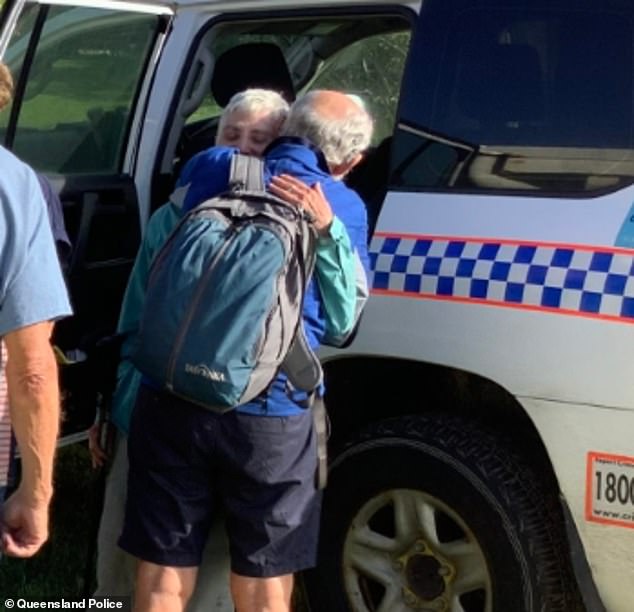 Elderly hiker Madeleine Nowak, 73, (pictured) was rescued and reunited with her husband on Sunday after being lost for three day’s on Queensland’s Fraser Island

‘Everybody involved in the search effort was just so relieved. It’s been a really, really long three days,’ she told reporters.

LifeFlight’s Brent Morgan said Dr Nowak left the trail after coming across a fallen tree on the track.

She decided to go around it before becoming disoriented and unable to rediscover the path.

A land, air and sea search and rescue commenced on Thursday evening and continued throughout Friday and Saturday. 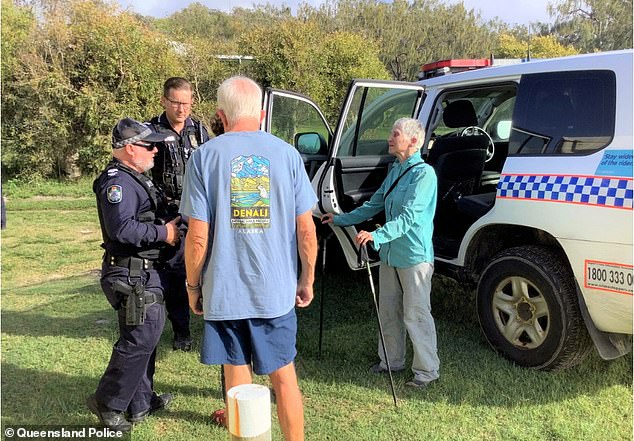 Those searches were halted at night and restarted each morning at first light.

Dr Nowak knew air crews were looking for her but was unable to wave them down in difficult terrain.

‘The missing person actually said she heard choppers overhead but because of the canopy she just couldn’t get their attention.’

Dr Nowak is believed to have walked 6-7km from where she was last seen, making it harder for authorities to pin down her whereabouts.

Police have reminded adventurers to stay put if they become lost or disoriented to aid rescue efforts.

‘If you stay as near as possible to where you have gone missing, the chances of you being located during a search dramatically increase,’ Insp Flood said.

Dr Nowak is in good health and expected to be released from Hervey Bay Hospital after undergoing precautionary checks. 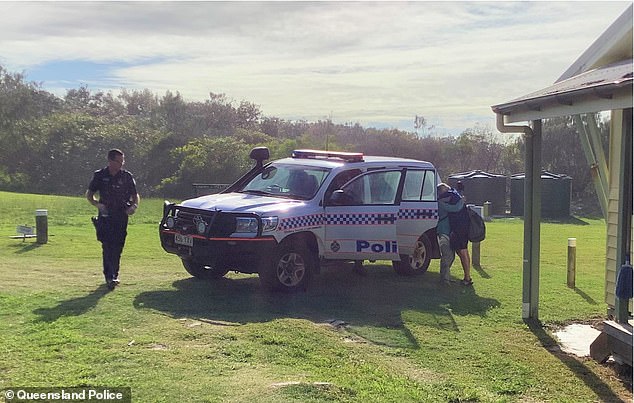 Dr Nowak survived on food and water rations before emerging onto the Eastern Beach, about 7km from where she got lost, and approached some campers for help