Lisa Curry and Grant Kenny farewelled their eldest daughter on Saturday after her tragic death following a years-long battle with an eating disorder and alcoholism.

Jaimi Kenny passed away at Sunshine Coast University Hospital on Monday morning surrounded by her family, including both her Olympian mother and Ironman father.

Dozens of devastated family and friends gathered for the funeral on the Sunshine Coast on Saturday afternoon, after the tight-knit clan spent almost a week grieving the loss of the ‘bright, bubbly’ Jaimi. 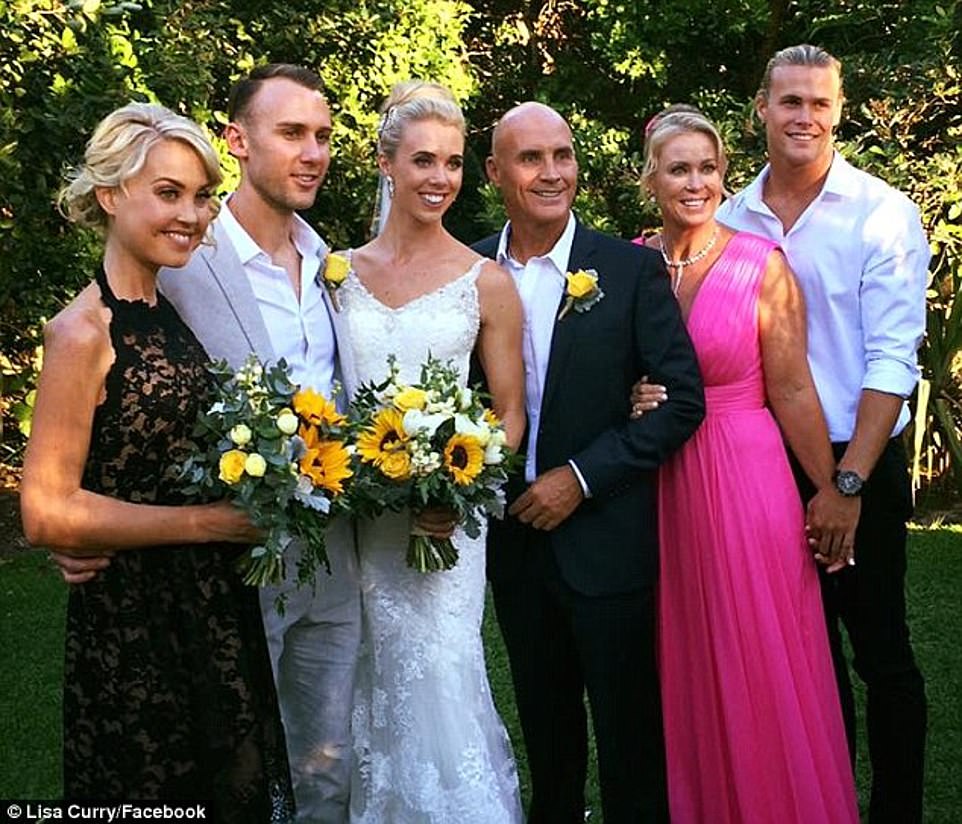 Jaimi Kenny, 33, had long battled an eating disorder, with her family supporting her through years of treatment at a private clinic (Jaimi, left, is pictured with her family at her sister Morgan’s 2016 wedding) 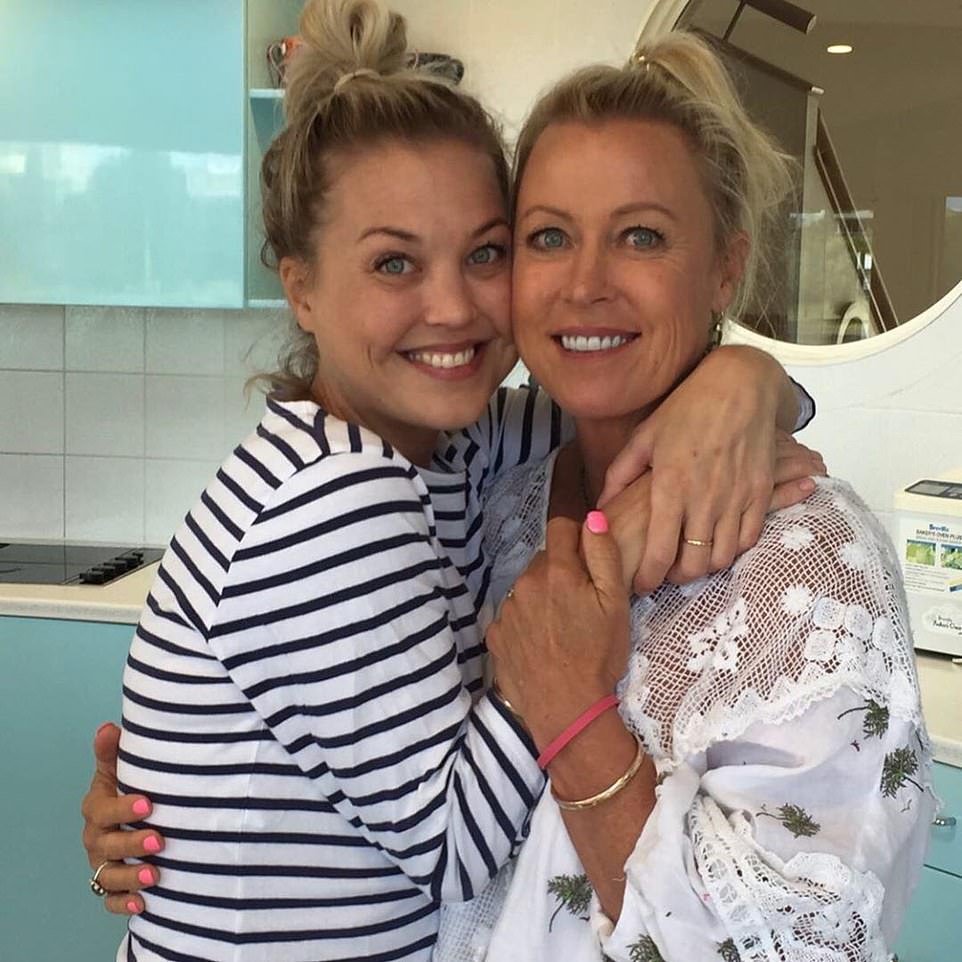 Devastated: Lisa Curry (right) has released a heartbreaking statement about the death of her daughter Jaimi (left) on Monday 14 September 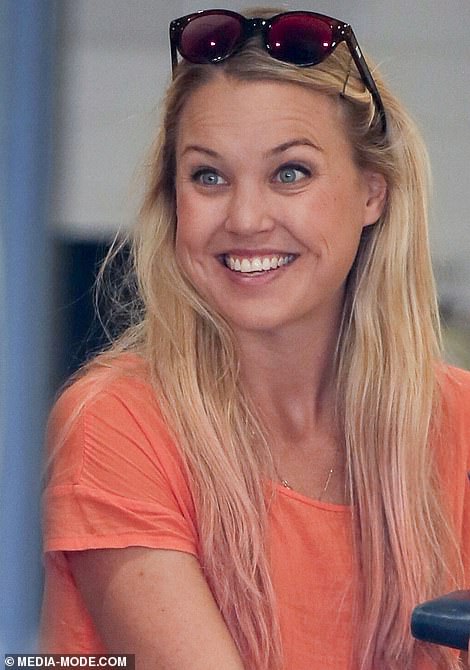 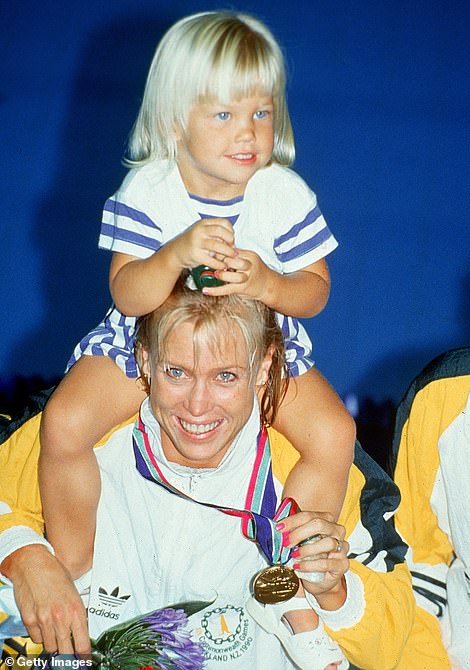 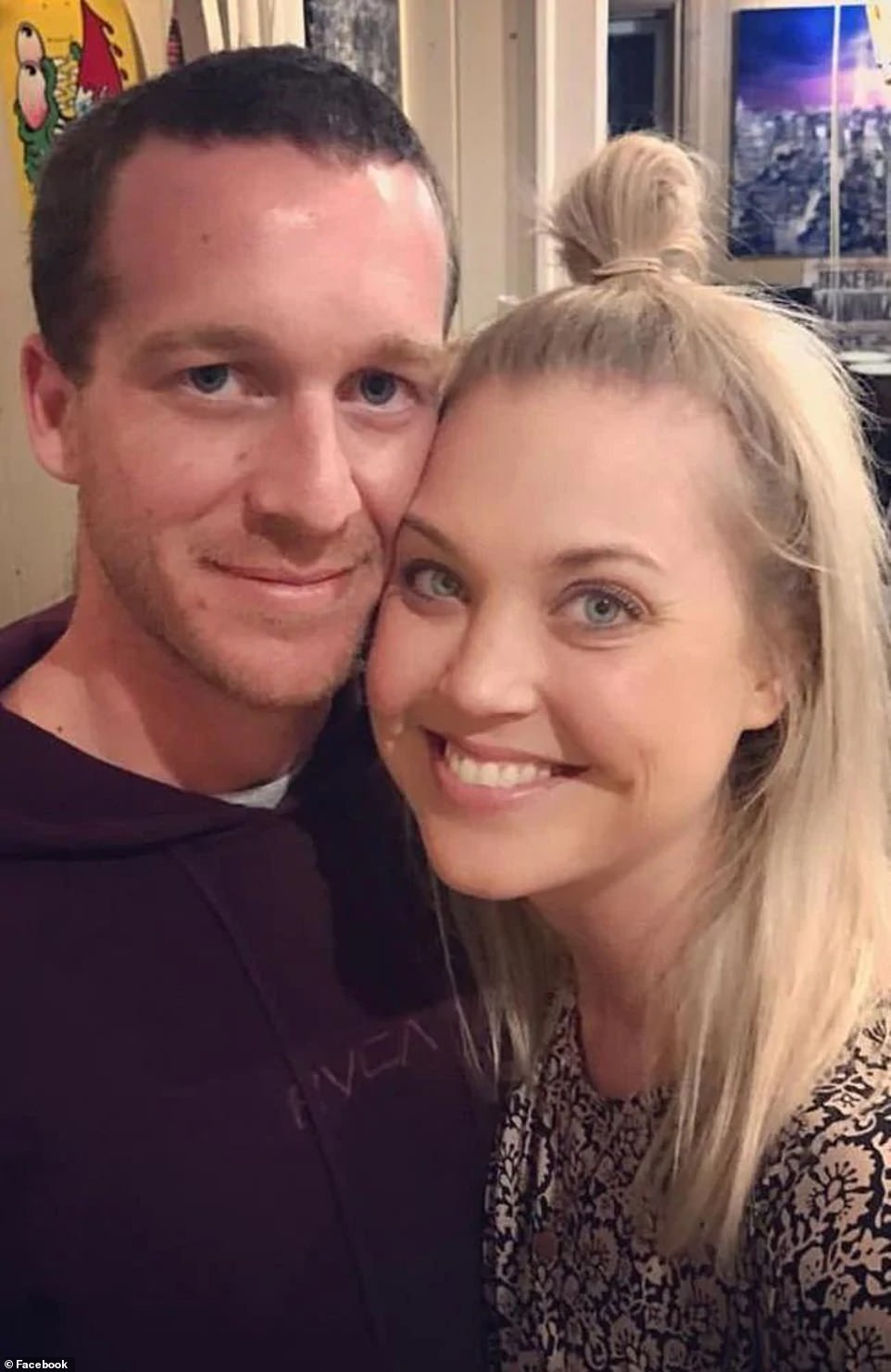 They gathered out the front of the venue from about 3.30pm, chatting quietly among themselves until the Curry-Kenny clan arrived.

Jaimi’s brother Jett donned a slick, grey suit and dark tinted sunglasses when he stepped out of a car alongside his Ironman father about 4pm.

The pair supported one another as they made their way through the crowd of friends and family.

Jaimi’s younger sister Morgan, who is pregnant, arrived with her husband Ryan and their two-year-old Flynn. Jaimi and the toddler had a close relationship.

A lone man playing a somber melody on the bagpipes eventually greeted guests, instructing them to make their way into the church for the service to begin.

Earlier in the day, Jaimi’s immediate family had gathered at Grant’s waterfront home. They spent the morning preparing for the funeral together and tidying up the house, before friends eventually came to help them transport bouquets of flowers which have been arriving since news of Jaimi’s tragic death spread. 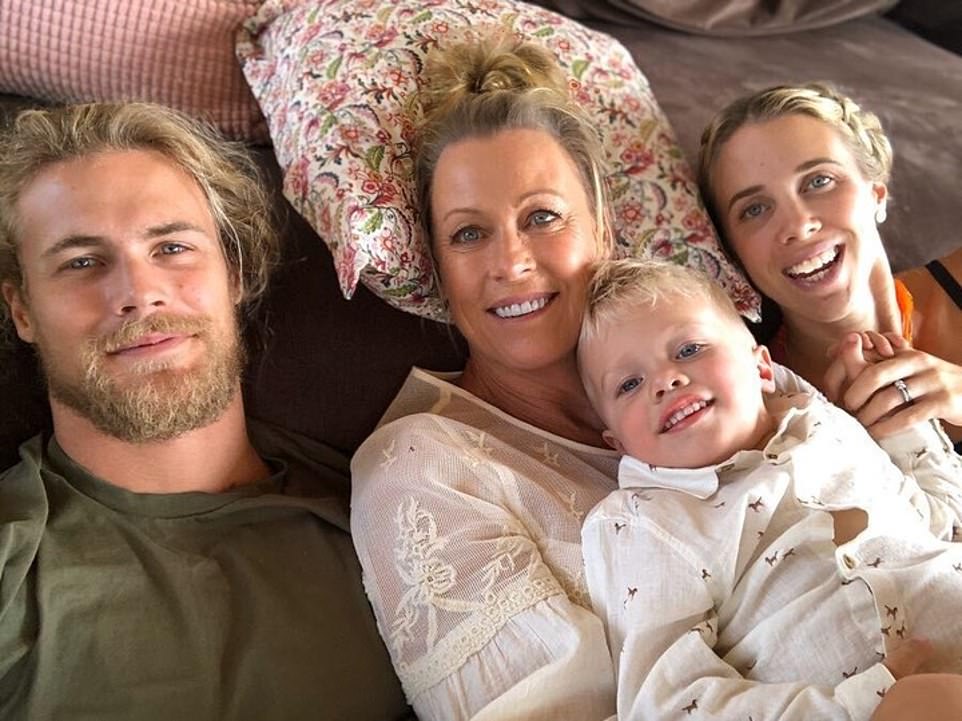 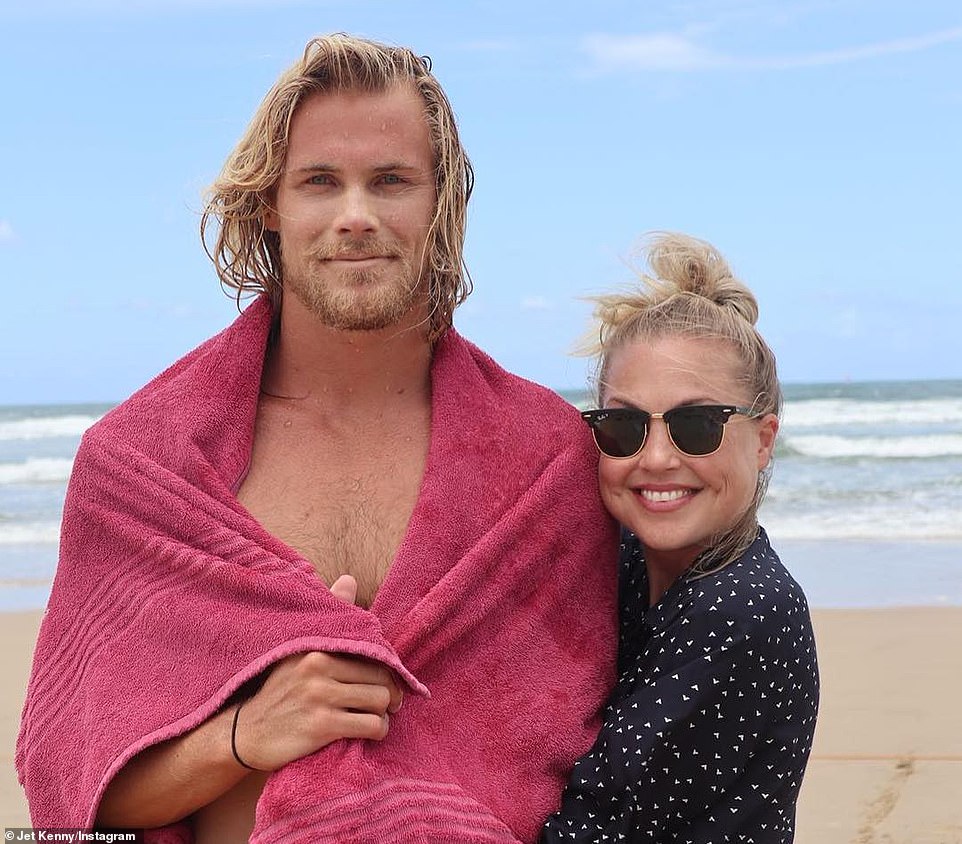 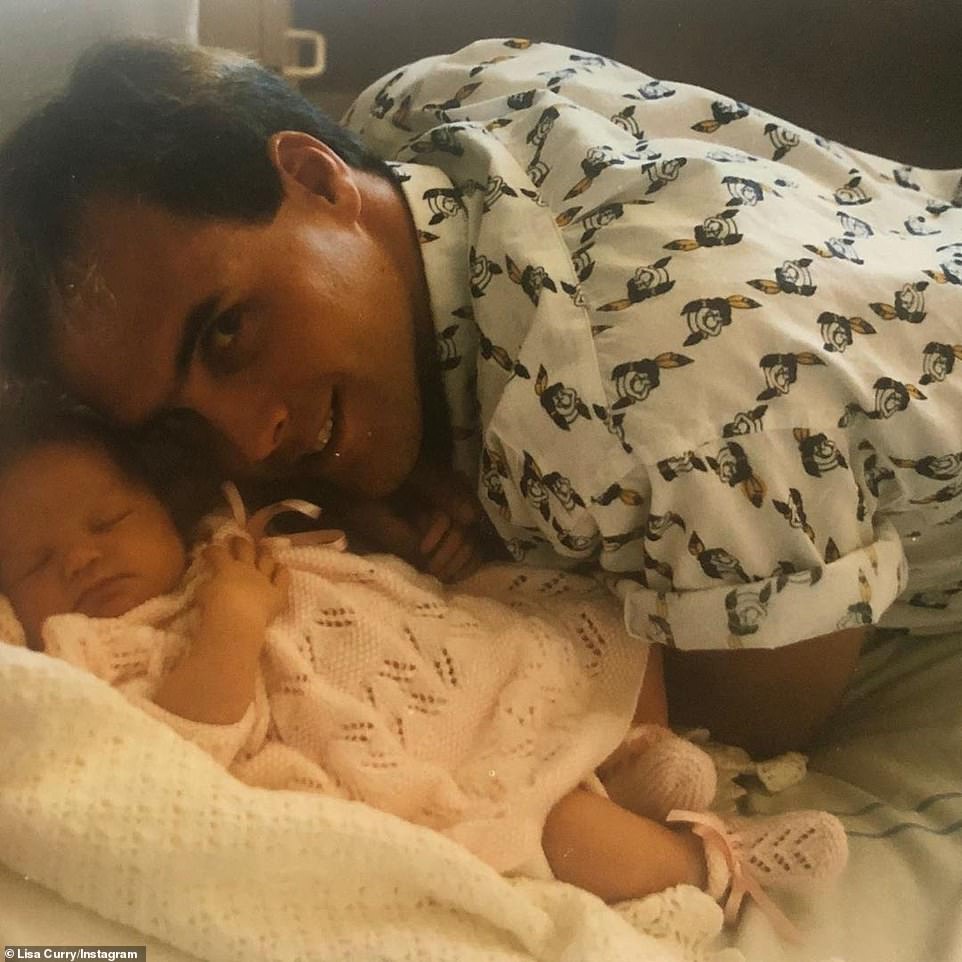 Gone too soon: Jaimi is the daughter of Lisa and her ex-husband, Australian ironman champion Grant Kenny (who is pictured with his daughter as a baby)

Prior to her death, Jaimi had expressed her desire to one day have a family of her own, and absolutely doted on the children in her family.

After her parents’ marriage deteriorated, Ironman Grant Kenny went on to have a daughter Trixie Belle with radio star Fifi Box.

‘Trixie’ was the centre of Jaimi’s universe, and the nanny even moved down to Melbourne to live with the duo.

But her struggles with her mental health brought her back to the Sunshine Coast and her parents shortly after making the move.

She worked closely with the End ED clinic which specialises in eating disorder treatment and recovery.

Jaimi met and fell in love with local business owner Lachy Crossley on the Sunshine Coast.

His mother Gail said ‘they had plans to be together forever… They were certainly in love’.

‘You could just see the love in their eyes that they had for each other. People described them as a modern-day Romeo and Juliet,’ Dr Crossley added. 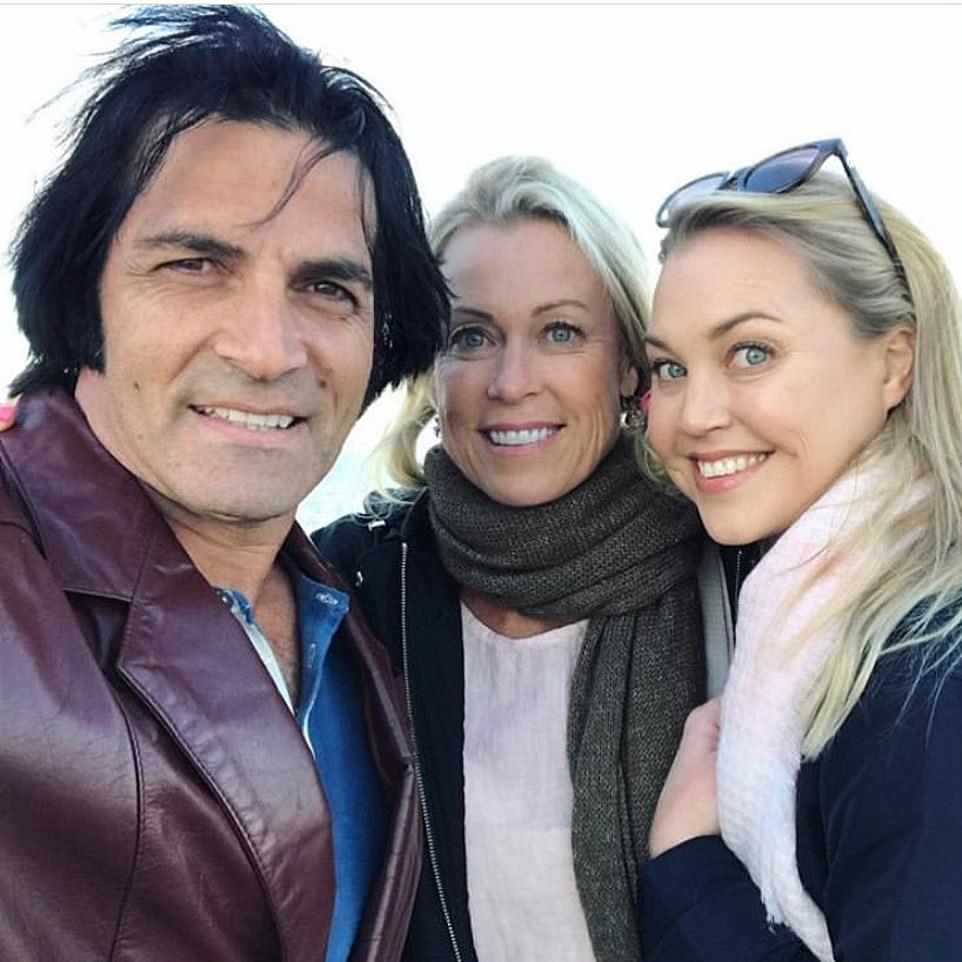 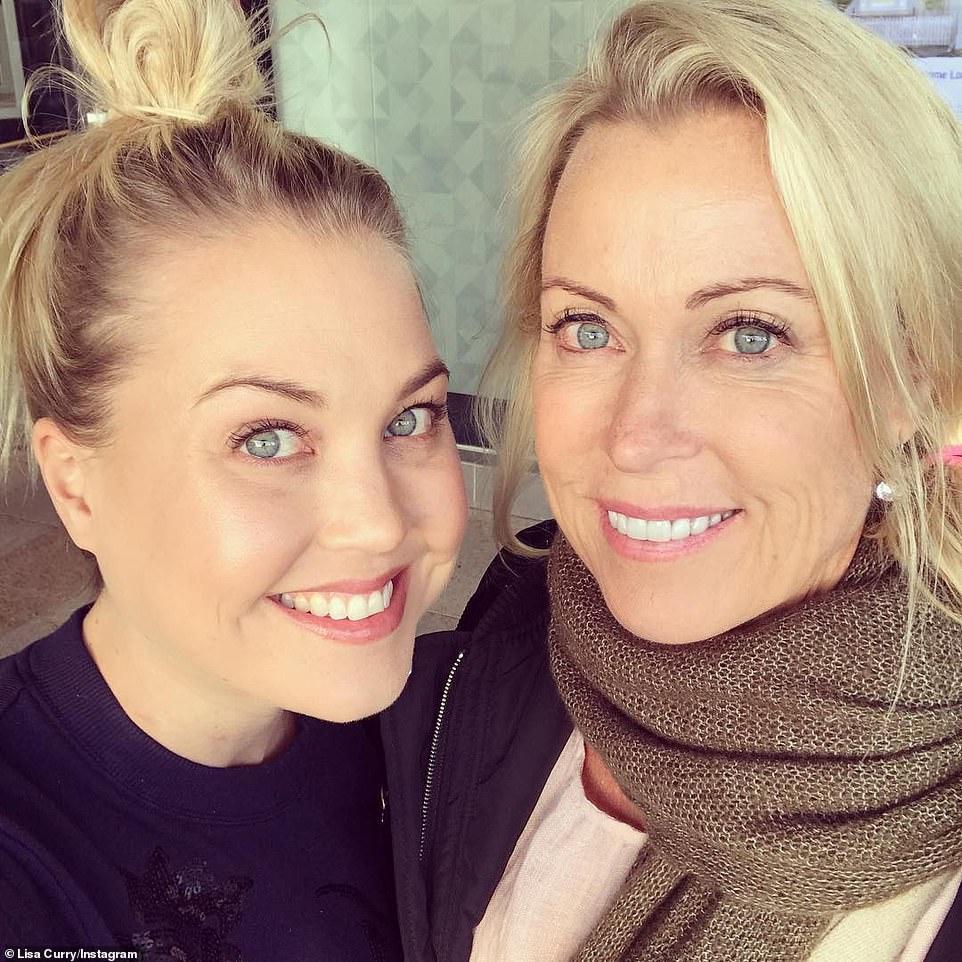 Sad: ‘Our hearts are broken and the pain is unbearable but we cherish every wonderful moment we got to share with our treasured and so loved first child,’ Lisa said 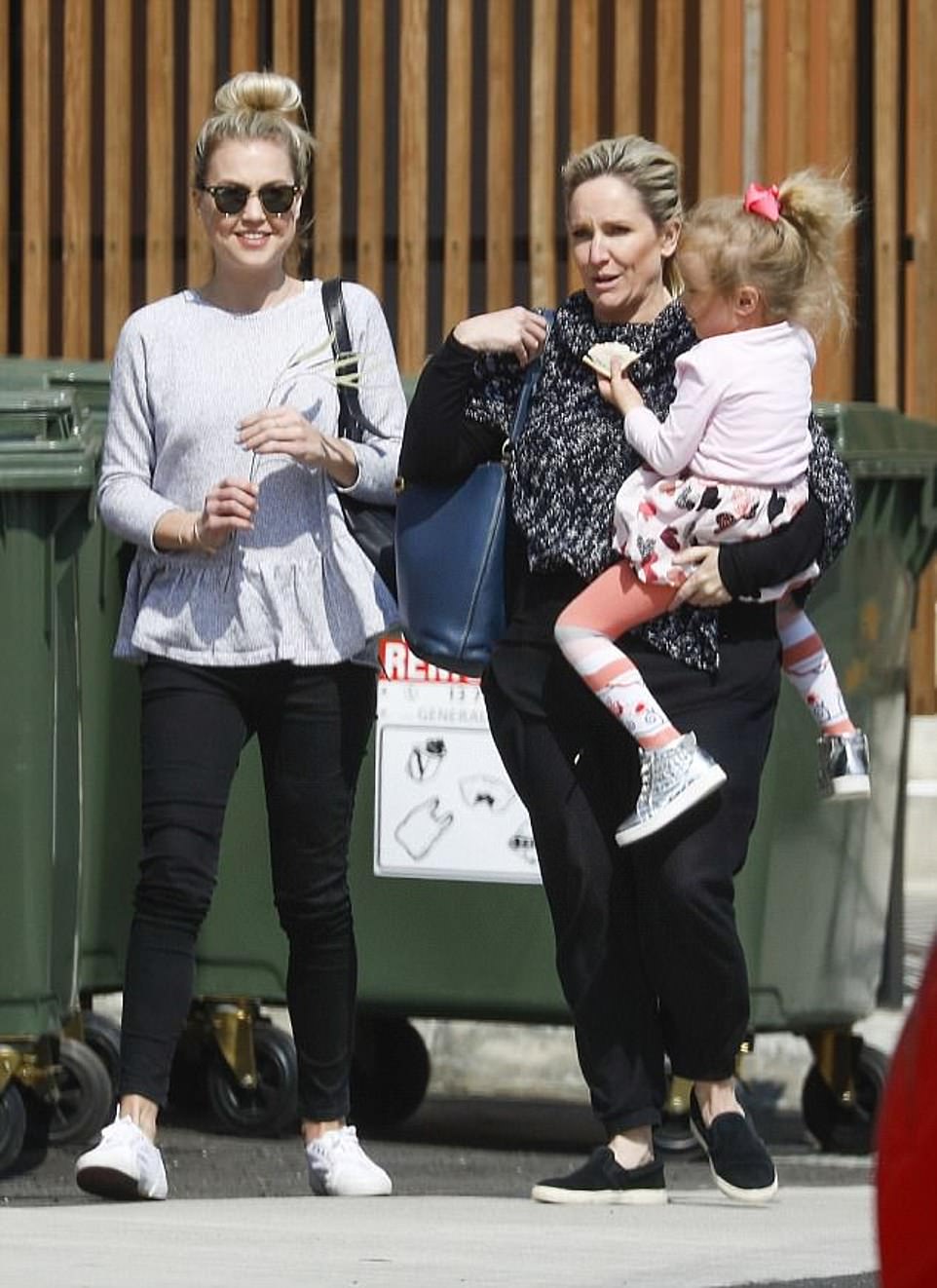 New chapter: In 2013, Grant, 57, welcomed a daughter named Trixie Belle with radio presenter Fifi Box (right). Fifi – who had a close friendship with her ex’s adult children, including Jaimi (left) – did not acknowledge Grant was the father of her daughter until 2016. Pictured in 2017

But in 2017, Lachy died in circumstances ‘too heartbreaking’ for the family to discuss.

The happy couple had recently moved in together and had began discussing their future together. They both loved each other and loved children even more.

The tragedy plunged Jaimi further into a depression and she spent the years to follow in and out of hospital and the eating disorder clinic.

Her medical team tried everything, including blood transfusions, to extend her life.

The Curry-Kenny clan have repeatedly expressed their fondness of her medical team, and thanked them for their hard work in maintaining Jaimi’s quality of life.

On Friday night, Morgan’s husband Ryan thanked the local community for their support and outpouring of love in the days since Jaimi’s death.

‘Thank you to everyone who has reached out and offered kind words, gifts, support and love to Jaimi’s family and I. The condolences are so welcome and helpful,’ he wrote alongside a photo with bouquets of flowers.

‘We have been sharing the messages with each other and although we may not have been able to offer a response we have received the love from all of it and are very appreciative.

‘Jaimi was so very loved and will be so very missed but the love we all share for her will keep her memory alive.’ 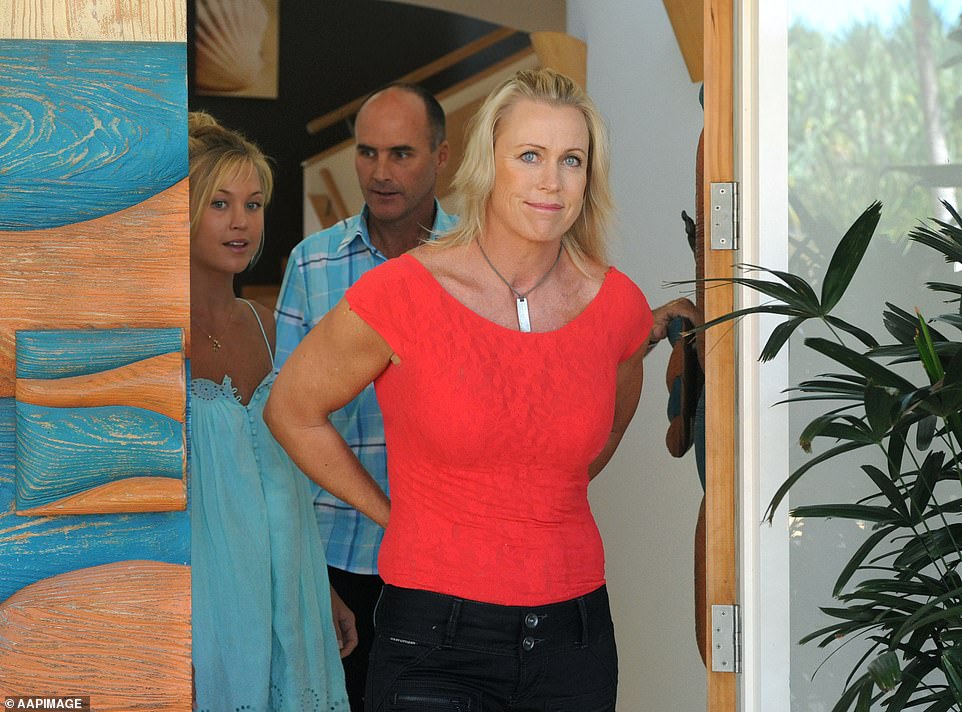 Co-parents: Lisa and Grant separated in 2009 after 23 years of marriage, before finalising their divorce in 2017. They are pictured with Jaimi on the Sunshine Coast on April 3, 2008 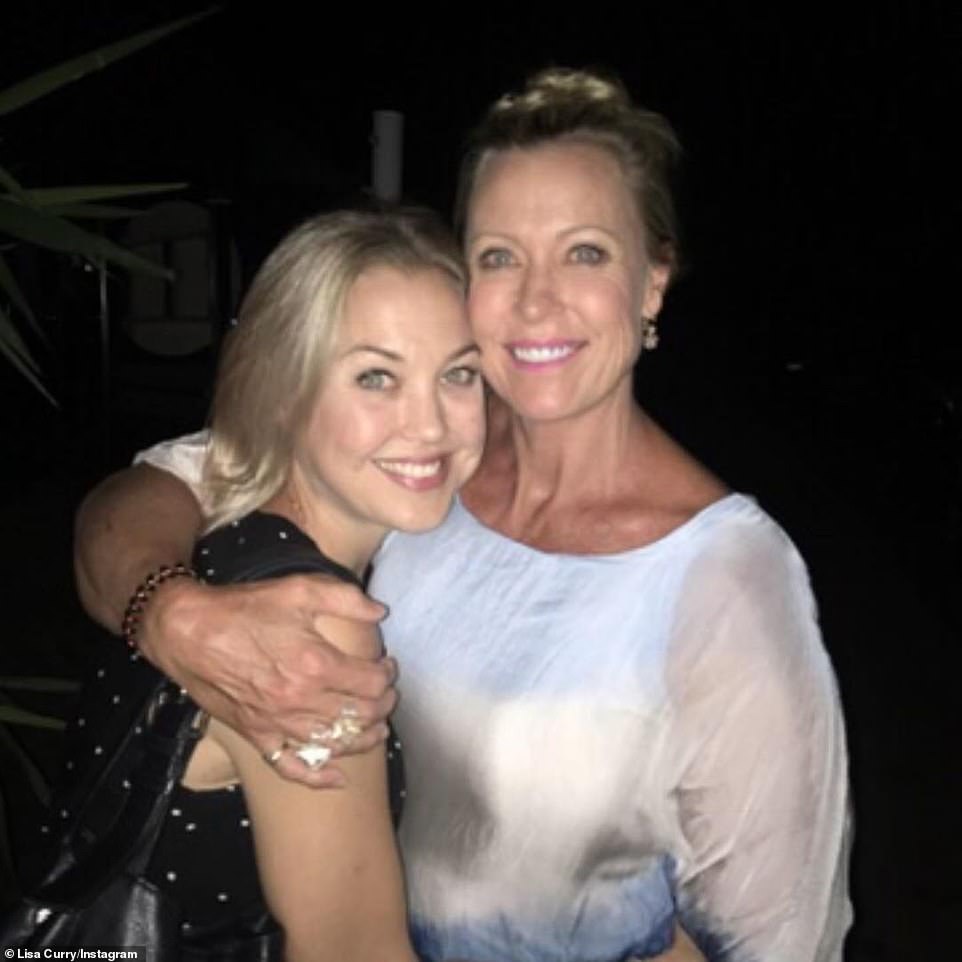 Jaimi was extremely tough on herself, growing up in a family surrounded by Olympians, Ironmen, models and professional dancers.

Meanwhile Grant and her brother Jett are both Ironmen and revered within the local surf life saving community.

Jett still works as a life guard with Alexandra Headlands Surf Club, and is also a successful model.

Meanwhile her younger sister Morgan flourished when she moved to France for her dance career, scoring a prestigious role with the Moulin Rouge.

‘She was incredibly hard on herself and her own harshest critic, but completely non-judgmental of others,’ a Curry-Kenny family friend told Sunshine Coast Daily.

‘Growing up on the beach on the Sunny Coast, she was – apart from being incredibly gorgeous – a genuinely kind soul, bubbly, loveable and outgoing. No-one knew until many years later about her silent struggles with depression and chronic eating disorders. She managed to keep on smiling despite so many very dark days.’

Despite her ongoing struggles, friends of Jaimi told how she always brought ‘light and laughter’ to the lives of those she around her.

Even retail assistants at her local shopping centre in Kawana told Daily Mail Australia she was always a ‘friendly face’ when she popped in.

Her model brother Jett paid tribute to his sister on Tuesday, admitting that while he ‘may not have been the best brother’ they ‘loved one another unconditionally’.

‘I may not have been the best brother to you all the time, I know you thought you weren’t being the big sister I needed all the time, but I do know we loved one another unconditionally all the time,’ he wrote.

‘I will love you forever. Rest In Peace my beautiful big sister, the world lost one of its treasures yesterday but heaven gained one. You will be dearly missed by all whose lives you touched.’

The tight-knit family have been congregating at Kenny’s luxury home in the days since Jaimi’s passing.

But Jett has been spotted several times around town, turning to his closest friends during the difficult time. 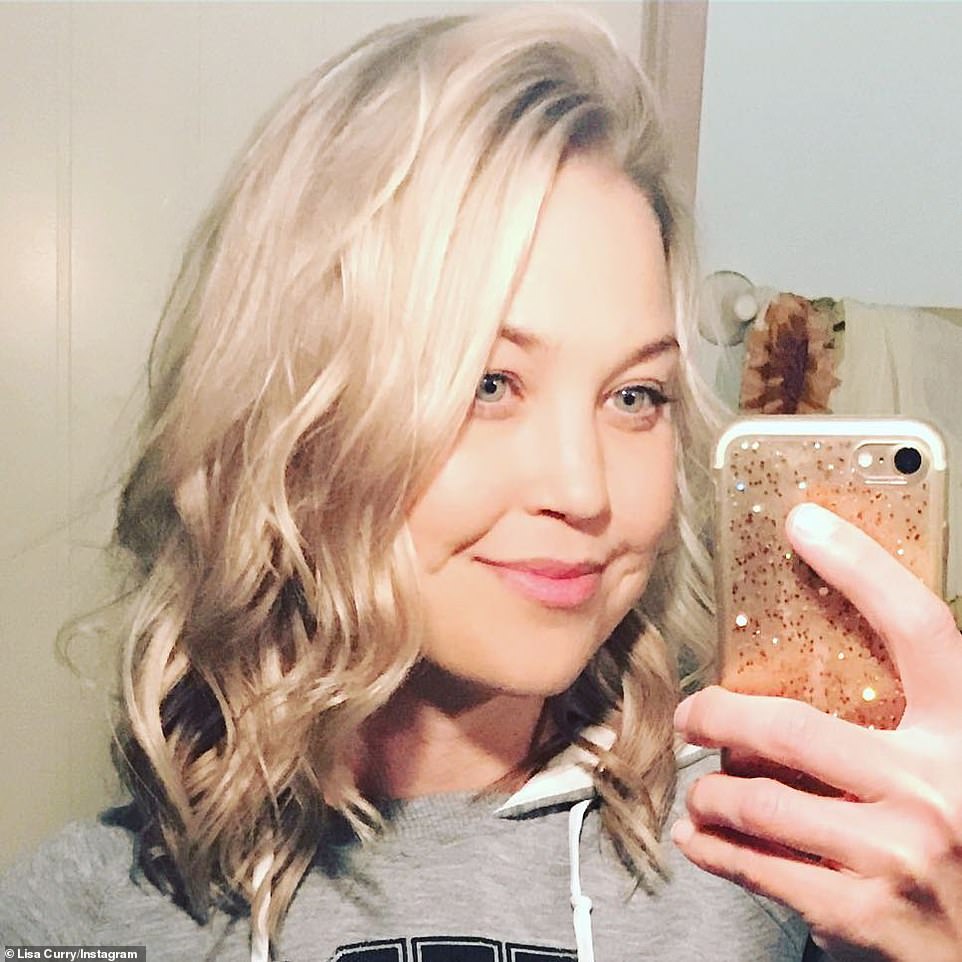 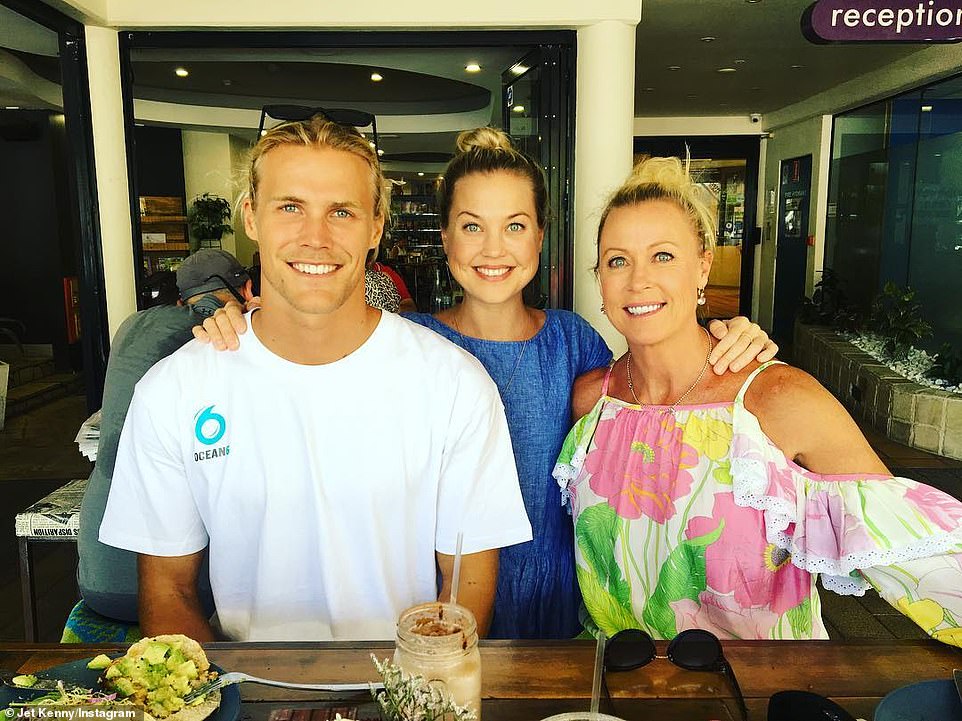 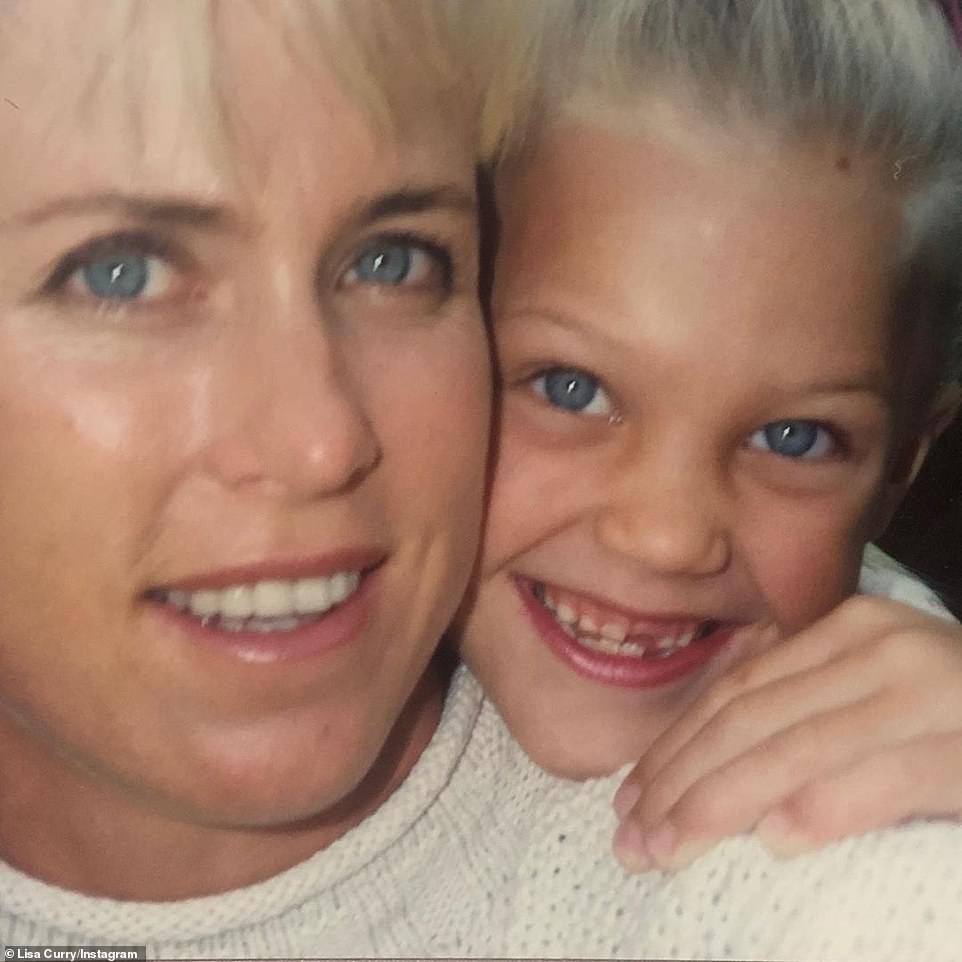 RIP: Jaimi is pictured as a child with her mother, a three-time Olympian and former swimmer

He has shared several photographs taken at the gym, enjoying cocktails and pizza at a Brisbane bar and at the surf club where he works in the days since Jaimi’s passing.

Jaimi had been struggling for some time in the lead up to her tragic death, both with her eating disorder and a dependency on alcohol.

She first sought help for mental health ‘troubles’, including anxiety, when she was 14.

But in 2014, she was charged with high range drink driving after she was caught swerving between lanes on the Sunshine Coast Motorway.

Police pulled her over, and she was required to appear in Maroochydore Magistrates Court, where the court heard she had consumed up to 16 bottles of Strongbow cider.

She recorded a blood-alcohol reading of 0.23 per cent at the scene.

Her lawyer at the time told the court she was getting help for ‘troubles’, and admitted that alcohol had become ‘a bit of a feature’ in her life since the deterioration of a romantic relationship in 2012.

The 33-year-old had been supported by her parents and siblings through many years of treatment at private clinic End ED, on the Sunshine Coast in Queensland.

Shattered staff at the clinic said they could not discuss Jaimi’s struggle, but told how she became part of the ‘family’ over the years.

She was an avid swimmer at the time and hoped to follow in her Olympian mother’s footsteps.

The family confirmed Jaimi’s death on Monday September 14 with a moving statement.

‘It is with a very heavy heart that Lisa and I confirm that our beautiful daughter Jaimi has lost her battle with a long-term illness and passed away peacefully in hospital this morning in the company of loving family,’ Grant first said on Monday.

‘Jaimi will forever be remembered as a caring, bright and loving soul who always put others before herself,’ he continued.

‘Our hearts are broken and the pain is immense but we must move forward cherishing every wonderful moment we got to share with our treasured first child.’

For free and confidential support, contact Lifeline on 13 11 14 or the Butterfly Foundation for eating disorder concerns on 1800 ED HOPE