Securitas patrol officer, 39, raped drunk woman in her 20s in a deserted car park when she mistook his car for a taxi after leaving nightclub

A Securitas patrol officer who raped a woman while on duty in a deserted car park is facing years in jail.

Sola Warikwah, 39, attacked the victim in the back of his company car after she mistakenly got in thinking he was a taxi driver who had come to collect her in London’s West End.

The victim had been drinking in a nightclub in east London before heading to Belgravia where she was sexually assaulted by Warikwah in the early hours of Easter Monday, April 22, 2019.

Warikwah worked as a security patrol manager for contractor Securitas and was tasked with visiting sites and patrolling areas of central London between 7pm and 7am each day. 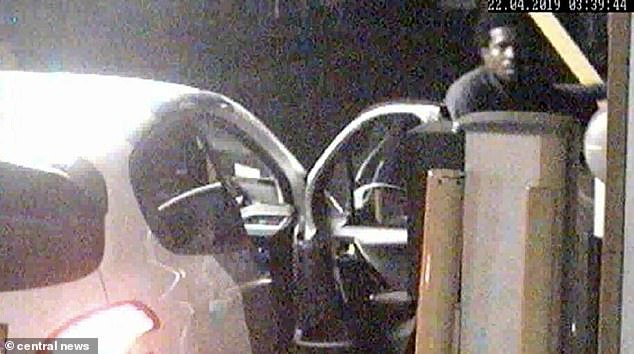 Sola Warikwah, 39, (pictured) attacked the victim in the back of his company car after she mistakenly got in thinking he was a taxi driver who had come to collect her in London’s West End

During the attack, the victim who was in her 20s, managed to send messages to a friend. She wrote: ‘I’ve been raped. I feel sick. This taxi won’t take me home.’

She later managed to get out of the car and took photographs of her assailant as he walked away.

He denied but was convicted of rape following a week-long trial at Southwark Crown Court.

Nahid Mannan, from the CPS, said: ‘This was an opportunistic sexual attack on a vulnerable victim who was trying to make her way home after a night out.

‘Warikwah had patrolled the car park where he raped the victim just hours before – no doubt taking note that it was virtually deserted. 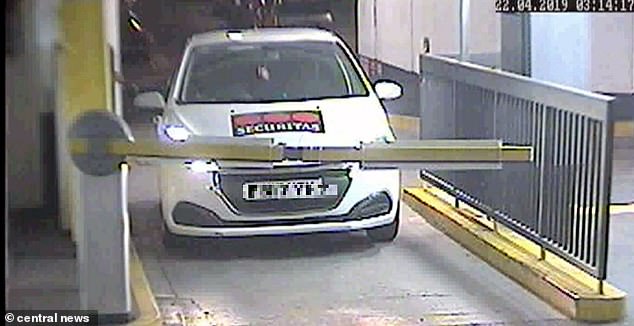 ‘During the trial Warikwah claimed that the sexual activity had been consensual and that the victim had instigated it. Using witness testimony and CCTV evidence the prosecution was able to prove that he was lying.

‘Rape cases are some of the most complex and challenging offences to prosecute. I would like to pay tribute to the victim in this case who courageously supported the prosecution and gave evidence against her attacker.

‘Warikwah will now spend a significant time in prison where he will no longer be a threat to women.’

He was remanded in custody ahead of sentence on 6 November.