Sri Lankan immigrant, 23, is accused of coercing young girls into sending him explicit photos and videos before blackmailing them into sending more

A Sri Lankan man living in Melbourne has been charged with child sex offences over coercing young girls into sending explicit images and videos of themselves and then blackmailing them to send more.

The Australian Federal Police alleged the man distributed the intimate content to the girls’ families and friends as a punishment for failing to comply.

The 23-year-old was arrested after tip-offs from both the London Metropolitan Police and the FBI about young girls, aged between 12 and 14, receiving threatening messages. 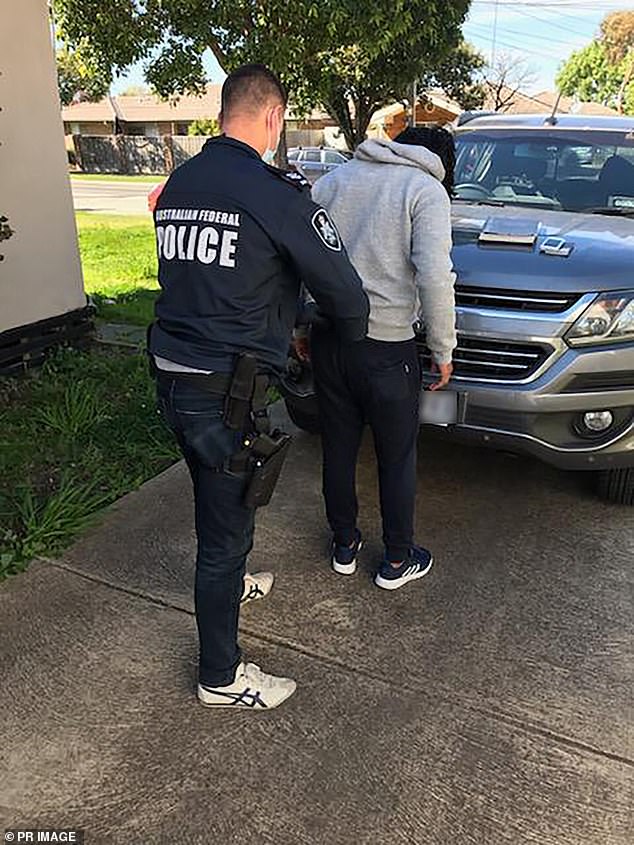 Investigators traced the messages to an address in the Melbourne suburb of Burwood and executed a search warrant in June.

They seized a number of devices for further forensic examination which they say show the man contacted two young girls, one in the UK and one in the US, using fake social media identities.

After gaining their trust, both girls sent intimate content to the man.

It is further alleged he then used those images and videos to blackmail them for more content, under the threat of sharing the previously sent images with their friends and family.

When they refused his demands, the man allegedly made contact with multiple friends and family members of both girls and shared the images and videos.

The man is accused of sending dozens of messages to the girls in which he threatened to release more of the sexually explicit material and said he would ruin their lives if they failed to comply with his demands.

AFP Detective Superintendent Jayne Crossling said in this case the material had been ‘doubly weaponised’ to facilitate so-called sextortion.

‘Sextortion is a form of blackmail where someone threatens to share intimate images of you online unless you give in to their demands,’ she said.

‘These demands are typically for money, more intimate images, sexual favours, or in an effort to control or humiliate a victim.’