Who’s eating who? Astonishing moment catfish hangs with its jaws around a snake’s head and another serpent clamped to its tail before it escapes from both attackers

A catfish was suspended in the air with its jaws around a snake’s head as two hungry serpents fought over their next meal in India.

Footage captured at Kanha National Park in the state of Madhya Pradesh, shows one of the checkered keelback’s enter the catfish’s mouth after plucking it from the water as a second snake locks its jaw around its tail.

The snakes keep hold of their bizarre position as they continue to tussle over their food.

Nature enthusiast Ghanshyam Prasad Bhanware, who was able to capture the scenes on July 19, said the reptiles fought over their lunch for 30 minutes before eventually giving up and retreating. 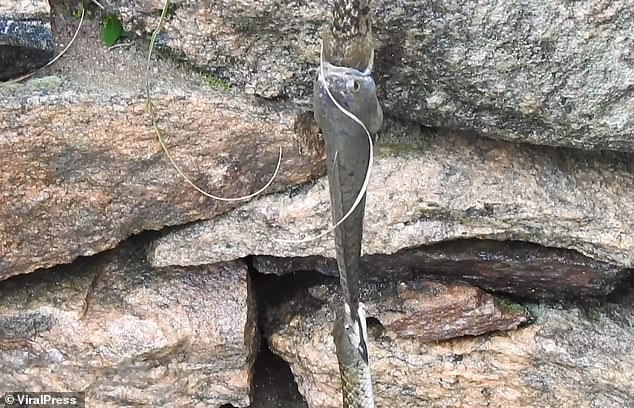 One keelback snake holds onto the catfish’s tail while the other appears to have its head in its mouth at Kanha National Park in Madhya Pradesh, India 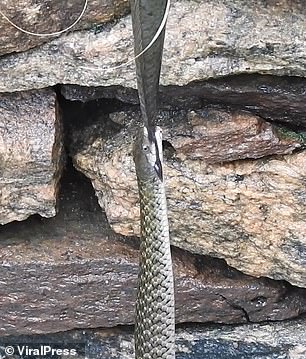 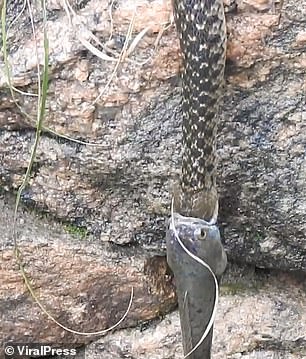 During the clip, the snake at the top holds onto the fish and begins to sink its head into its mouth as it tries to pull it away from the second snake clinging onto the fish’s tail.

Mr Bhanware said the first keelback had been lifting the fish out of the water when a second keelback launched itself from the water and chomped on the tail.

He said: ‘That fish was strong-willed. My passion and hobby is to capture rare moments and seeing this was unbeatable. This was my first time to see a fish that dared to fight a snake.’

The photographer said the three creatures were stuck in the bizarre position for around 30 minutes before the snake holding the fish’s tail became tired and dropped back into the river.

The other snake then let go a few minutes later and slithered away when the fish started wriggling around.

Mr Bhanware added: ‘The fish made it back into the water and both the snakes went without food. The fish swam away so I am certain it was still alive.’ 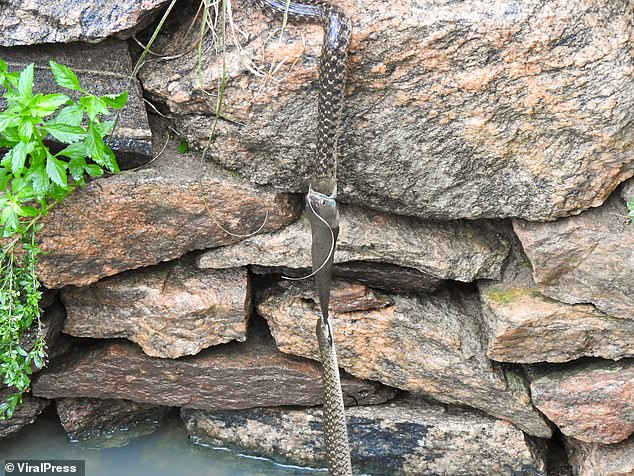 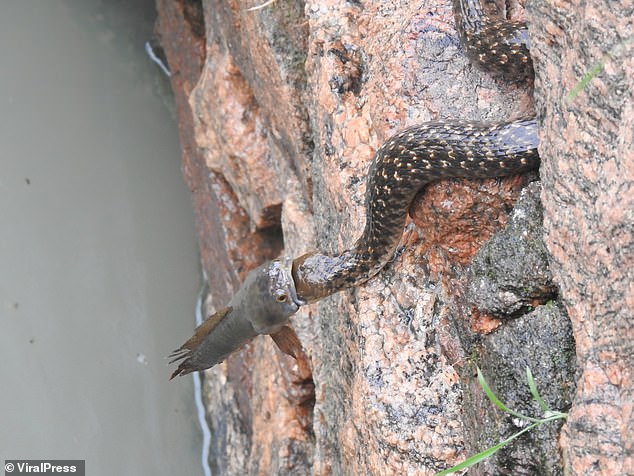 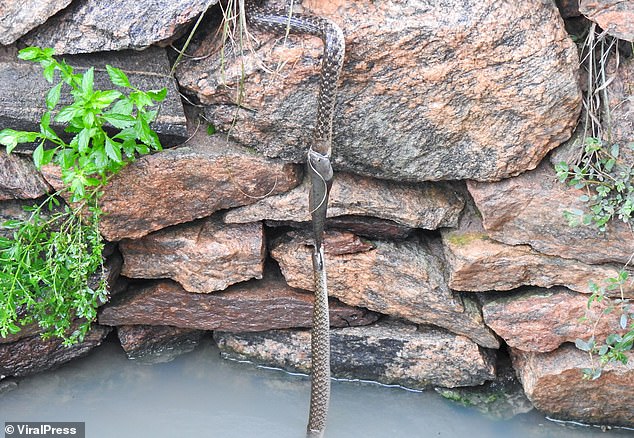 The checkered keelback, which is also commonly known as the Asiatic water snake, is a non-venomous serpent which is typically olive brown in colour with dark cross-bands.

The snakes reach between 50-75cm in length and can be found in creeks and swamps across Asia.

The serpent is most similar to the rough-scaled snake and will usually feed on frogs, fish and reptile eggs.