Goin’ down to Denver gonna have myself a time: Broncos fill the stands with 1,800 cut out characters from South Park all with face masks amid social distancing restrictions

The stands at the Denver Broncos’ Mile High Stadium at Empower Field were almost full on Sunday as organizers managed to get creative when it came to filling the seats.

Characters from the popular cartoon but also fictional Colorado town of South Park filled the rows.

The cutouts saw friendly faces everywhere, all of them masked, as part of social distancing restrictions during game against the Tampa Bay Buccaneers. 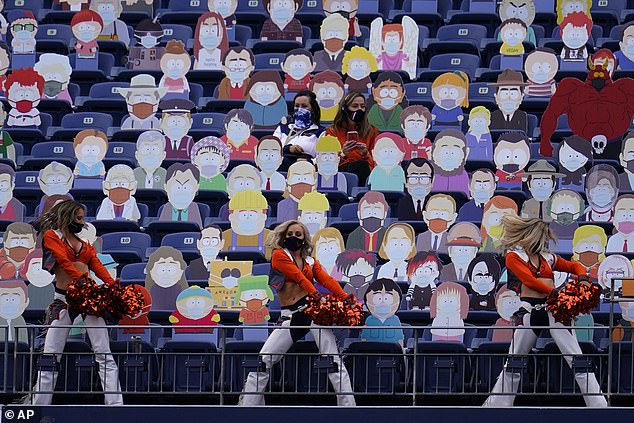 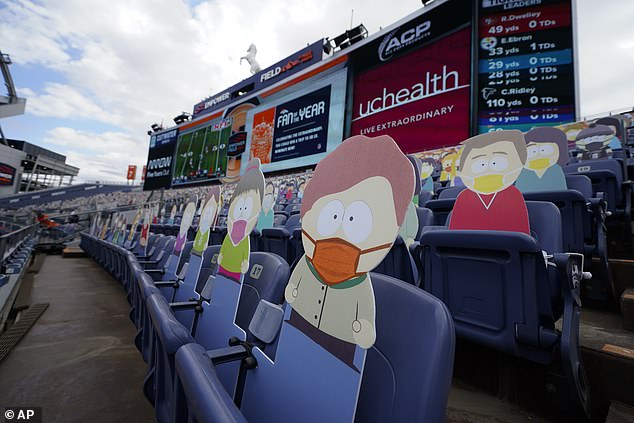 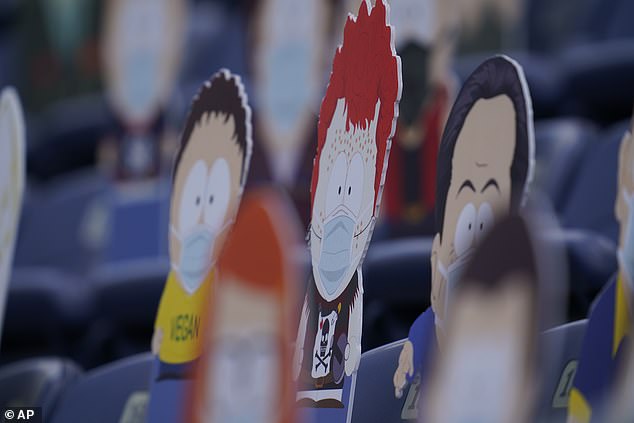 Joining the cartoon characters were 5,700 real human spectators in a stadium that would normally host 76,000 Broncos fans.

The Broncos had teased the stadium’s special guests during a video that was tweeted out on Sunday morning before the game saying the ‘Gang’s all here.’

Videos and photos show all the characters ranging from the main four boys to all of the minor characters including Officer Barbrady and Satan, were there in the stands. 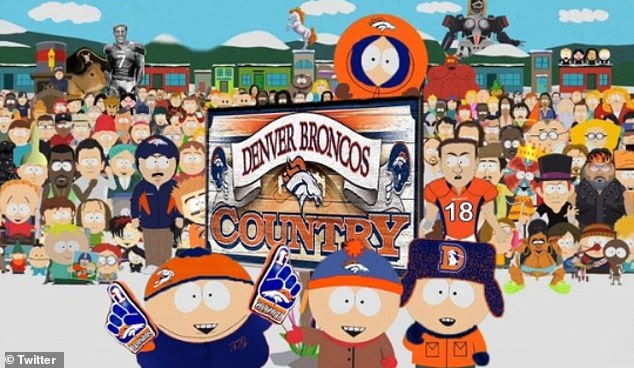 South Park is set in a fictionalized version of a real place in the state of Colorado, which the Broncos call home.

The pair both grew up in Colorado and met at the University of Colorado, Boulder which is where they came up with the idea for South Park.

On Wednesday, South Park will premiere its first ever hour-long ‘Pandemic Special.’ 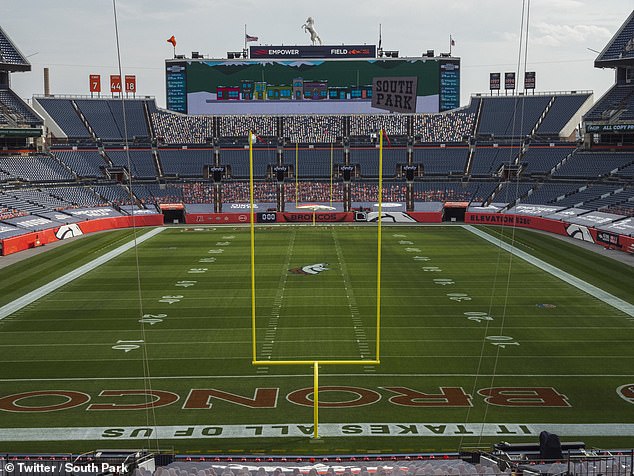 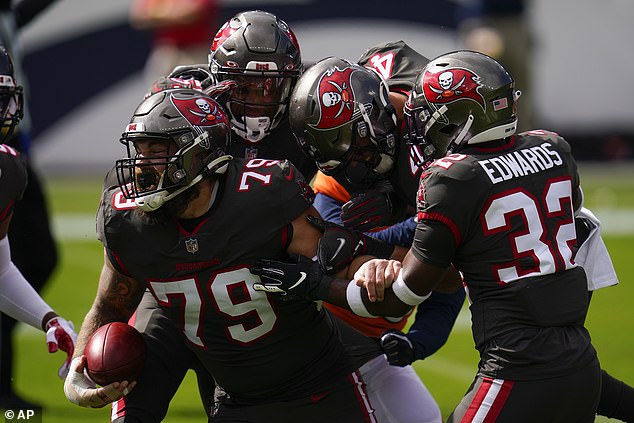 There were more than 1,800 cutouts attending the game alongside about 5,700 actual human fans in a stadium that normally holds 76,000 spectators