Both President Donald Trump and Democratic nominee Joe Biden will be in Minnesota on Friday as the state begins its early voting in the presidential election.

Trump will be in the northern part of the state where he’ll hold a rally at Bemidji’s airport on Friday evening while Biden will be 150 miles away in Duluth where he’ll visit a union training center in the afternoon.

Friday also marks the first day of Minnesota’s early voting period during a year many voters are expected to use the mail-in voting option because of the coronavirus. 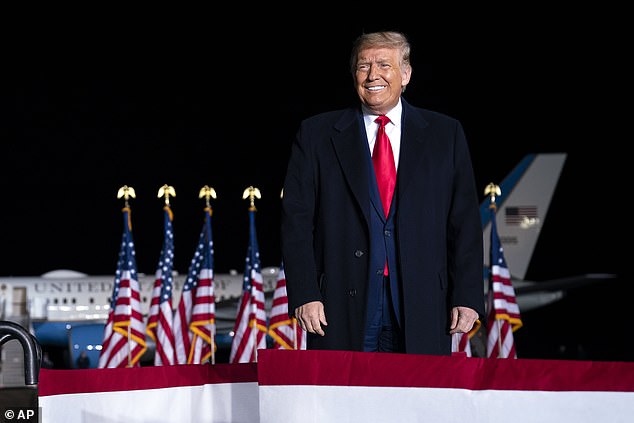 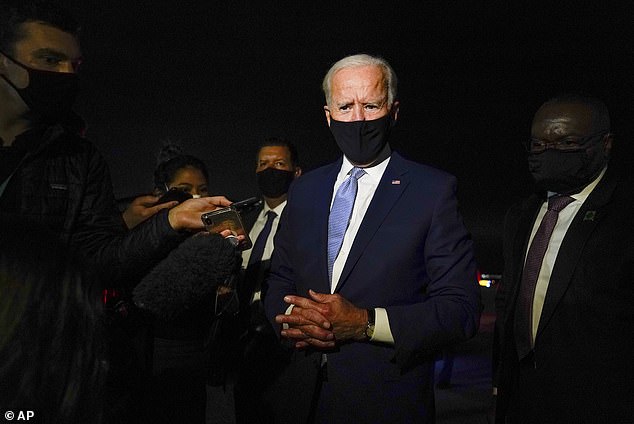 Secretary of State Steve Simon announced Thursday that he will mail an absentee ballot application to every registered voter in order to encourage people to vote from home.

‘The math problem is we’ve got about 3,000 polling places and we’re expecting roughly 3 million voters,’ he said. ‘This is very rough math and it wouldn’t really be like this this, but that’s 1,000 voters per polling place. If we can lighten the numbers of people at polling places, that’s a good thing for public health.’

Voters have until Election Day to mail in their ballots. All ballots post marked by Nov. 3 will be counted as long as they’re received by Nov. 10.

That also means Minnesota’s result may not be known immediately after polls close on Election Day in yet another sign the results of the 2020 election could take a few weeks to be confirmed.

Meanwhile, the governor has asked both campaigns to obey coronavirus restrictions while in the state, following safety guidelines on crowd sizes, masks and social distancing.

Democratic Gov. Tim Walz sent a letter to both camps, reminding them that state guidelines require events not exceed 25 per cent capacity or 250 people, whichever is less. Social distancing and face masks are required for indoor events while masks are strongly encouraged for outdoor events.

President Trump held events in Nevada over the weekend and in Arizona on Monday that violated those states’ restrictions on events due to COVID.

Trump campaign spokesperson Tim Murtaugh told the radio station there will be masks and hand sanitizer at the airport rally but noted the campaign wouldn’t limit attendance.

Bemidji is birthplace of the fictional Paul Bunyon and is in Beltrami County, which Trump flipped to his side in 2016. 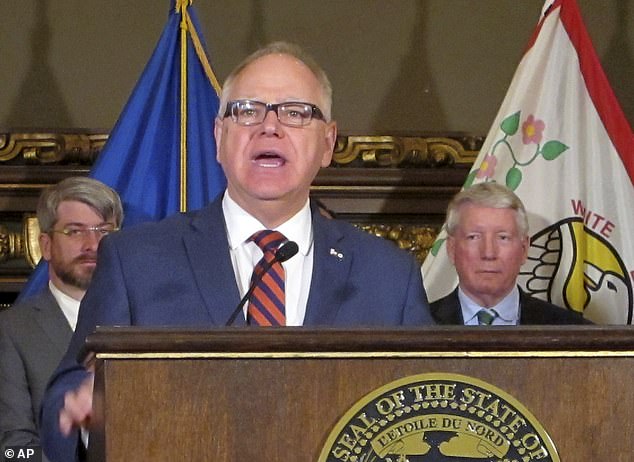 Minnesota Gov. Tim Walz asked both campaigns to follow COVID restrictions while in the state 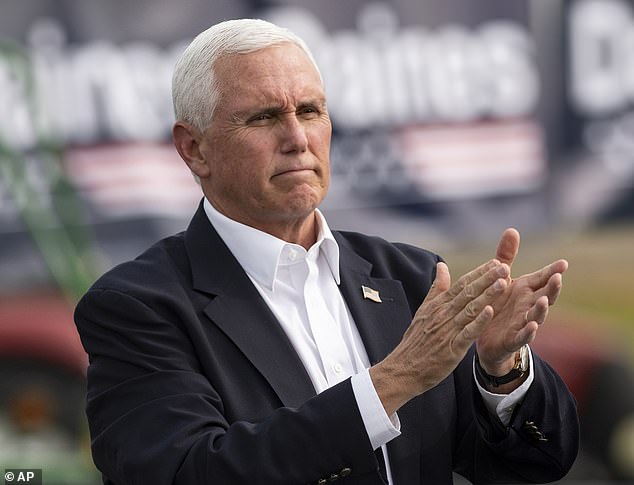 Both campaigns have been focused on the northern area of the state, called the Iron Range, known for mining and manufacturing.

The Trump campaign is seeking to flip Minnesota to its column after Hillary Clinton won it by less than one point in the 2016 election.

‘We’re actually looking at expanding the map now. I’ve been campaigning in Minnesota. So has the president,’ Vice President Mike Pence told The Hill newspaper earlier this week. ‘We think Minnesota is in play.’

But Minnesota and its 10 electoral votes could be a tough win for the Trump team. In an ABC News/Washington Post poll out Wednesday, Biden led in the state by 16 points.