Heartbreaking moment vintage £60,000 pink VW camper van is submerged by sea water after it got stuck on beach during wedding photoshoot

By Katie Feehan For Mailonline

These dramatic photos show the heart-breaking moment a businesswoman’s vintage VW Camper worth £60,000 got stuck on a beach and covered by the incoming tide.

Owner Kitty Orme, 41, said it was ‘devastating’ to watch as her pride and joy, which dates back to 1978, was swallowed up by the waves during a promotional photo-shoot.

Photos show the beautiful pink motor in five feet of water, with just the top of it peering above the waterline. 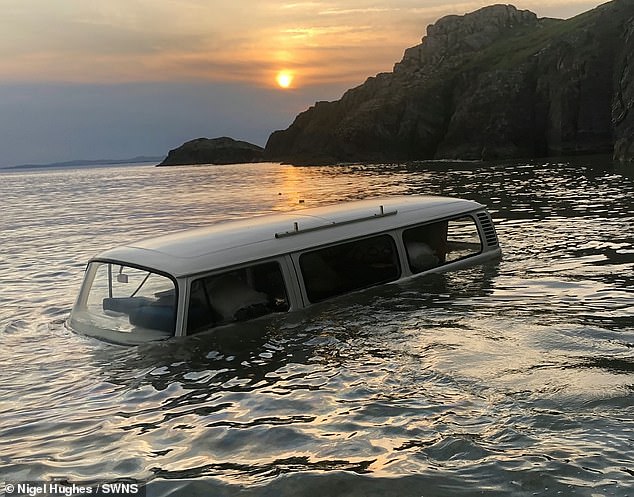 Pictured: The heartbreaking moment the vintage £60,000 pink VW camper van is submerged by sea water after it got stuck on the beach during a promotional photo shoot in North Wales 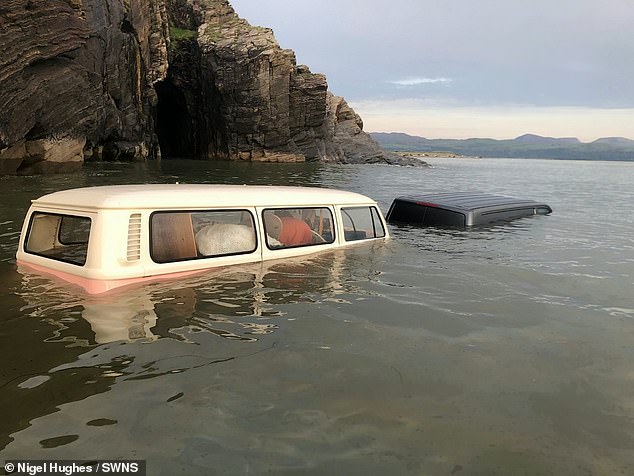 The van, dubbed Birdie by its owner, has been completely destroyed by the sea water

Luckily it didn’t float away and could be retrieved from the beach in North Wales after the tide went back out, however, Kitty said it has still been ‘destroyed’.

The incident happened on Tuesday, when Kitty was hosting a promotional photoshoot on the beach with her car, which she affectionately named Birdie.

She went to move the Camper at around 4pm when the tide started coming in but was unable to because the wheels were stuck in the sand.

Kitty enlisted the help of locals to try and help tow her to safety, but their efforts were in vain and all she could do was watch as the water submerged the car.

It was recovered hours later close to midnight.

Kitty said: ‘It was absolutely horrendous to see. That Camper is my pride and joy and so important to me, to see it end up like that was heartbreaking.’ 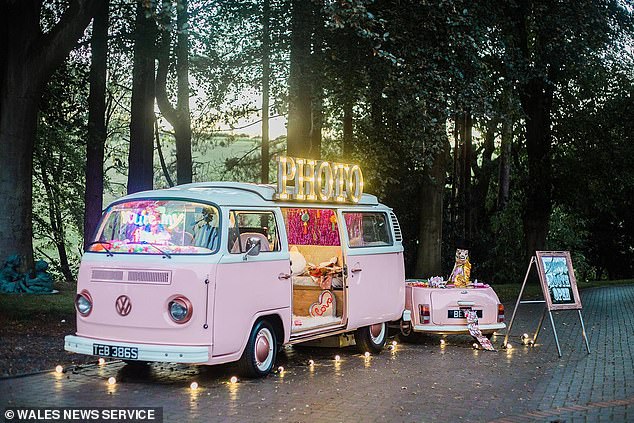 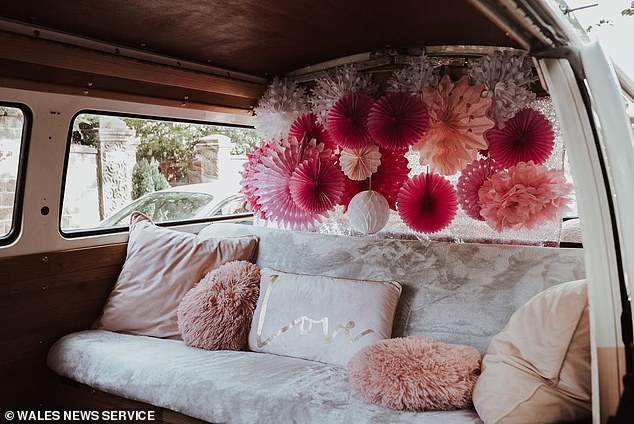 Kitty uses Birdie as a photo booth on wheels and travels the country to weddings and festivals.

Her business was hit hard by the pandemic and Tuesday’s incident has served as a second devastating blow.

She said: ‘Wedding suppliers are already in a dreadful position, being unable to work and know when weddings of larger numbers will happen again.

‘The accident on Tuesday is going to effect many people.’

Because Kitty was hosting a shoot a number of traders had their valuable bespoke items on board, lots of which were destroyed by the water.

She has set up a crowdfunding page to help raise money for all those affected and to show their gratitude to the coastguard who helped them recover the vehicle.