A bitter deadbeat dad callously executed his estranged son with a hunting rifle after gunning down the teen’s girlfriend in front of him.

The Polish immigrant had barely seen his son since his ex-wife threw him out 15 years ago and recent attempts to reconcile ended in tragedy.

Details of the horrific double murder can now be revealed after the truck driver pleaded guilty in Mount Gambier Magistrates Court on Monday. 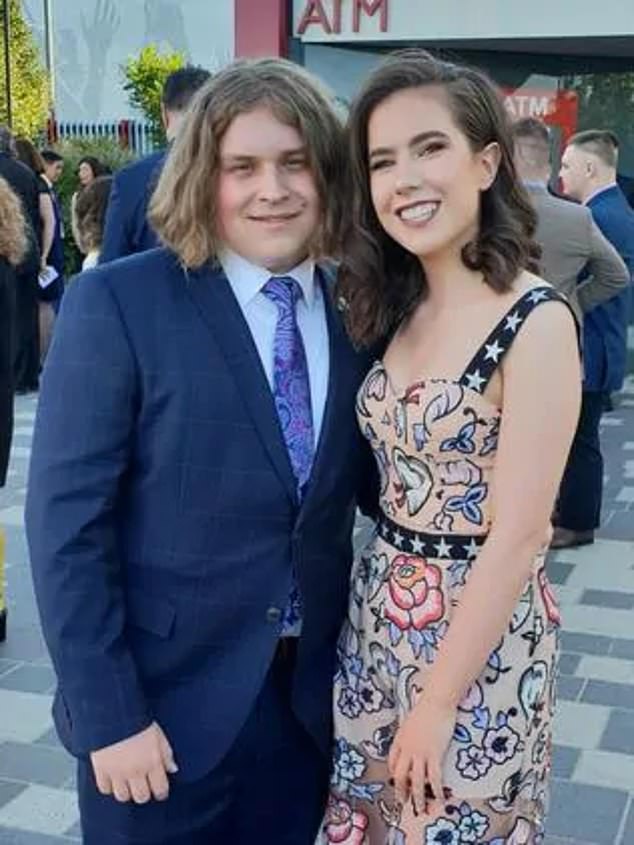 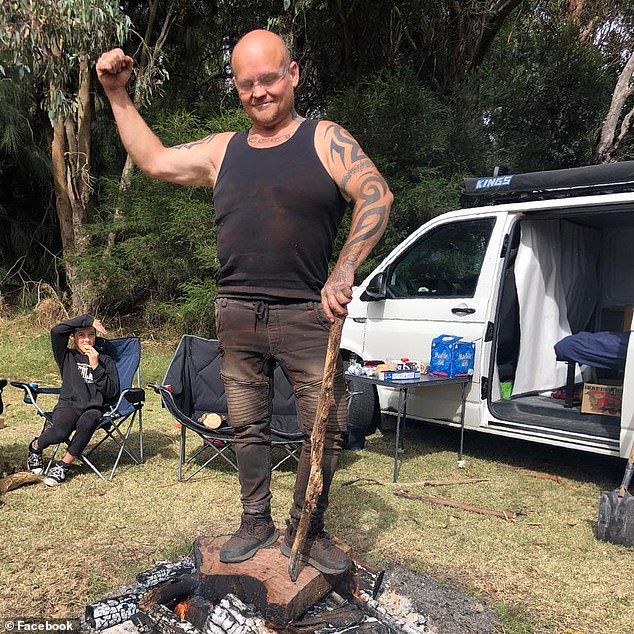 Kłosowski, 46, (pictured) pleaded guilty to two counts of murder for shooting his estranged son and his son’s girlfriend dead 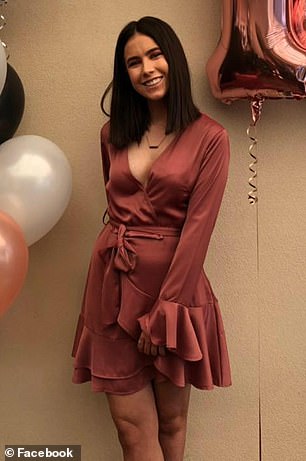 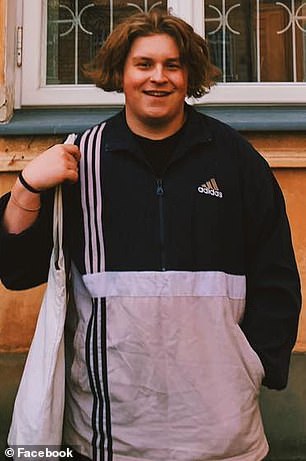 Chelsea Ireland and Lukasz Kłosowski, both 19, were shot dead at the property in southeast South Australia during a family gathering

Kłosowski was hosting a family gathering at the rural home he shared with his new wife Monica, a source close to the family told Daily Mail Australia.

Lukasz was known to voice his disgust at his father’s ‘drunken chauvinism’ and a heated argument broke out around the fire drum outside.

He and Chelsea left to an upstairs guest room for the night, but an angry Kłosowski fetched his rifle, either a .303 or .308, and stormed in at about 11.30pm.

The source said Kłosowski shot Chelsea first, at close range, before turning the gun on his son and going back downstairs.

But several minutes later he walked back upstairs and shot Lukasz in the face to make sure he was dead.

‘Whatever Lukasz said must have really got to him and he’s stewed on it for a while then gone and popped them both,’ the source said. 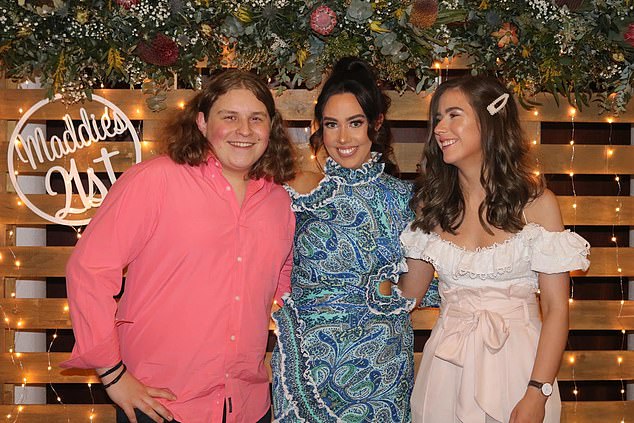 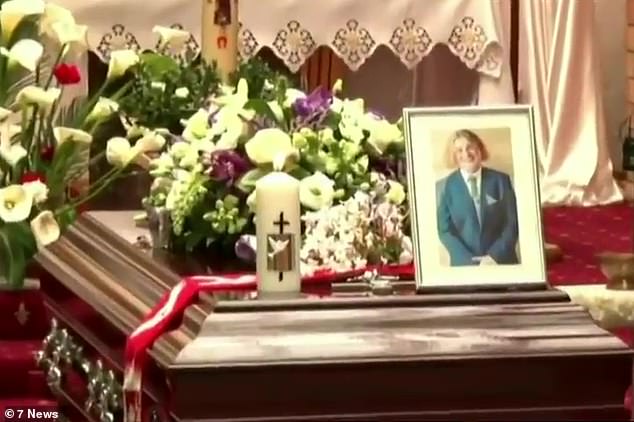 Pictured: Lukasz was farewelled at an intimate funeral as flowers and a photograph of him was laid on his coffin

Monica and two of her three young children were awake at the time and heard the at least three shots, then witnessed the bloody aftermath.

Kłosowski at least saved two shattered families, plus heartbroken friends, the pain of a trial by confessing to two counts of murder just a month later.

Confrontation between father and son was no surprise to old friends of the hotheaded, macho firearms enthusiast.

‘There was a lot of animosity because the kid would speak his mind to his old man about his drinking and his pig-headed attitude,’ one said.

‘He didn’t like how he talked about his mother and how much of an a***ehole he was when he was drunk, either.’

Kłosowski even ‘slapped him around’ at his brother’s house years earlier in another argument sparked by a Facebook post the boy made about his father’s antics. 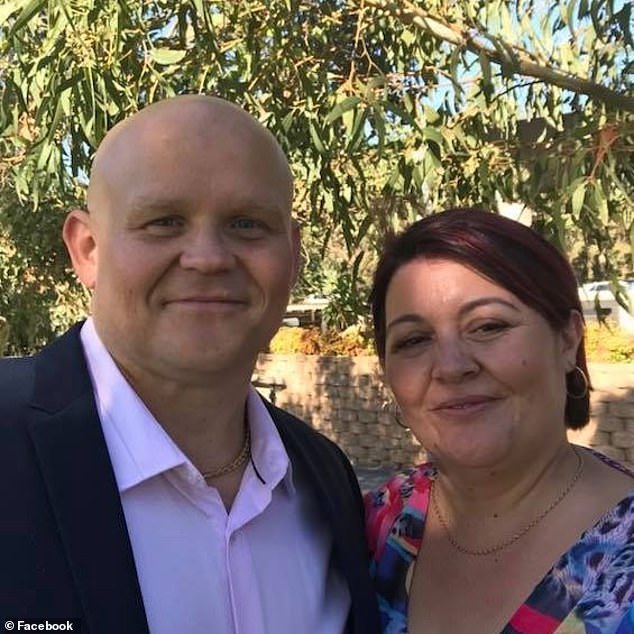 The young couple lived in Adelaide and were visiting Kłosowski’s property, where he lives with Lukasz’s stepmother Monica (pictured together), for a family gathering 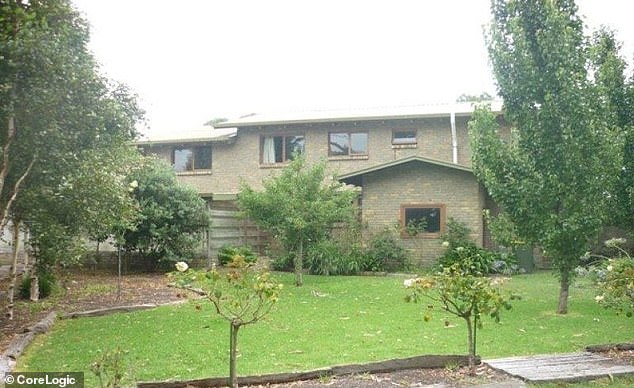 Kłosowski and his ex-wife Magdalena broke up about 2005 when Lukasz’s was four, and has since remarried with another son.

Photos of Lukasz about that time show him with his mother, and another clutching a decoration reading ‘Sto Lat (Happy Birthday) Lukasz’.

Magdalena is said to have limited contact between them on account of her ex-husband’s drinking, which old friends said caused frequent mayhem.

‘His problem his whole life has been alcohol. She left him because he was a p**shead,’ one said.

‘Paul and his mates would drink vodka to oblivion every weekend. I can’t tell you how many car accidents they had because they were hammered.’ 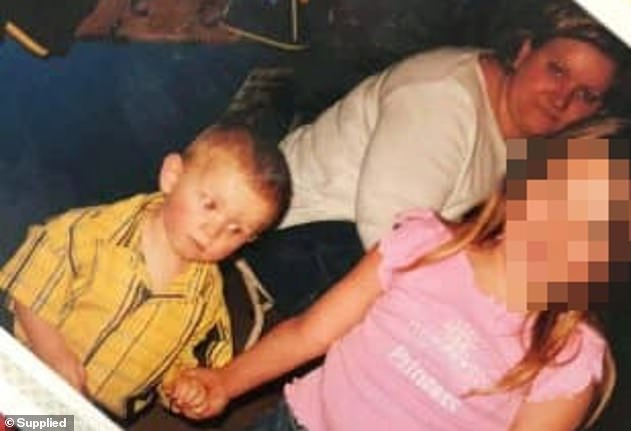 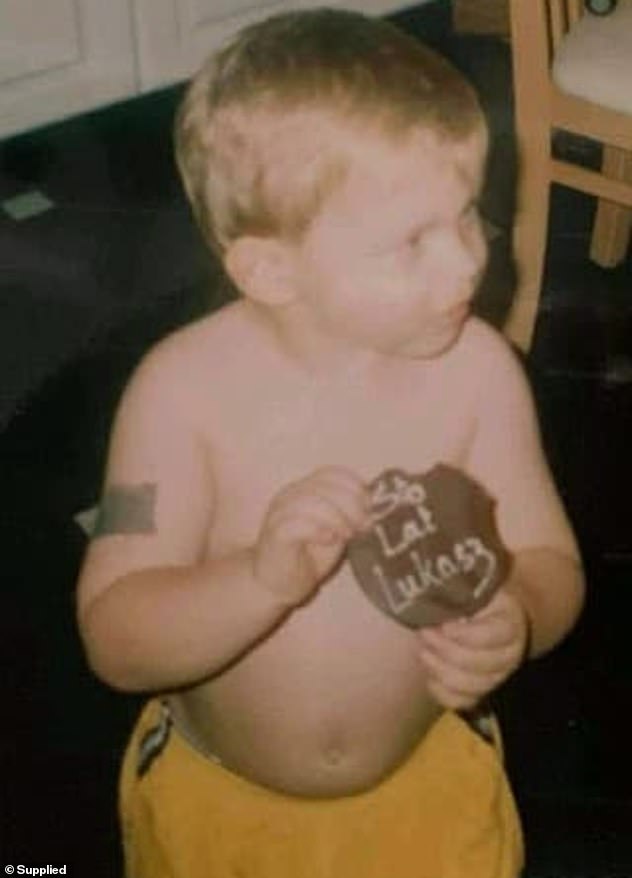 A series of drink driving convictions followed, but Kłosowski was allowed to get his truck licence and own a gun in the past few years.

Friends said he was aggressive when drinking, leading to numerous drunken fights between his crew and others at the Polish club in Adelaide.

‘Paul holds a grudge, he will never let anything go. He’ll bring up little things that happened years ago,’ a friend said.

‘He had a temper and a very short fuse, which was even worse when he was drunk, you had to walk on eggshells.’

A friend said this behaviour did not improve with age as even in the past year he was at frequent rowdy bonfires. 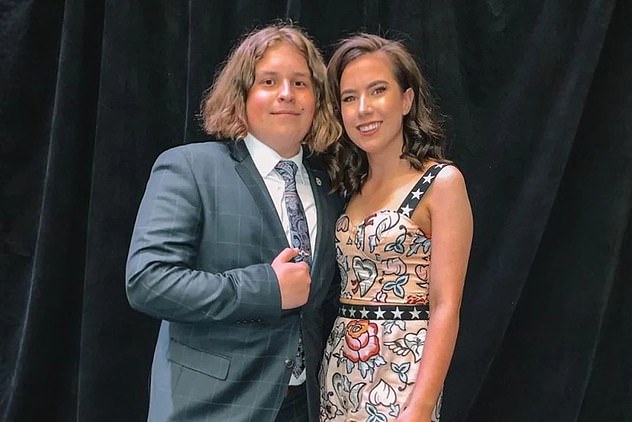 Chelsea Ireland (right) and Lukasz Kłosowski (left), both 19, were shot on August 23 after an argument at a family gathering in Mount McIntyre, South Australia 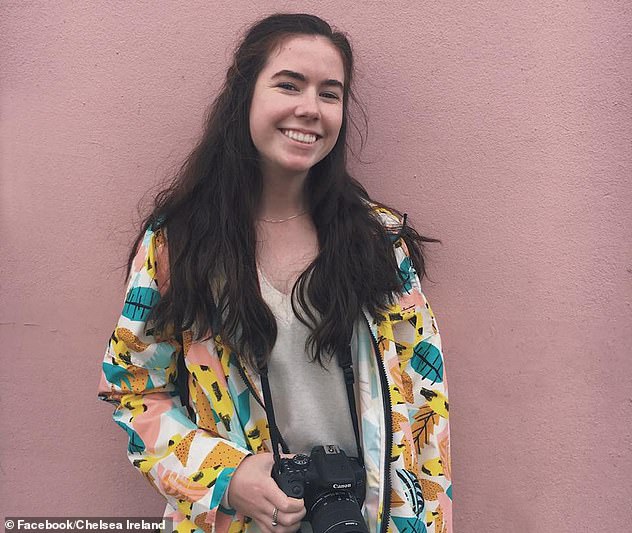 When she was just 15 years old, Chelsea watched a YouTube video that inspired her to donate her waist-length brown locks to cancer patients

Lukasz, by stark contrast, was remembered by those who knew him – far better than his dad – as a funny and gentle young man with a good head on his shoulders.

He was studying journalism at the University of South Australia while working at KFC and was close to his childhood sweetheart Chelsea’s family.

After years of ignoring his fatherly duties, the future kinslayer decided to get back in contact when he moved from Adelaide to Mount McIntyre and married Monica.

Contact was sparse and tense with Lukasz objecting to his father’s boorish drunkenness. Chelsea only ever met him four times.

Kłosowski noted his son’s absence from numerous family photos with his three stepchildren and called him ‘a stubborn little s**t’.

Exactly what led to the final, deadly, confrontation will be detailed when Kłosowski faces the South Australian Supreme Court on November 2 for his first sentencing hearing.