Militant vegan activist, 28, is charged after allegedly vandalising 10 Melbourne restaurants that have already been crippled by Victoria’s draconian lockdown

Struggling restaurants in Melbourne have been dealt another blow after being allegedly vandalised by a vegan activist.

Greta Izurit, 28, is accused of using a street sign to smash windows belonging to ten restaurants in Clayton South, on Monday evening.

She was charged with ten counts of criminal damage and has been remanded in  custody to face Moorabbin Magistrates’ Court on October 6. 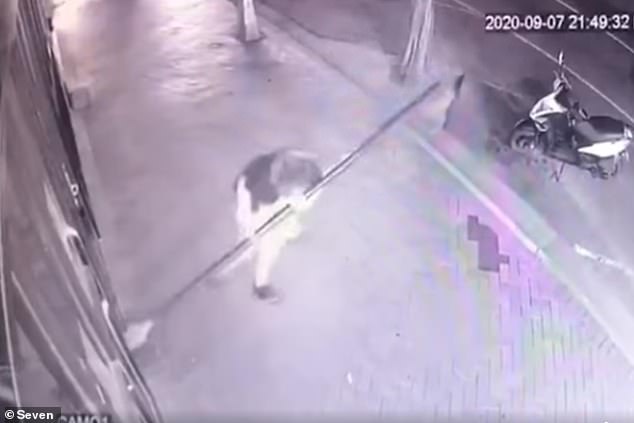 Kebab shop owner Sophia Eroglu, whose store was damaged, said the woman had earlier inquired about what goods she sold.

‘She asked, ‘Do you sell any animals?’ Ms Eroglu said.

‘We said ‘Yeah, lamb and chicken’.

‘Some people are vegetarian but we have to respect each other, you know what I mean?’

The alleged late-night rampage took place during Melbourne’s strict curfew, which demands residents remain at home between 8pm and 5am.

The affected businesses include a butchers, restaurants and takeaways. 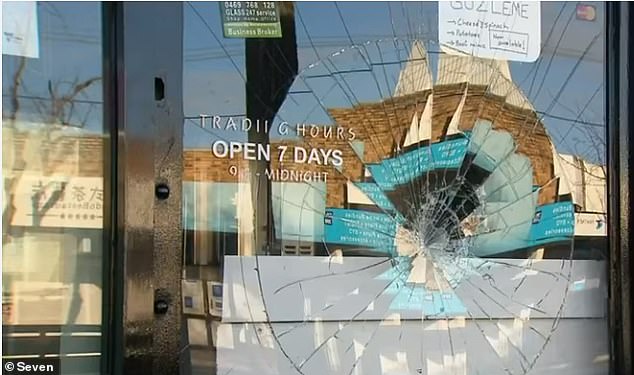 The alleged crime spree targeted meat-selling businesses along a strip in Clayton South. Pictured: One of the store allegedly damaged in the late-night attack

One shop owner said the alleged crime spree would have a devastating impact on businesses already struggling amid the coronavirus pandemic.

It is not the first time animal activists have taken to vandalising businesses for the sake of their cause.

In June last year,  the glass of Brisbane-based Clancyjames Butchery was smashed with the graffiti ‘meat is murder’ smeared on the front window in red.

A 24-year-old man was charged with willful damage.