The 25-year-old posted a throwback photo to his time playing with Team World in the Laver Cup on Wednesday, sparking the German legend to rile his up.

Kyrgios captioned the post ‘different breed’, before Becker commented ‘in your dreams’.

The world number 42 bounced back at the 52-year-old, commenting that Becker was ‘hating like a little groupie’. 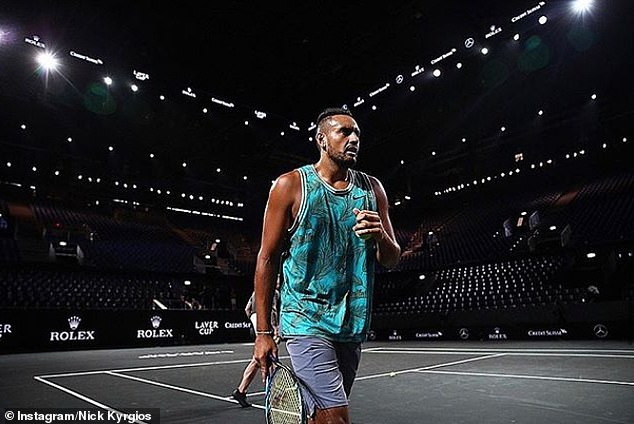 ‘Lingering around like a bad smell, maybe hoping to get more likes and follows. Unfortunately never be as influential,’ Kyrgios wrote.

‘He’s gone from wanting to coach me, obviously for his desperate need of a pay check, to hating on my Instagram. Strange world we live in,’ Kyrgios posted.

The pair have endured a consistent online feud in 2020, as Kyrgios has been outspoken of tennis stars and their behaviour amid the coronavirus pandemic. 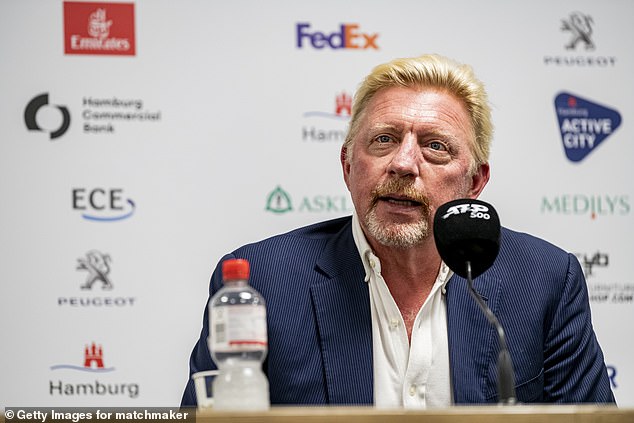 The incident sparked Becker to label Kyrgios a ‘rat’.

‘Don’t like no #rats ! Anybody telling off fellow sportsman/woman is no friend of mine! Look yourself in the mirror and think your better than us,’ Becker tweeted.

‘Boris Becker is a bigger doughnut than I thought,’ Kyrgios replied. ‘Can hit a volley, obviously not the sharpest tool in the shed though.’

Kyrgios continued to tweet through the US Open, which he elected not to play in like several other top ranking players due to concerns relating to COVID-19.

He was critical of Spaniard Pablo Carreno Busta, who reached the semi finals in New York, sparking Becker to take aim at the young Aussie.

‘He has become a loudspeaker, criticizes other players and doesn’t do anything himself. I don’t know athletes like that.’ 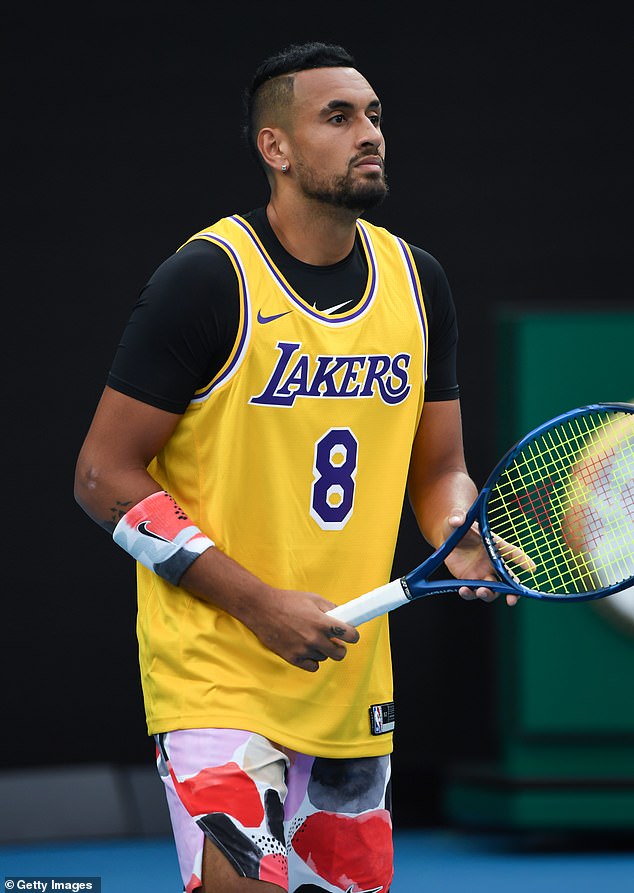